After Midwest Expansion, Hard Rock May Have Georgia on its Mind


GARY, Ind. – It’s been a busy few months for Hard Rock International, especially when it comes to its Midwest gaming ventures. 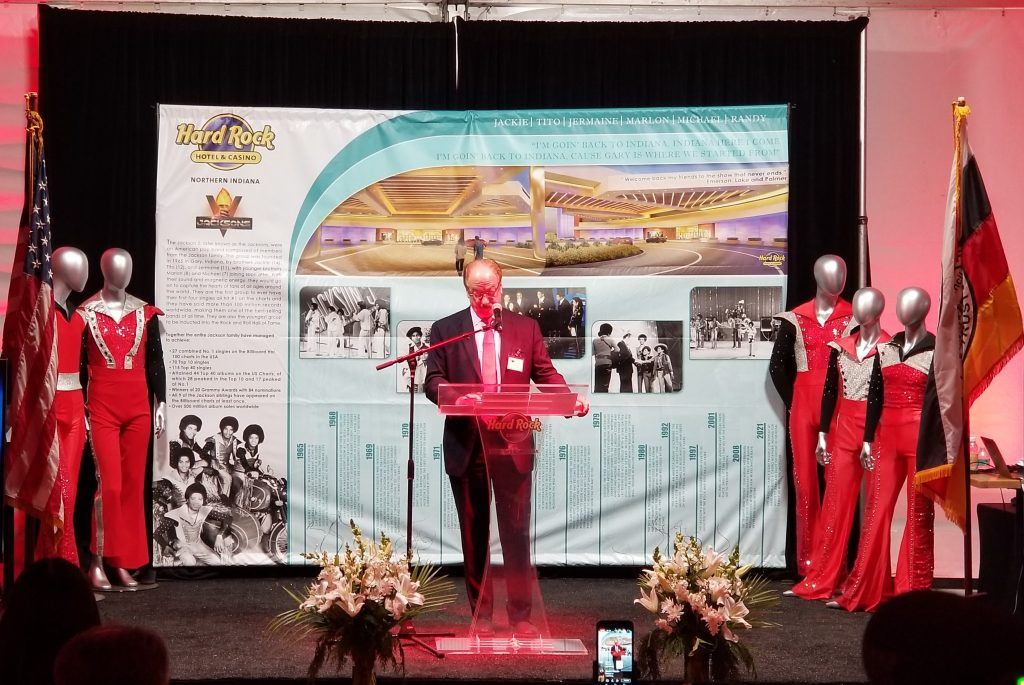 Since September, the company owned by the Seminole Tribe of Florida, has closed on its purchase of JACK Cincinnati Casino, was picked by Rockford, Ill. officials for its proposed casino, and applied with Spectacle Entertainment for two casinos in Indiana.

After getting approval from the Indiana Gaming Commission (IGC) for Hard Rock Northern Indiana, Hard Rock’s COO Jon Lucas and Seminole Tribal Chairman Marcellus Osceola went to Gary last week to celebrate the groundbreaking of the $300 million casino project with Spectacle officials, local and state leaders, and members of the iconic musical group the Jackson 5.

“We’re excited about delivering this product to northwest Indiana, to Gary,” Lucas told a standing room only crowd at the groundbreaking. “It will be a first-class facility.”

Hard Rock officials may find themselves back in the Hoosier State again in the not-so-distant future. The IGC has a meeting set up for Feb. 7 to discuss the license for the Vigo County casino. Commissioners will meet in the central Indiana county that sits on the Illinois border, and Spectacle-Hard Rock was the only applicant for the license.

If approved, the Vigo County casino would become Hard Rock’s 15th such venue. The gaming company also awaits word from the Illinois Gaming Board on its Rockford application.

So, where does Hard Rock go from here?

The company is involved with a group pitching a casino project in Bristol, Va., that is contingent on Virginia lawmakers reaffirming casino legislation this year and a subsequent referendum. The Bristol project also faces possible competition from a consortium involving the Eastern Band of Cherokee Indians. It’s also eyeing additional opportunities in California.

But beyond that, Lucas told Casino.org at the Gary groundbreaking that the company is looking further south for new markets.

I think Georgia is a potential opportunity for us, and if anything ever happened in Texas, we would certainly explore that as well,” Lucas said.

Texas lawmakers aren’t currently scheduled to meet again until next year. That means The Peach State may wind up next for the international entertainment and hospitality company.

The Push for an Amendment

State Rep. Ron Stephens (R-Savannah) is one of three Georgia lawmakers currently working to shepherd a constitutional amendment through the state legislature that would allow casino gaming, sports betting, and horse racing.

It comes as the fast-growing state is looking for more revenue. Funds from the Georgia Lottery used to fully fund scholarships for college education. But as Stephens told Casino.org, the influx of people now has reduced the scholarships to funding about 70 percent of college costs.

The current version of the plan would allow up to six casino resort facilities across the state. Those would fall in line with similar projects Hard Rock has developed elsewhere. Stephens, who chairs the Georgia House Economic Development Committee, said there’s already been talk from developers about a $1 billion, or larger, destination complex near the Atlanta Motor Speedway in suburban Hampton, he said.

On the same day Hard Rock officials helped break ground in Gary, Ind., more than 200 attended a hearing at the Georgia speedway devoted to expanded gaming.

“Standing room only at the raceway,” Stephens said. “These folks that live right there close to the speedway, even in the next city… They were begging us to do this.”

Other possibilities include communities along the Interstate 95 corridor in the eastern part of the state. Officials in Columbus, which sits on the Alabama border, also have expressed interest.

For the constitutional amendment to pass the legislature, it needs a two-thirds majority in each chamber. Then, it needs to pass a voter referendum. If that succeeds, communities seeking a casino resort would then have to pass a local-option referendum.