After Wilder KO in Rematch, What’s Next for Tyson Fury


Tyson Fury put on a clinic for seven rounds on Saturday night, dominating Deontay Wilder and knocking him out in the seventh round to claim the WBC World Heavyweight title at the MGM Grand Garden Arena in Las Vegas. 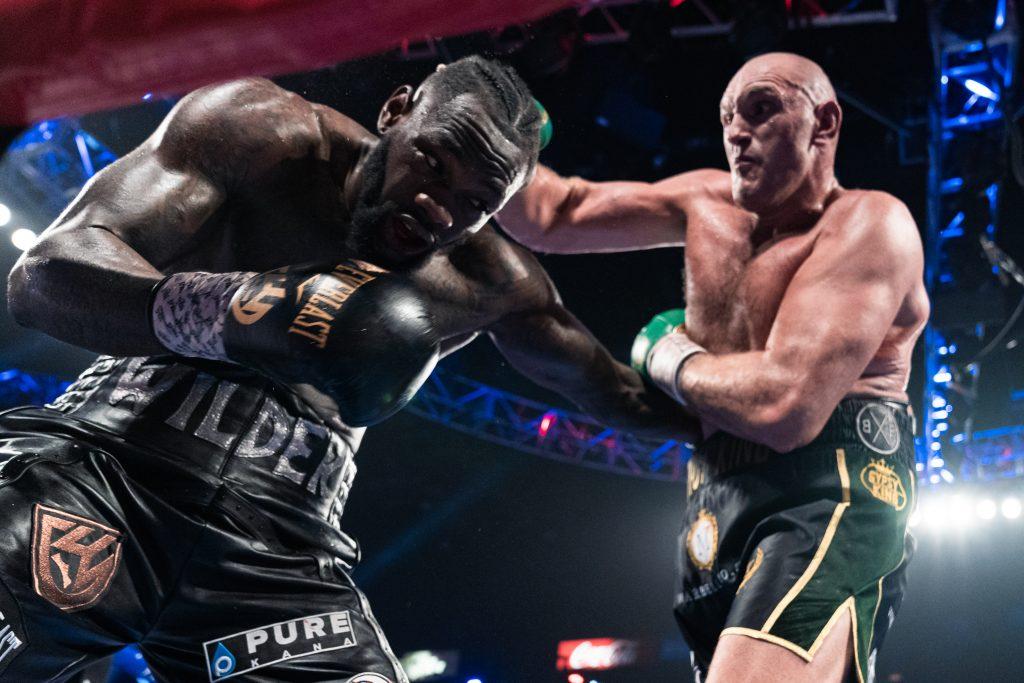 Fury, who entered the bout as the lineal heavyweight boxing champion, won as a slight underdog in a battle of undefeated fighters. It came nearly 15 months after the two fought to a draw.

Fury survived two knockdowns in the first fight, including one in the 12th round. It was at that time, he said he realized he needed to change his game plan. He worked on a new attacking style and was unafraid to go after a boxer in Wilder who had 41 knockouts in 43 fights.

Tonight was my night, and I was never going to let anyone take it from me,” Fury said in the post-fight press conference.

Both fighters added weight from their bout back in December 2018, but Wilder could not withstand the attack. He was knocked down twice in the bout, in the third and sixth rounds. Blood poured from his left ear, and he seemed to have some problems maintaining his balance.

As Fury cornered Wilder in the seventh and continued his devastating attacks, Mark Breland, one of Wilder’s corner men, threw in the towel to stop the fight. It was a move that neither Wilder nor Jay Deas, his trainer, supported.

“I make no excuses tonight,” Wilder said in the ring moments after suffering his first loss as a professional. “I just wish my corner would have let me go out on my shield. I’m a warrior. He had a great performance and we will be back stronger.”

Who’s Next: Joshua or Wilder III?

The question becomes what’s next. Per the contract Wilder and Fury signed, the loser of the match has the right to call for a rematch. That must come, though, within 30 days, and if Wilder makes the request, he must agree to take just 40 percent of the purse for the third bout.

In the post-fight press conference, both camps indicated they expected Wilder to trigger the clause. However, depending on the severity of Wilder’s injuries, it might determine when a third Wilder-Fury match could occur.

While both sides said after Saturday’s fight that they expected a rematch, there’s a potentially way more lucrative fight out there right now for Tyson Fury. That would be a heavyweight unification bout against fellow Brit Anthony Joshua, who holds boxing’s IBF, IBO, WBA, and WBO belts.

“No need for a third let’s go straight to it in the Summer!” tweeted Joshua’s promoter Eddie Hearn shortly after Fury won, adding the hashtag “undisputed.”

Even oddsmakers got into the fray, posting odds for a potential Fury-Joshua fight early Sunday.

PointsBet listed Fury as the -250 favorite with Joshua getting odds of +175. John Murray of the Westgate SuperBook tweeted the Vegas sportsbook opened at -260 for Fury and +210 for Joshua. Both sportsbooks say the fight must take place this year.

The Gypsy King wasn’t the only big winner on Saturday night. Sportsbooks cashed in as well on the heavyweight boxing title fight.