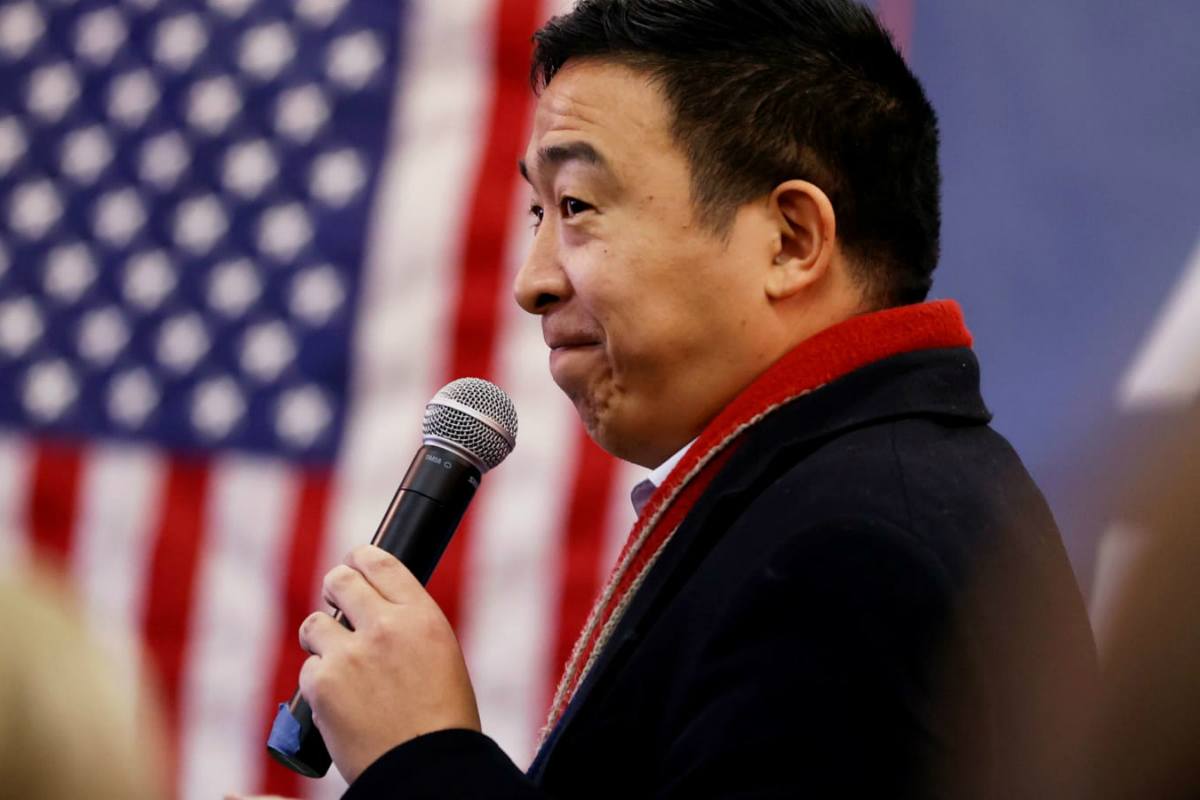 According to Real Clear Politics, Yang is polling at just 3.6 percent to secure the 2020 Democratic nomination. Pollsters have been much-criticized since their 2016 flub, prompting many to look to new election projection models. That includes Yang, who referenced an online offshore sportsbook offering head-to-head prop match-ups that show he could defeat Trump.

“The number one criteria that Democratic primary voters have for the nominee is what? Beat Donald Trump!” Yang said at a New Hampshire town hall last week.

People who are betting their hard-earned money on these head-to-head match-ups have me as the heaviest favorite against Donald Trump in the general election,” Yang explained. “Everyone else, including Bernie (Sanders), is, at best, even money.”

Offshore sportsbooks, which people inside the US aren’t legally permitted to access, have Yang favored against Trump in a 2020 hypothetical at -150. Those odds imply he has a 60 percent chance of beating the President.

Following Yang’s reference to the 2020 odds, it quickly became apparent that much of the nation is in the dark when it comes to the legality of betting on politics.

Though legal sportsbooks are operational in 14 states, a number that will only expand in the coming months and years, oddsmakers in the US aren’t currently permitted to take action on election outcomes.

So, when one sees “Vegas odds” on a political election, those odds aren’t being set by a licensed sportsbook in Nevada, but an offshore bookmaking operation. That could change in the coming years, but, for now, regulators aren’t allowing political lines.

PredictIt is one exception, the online betting exchange that operates in the US through a “no-action relief” letter issued by the Commodity Futures Trading Commission. PredictIt’s betting data is used for educational purposes, and allows users to buy up to $850 worth of shares of a political outcome market.

As for the 2020 Democratic presidential nomination, Vermont Sen. Bernie Sanders has extended his lead. His shares of securing the ticket are now at 46 cents. Billionaire Michael Bloomberg is next at 23 cents, and former South Bend Mayor Pete Buttigieg third at 13 cents.

The odds of former VP Joe Biden running against Trump continue to lengthen. His PredictIt shares for the Democratic nod are now at just 12 cents – down from 41 cents a month ago.

Biden’s campaign is said to be struggling to raise money, and he continues to make rather strange remarks. Yesterday, Biden called a New Hampshire college student a “damn liar” and a “lying, dog-faced pony solider.” It’s the second time he’s used the jab.

Biden says the line is from a John Wayne movie. But no such line has been found in any of the late actor’s films. However, in the 1949 film “She Wore a Yellow Ribbon,” the narrator says the words “dog-faced soldiers.”