The Baltimore Ravens are burning oddsmakers in Las Vegas and across the country, and that’s prompted one sportsbook to make the team the new favorite for Super Bowl 54. 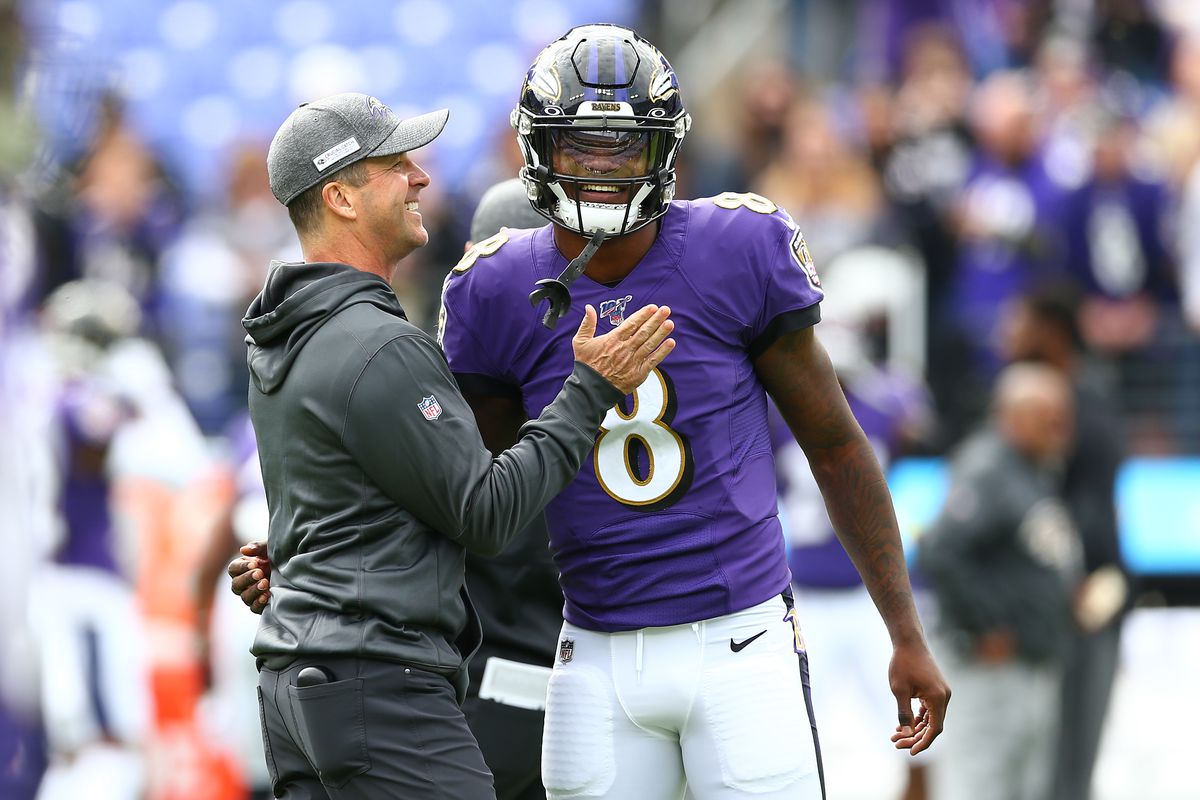 The Westgate SuperBook in Las Vegas released updated Super Bowl odds this morning, and Baltimore is the shortest at +300. The New England Patriots – the perennial favorite this year – trails closely at +350. A $100 bet respectively nets $300 and $350 on those odds.

The SuperBook slashed Baltimore’s championship odds from +450 after the Ravens dismantled the Los Angeles Rams 45-6 on Monday Night Football. The adjustment takes their implied odds of winning the Vince Lombardi Trophy from 18.18 percent to 25 percent.

The ESPN Football Power Index now has the Ravens ranked No. 1. According to the computer simulator prediction machine, Baltimore has a 25.9 percent chance to win the Super Bowl. The Patriots are second at 25.3 percent, and San Francisco 49ers third at 14.6 percent.

The Baltimore Ravens were only 3.5-point favorites last night in Los Angeles against the Rams. The sharks bet heavily on the visitors, several oddsmakers saying Baltimore was the biggest liability of the NFL season to date.

MGM sportsbooks took five times as much money on Baltimore as Los Angeles. DraftKings revealed 78 percent of the money was on the Ravens, with FanDuel saying 76 percent was on the favorites. William Hill said it, too, was rooting for the Rams.

Bettors who had large wagers on the MNF game didn’t have to wait long to see the outcome. Baltimore went up quickly, and took a 28-6 lead into halftime.

Ravens QB Lamar Jackson electrified once again, finishing with five touchdowns on 15/20 passing and no interceptions. He also ran eight times for 95 yards.

That’s just operating at the highest level you can operate as a quarterback,” Ravens coach John Harbaugh said.

The Ravens and Patriots have the shortest Super Bowl odds, but they of course can’t meet in the big game, as they’re both in the AFC. FanDuel has props on the potential matchup scheduled for February 2 at Hard Rock Stadium in Miami.

The AFC team is expected to be favored, as the sportsbook has the winning Super Bowl conference at AFC -150, NFC +124.