Ben Askren Favored to Get Back to Winning Ways vs. Demian Maia


Ben Askren will look to get back into the win column after suffering his first career loss back in July when he takes on Demian Maia in the main event of UFC Fight Night 162 in Singapore on Saturday. 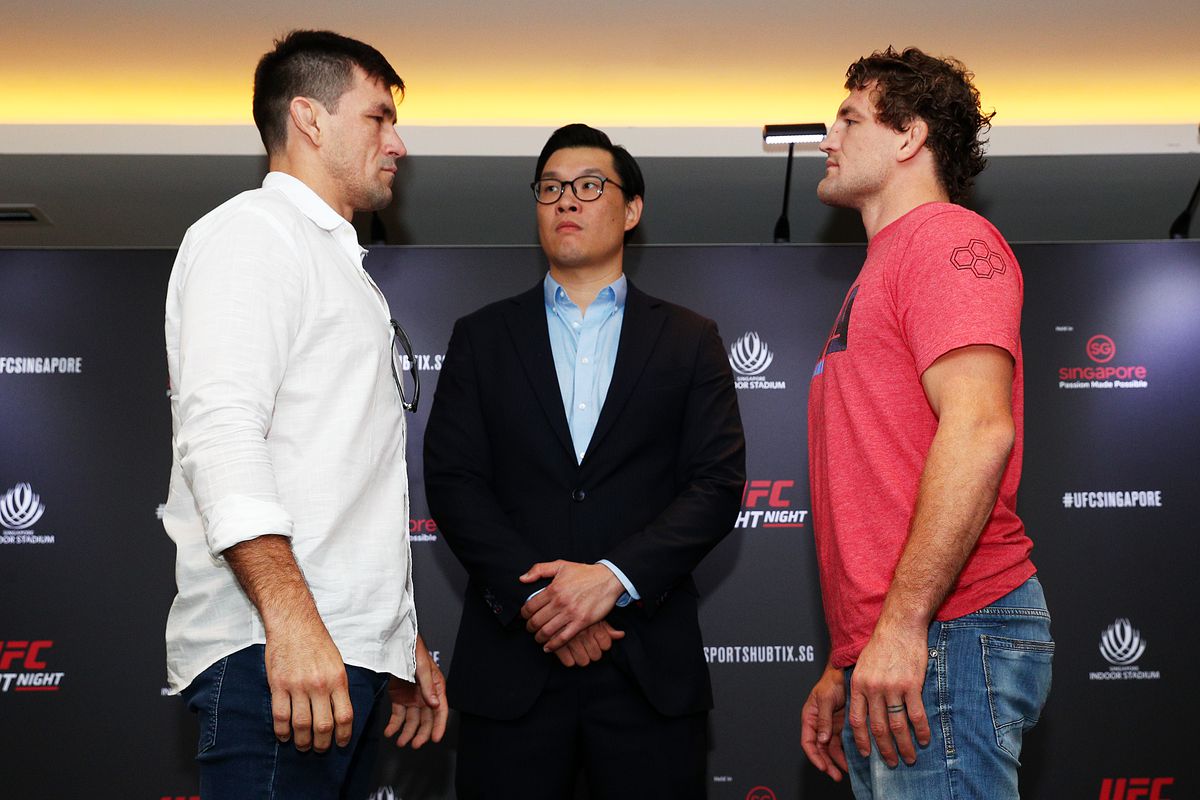 Ben Askren (right) will take on Demian Maia (left) in the main event of UFC Fight Night 162 in Singapore on Saturday. (Image: Zuffa)

Askren is a -182 favorite over Maia (+150) in the bout, according to DraftKings Sportsbook.

For Askren (19-1), the fight represents a chance to get his career back on track following a stunning loss to Jorge Masvidal. That fight lasted just five seconds before Masvidal finished Askren with a flying knee in what went down as the fastest knockout in UFC history.

But while that loss may have been humbling for Askren, it hasn’t stopped him from looking for ways to get back into the UFC welterweight title picture.

Obviously, I have to get the win on Saturday,” Askren told TMZ. “Once I do that, I can go to work calling people out and see where that can take me. But I don’t feel like I’m too far away from the top.”

Maia (27-9) is a veteran with strong Brazilian jiu-jitsu skills, which should set up an interesting matchup against Askren, who is an elite wrestler. That could turn the fight into a grappling contest, and for the first time in his career, Askren isn’t certain that he has the advantage in that area.

“For Demian, it’s like, I can’t dive in there on shit takedowns and then figure out how to get on top of him and beat him up,” Askren told TheScore.com. “I need to set my takedowns up really well. I need to execute on them, and end up in a good position. The intellectual chess of that has been fun preparing for it.”

The co-main event features a battle between American lightweight Michael Johnson (19-14) and Scottish star Steven Ray (22-9). While Ray was once one of the UFC’s most promising prospects in the division, he has lost three of his past four fights, and could use a win against an established name like Johnson, who has fought many of the best names in the weight class – even if he has come up short against most of them.

While that resume makes Johnson a challenging opponent for Ray, the Scotsman says that he’s more worried about the American’s skills rather than the impressive list of fighters he has taken on in the past.

“My coaches and I have watched a lot of his fights,” Ray told the Daily Record. “We know he is very fast, is a good wrestler and has excellent boxing, but I am very well prepared and that creates confidence. This will be a very tough fight, but I know I can beat him.”

Bookmakers aren’t nearly as confident in his chances. DraftKings has Johnson listed as a -305 favorite in a fight that he believes can prove that he is still a relevant force in the lightweight division.