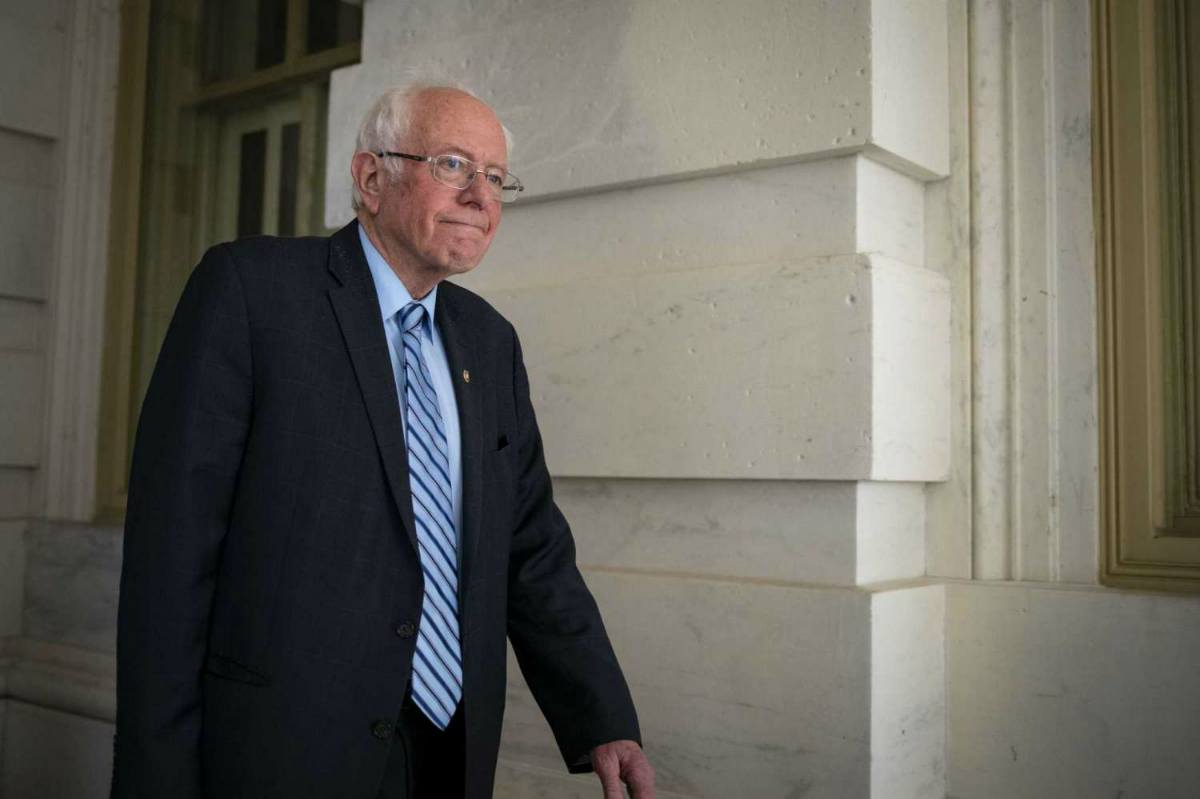 The 78-year-old has been criticized by some on the left for hanging around too long, and subsequently lengthening the odds of putting a Democrat back in the White House. Actor Larry David, who has portrayed Sanders on Saturday Night Live, said this week, “He should drop out. He’s too far behind. He can’t get the nomination. It’s no time to fool around here. Everybody’s got to support Biden.”

On Wednesday, Sanders did just that.

I wish I could give you better news, but I think you know the truth,” Sanders stated. “The path towards victory is virtually impossible, so while we are winning the ideological battle, I have concluded that this battle for the Democratic nomination will not be successful.”

The senator added, “As I see the crisis whipping the nation, exacerbated by a president unwilling or unable to provide any kind of credible leadership and the work that needs to be done to protect people in this most desperate hour, I cannot in good conscious continue to mount a campaign that cannot win. Today, I congratulate Joe Biden, a very decent man, who I will work with to move our progressive ideas forward.”

Unsurprisingly, Biden’s shares on PredictIt are surging on Sanders’ exit. The 77-year-old’s shares of securing the 2020 Democratic nomination are now trading as high as 90 cents. New York Gov. Andrew Cuomo (D), who has been thrust into the national spotlight for his handling of the coronavirus, is next at a distant six cents.

As for the market asking who will win the 2020 presidential election, Trump is at 50 cents, and Biden at 44 cents. Cuomo is at three cents.

“I know that I need to earn your votes. And I know that might take time. But I want you to know that I see you, I hear you, and I understand the urgency of this moment. I hope you’ll join us. You’re more than welcome: You’re needed,” Biden appealed.

Sanders’ exit came as a surprise to many PredictIt bettors.

The market, “Will Bernie Sanders drop out before April 20?” had “Yes” shares trading at just 30 cents this morning. That means those who bought shares at that rate are winning 70 cents on the dollar.

In Trump vs. Biden head-to-head polling, Real Clear Politics says the average has Biden with a 6.1-point lead. Overseas oddsmakers taking money on the US general election have both Trump and Biden basically at even money.