BetAmerica announced on Friday night that its US online sports betting and casino operations have come back, three weeks after a cyberattack in its third-party platform provider caused a shutdown. 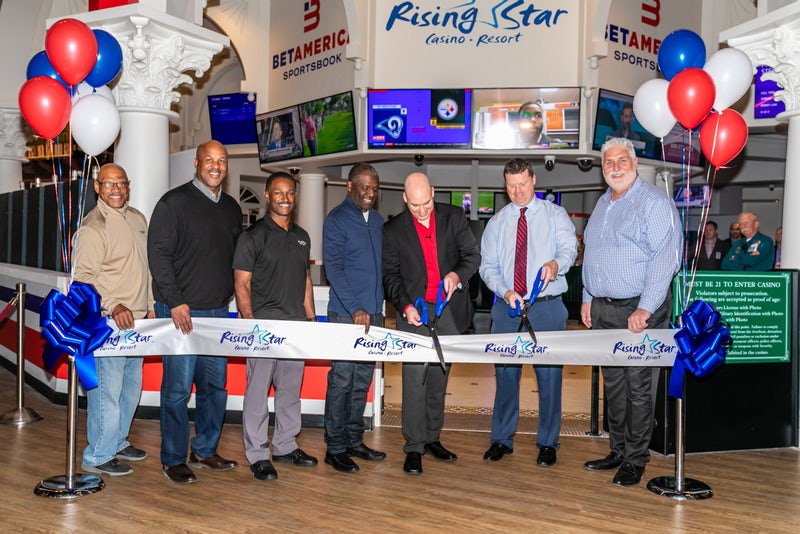 BetAmerica celebrating the grand opening last year of its retail sportsbook at the Rising Star Casino in Indiana. For three weeks, the company’s online sportsbook was shut down by a cyberattack on SBTech, its platform provider. (Image: BetAmerica)

The sportsbook, owned by Churchill Downs Inc., went offline after SBTech was the target of an attack that caused the Malta-based gaming technology company to take its data center down. BetAmerica was one of several SBTech partners affected by the incident, although some had resumed operations earlier in the month, such as the Oregon Lottery’s Scoreboard. It returned to service on April 2.

In a statement sent to its customers, BetAmerica said it had been working with SBTech to address and resolve the incident.

SBTech and the security firms engaged in responding to this attack have advised us that there has been no indication that BetAmerica customer data was accessed or extracted,” the statement read.

While typically a three-week shutdown would have been seriously detrimental to an online sportsbook, the COVID-19 outbreak has shuttered all major US sports available to sportsbooks. BetAmerica also operates a racebook that is separate from its sport betting operations. The racebook was not impacted by the attack.

BetAmerica started in 2018 with retail sportsbooks in two Mississippi casinos. In the last 14 months, the company has launched both retail and online sportsbooks at the Rising Star Casino in Indiana and the Churchill Downs-owned Presque Isle Downs and Casino in Pennsylvania. An online app also launched in New Jersey through a partnership with the Golden Nugget Casino.

BetAmerica’s performance in Indiana ranks last among the state’s licensed sportsbooks. According to records from the Indiana Gaming Commission, BetAmerica has not delivered any sports wagering tax revenue to the state for the 2020 calendar year. Of the state’s $432.8 million sports betting handle for 2020, $815,774 has come from BetAmerica’s retail and online operations.

In Pennsylvania, the sportsbook’s $21.7 million handle for the 2019-20 fiscal year currently ranks 10th out of the 12 state-licensed sportsbooks. A 13th sportsbook became operational in the state last month.

One detriment for BetAmerica’s online operations in those states is the lack of a mobile app, which means any online bet must be done via a laptop or desktop computer. In Indiana, that’s resulted in only 53.3 percent of its handle coming from online bets, compared to 76.2 percent statewide.

Detailed records for BetAmerica’s performance are only available in Indiana and Pennsylvania. New Jersey, where BetAmerica has an app, combines revenue for all skins under each licensed racetrack or casino, and Mississippi lumps all casino reports by region.

BetAmerica also operates online casinos in New Jersey and Pennsylvania. The New Jersey app launched in February 2019, while Pennsylvania’s began officially two months ago after some testing in late January. Those operations were also affected by the cyberattack.

Though modest, BetAmerica’s Pennsylvania iGaming numbers are in line with how other small to mid-sized casino apps have started in the state.