The debate odds for tonight’s showdown in Charleston, South Carolina, predict that the Democratic Party’s 2020 frontrunner Sen. Bernie Sanders will be on the defensive for much of the roughly two-hour affair. 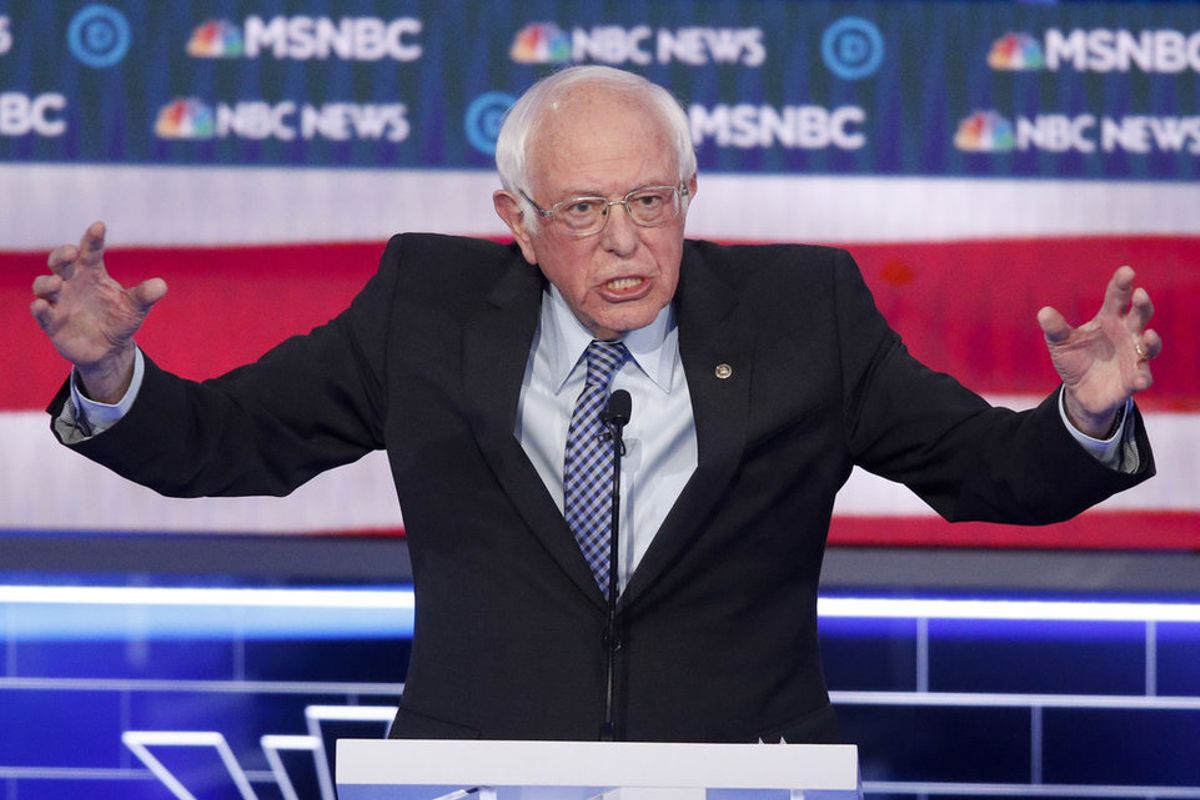 Mike Bloomberg was targeted in the last debate, but tonight the focus of attention will be Sen. Bernie Sanders. (Image: John Locher/AP)

The senator from Vermont cemented his frontrunner status by winning Nevada last weekend. He’s the betting favorite to win all but six Democratic primaries.

The 78-year-old is expected to face much criticism tonight from the six other Democratic candidates who remain vying to take on President Donald Trump in November. As a result, bettors believe Sanders will command the most speaking time.

The PredictIt market, “Who will speak the most at the Feb. 25 Democratic debate?” has Sanders’ shares at 47 cents. Massachusetts Sen. Elizabeth Warren is next at 26 cents, and former VP Joe Biden third at 12 cents.

The seven Democrats have varying viewpoints on policy issues, but one thing they have in common is the shared motive to defeat Trump. Some political pundits say Sanders, a self-described democratic socialist, simply cannot appeal to enough voters.

Bloomberg, who according to PredictIt bettors has the second-shortest odds of winning the Democratic nomination, is already on the offensive. The billionaire is pointing to Sanders’ ties to the gun lobby as one reason he shouldn’t win the ticket.

Bernie has been weak on gun safety his entire career. He’s voted against background checks. He voted to give gunmakers immunity. He’s received help from the NRA,” Bloomberg tweeted.

Bloomberg spokeswoman Galia Slayen added that “the country can’t afford to let Bernie Sanders skate by another debate without a focus on his extreme record.”

Biden kept things a bit lighter, telling reporters, “I’d like whomever the Democrat is to beat Donald Trump. I’d vote for Mickey Mouse over Donald Trump.” He added, however, “I don’t think (Sanders) can beat Donald.”

PredictIt bettors have plenty of debate odds to partake in for tonight’s discussion.

Along with speaking time, the online exchange asks how many of the seven candidates will say the word “billionaire.” Three is the frontrunner at 30 cents, and four next at 27 cents.

The political odds suggest four candidates will say “socialism/socialist,” and six will say “African-American.” Steyer is projected to speak the least amount of time, his shares in that market at 59 cents.

Sanders is the favorite to win Saturday’s South Carolina primary. His shares are at 65 cents, Biden 34 cents, and Steyer a distant four cents. With 54 delegates, South Carolina offers up the most delegates before Super Tuesday on March 3.