A bettor who put down 50 cents on an early Pick 5 Saturday at Gulfstream Park in Florida won nearly $525,000 after three of the five winners were severe longshots. 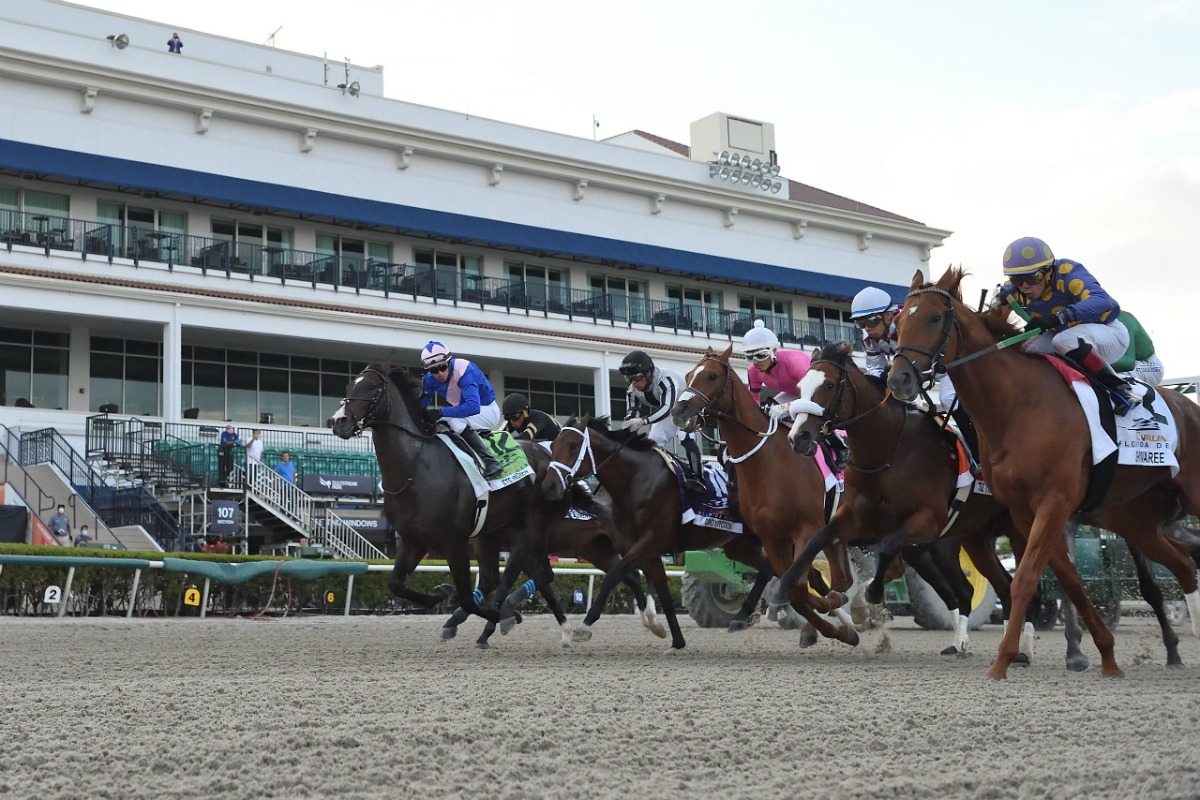 Fans weren’t in attendance Saturday at Gulfstream Park in Florida. But one remote bettor was made a very wealthy person after picking five straight winners. (Image: Lauren King/Bob Coglianese Photos)

The anonymous winner correctly picked the first five races of Saturday’s 13-race program at the track, located in Hallandale Beach north of Miami. The first three legs were won by horses with odds of 70/1, 36/1, and 26/1.

He’s a Babe took the third race, that heat designated for three-year-old or older maidens.

Saturday’s massive win was the fifth-highest Pick 5 win in North America history. That’s according to Ed DeRosa of brisnet.com, a horseracing information network owned by Churchill Downs in Kentucky.

A pick five wager requires selecting the winners of five consecutive races to hit the jackpot.

“Winnings on Pick Five bets are determined by the parimutuel system, where all the winning tickets share the pool of money collected (less the money the track takes as commission),” Bet America explains.

Every commercial casino in the United States is temporarily closed by the COVID-19 pandemic. Sports across the world are also almost universally suspended, meaning oddsmakers and sportsbooks have little to offer their customers.

Horse racing, however, remains live in certain states. Governors’ orders for all non-essential business put horsemen in a precarious situation, as many in the industry believe keeping their horses active and racing is critical to their health and well-being.

Tracks in several states – including Florida, Arkansas, and California – continue to hold races, but without fans in attendance.

Casino.org’s Steve Bittenbender, a Louisville-based journalist with two decades of experience covering horse racing, explains, “Proponents of racing say the sport is necessary to keep agricultural operations going, as the purse money from races fund that work. In addition, they also cite that race horses are finely trained athletes who need proper supervision and exercise on an ongoing basis for their health and safety.”

But in Bittenbender’s home state of Kentucky, horse racing has been suspended and the Kentucky Derby rescheduled from next month to September 5.