Netflix’s fly-on-the-wall, true-crime docuseries Tiger King proved to be the most-talked about TV event of last month, which was one of the strangest months most of us have ever lived through. Maybe viewers took some heart that the world of Oklahoma’s most flamboyant big cat enthusiast, Joe Exotic, was even weirder. 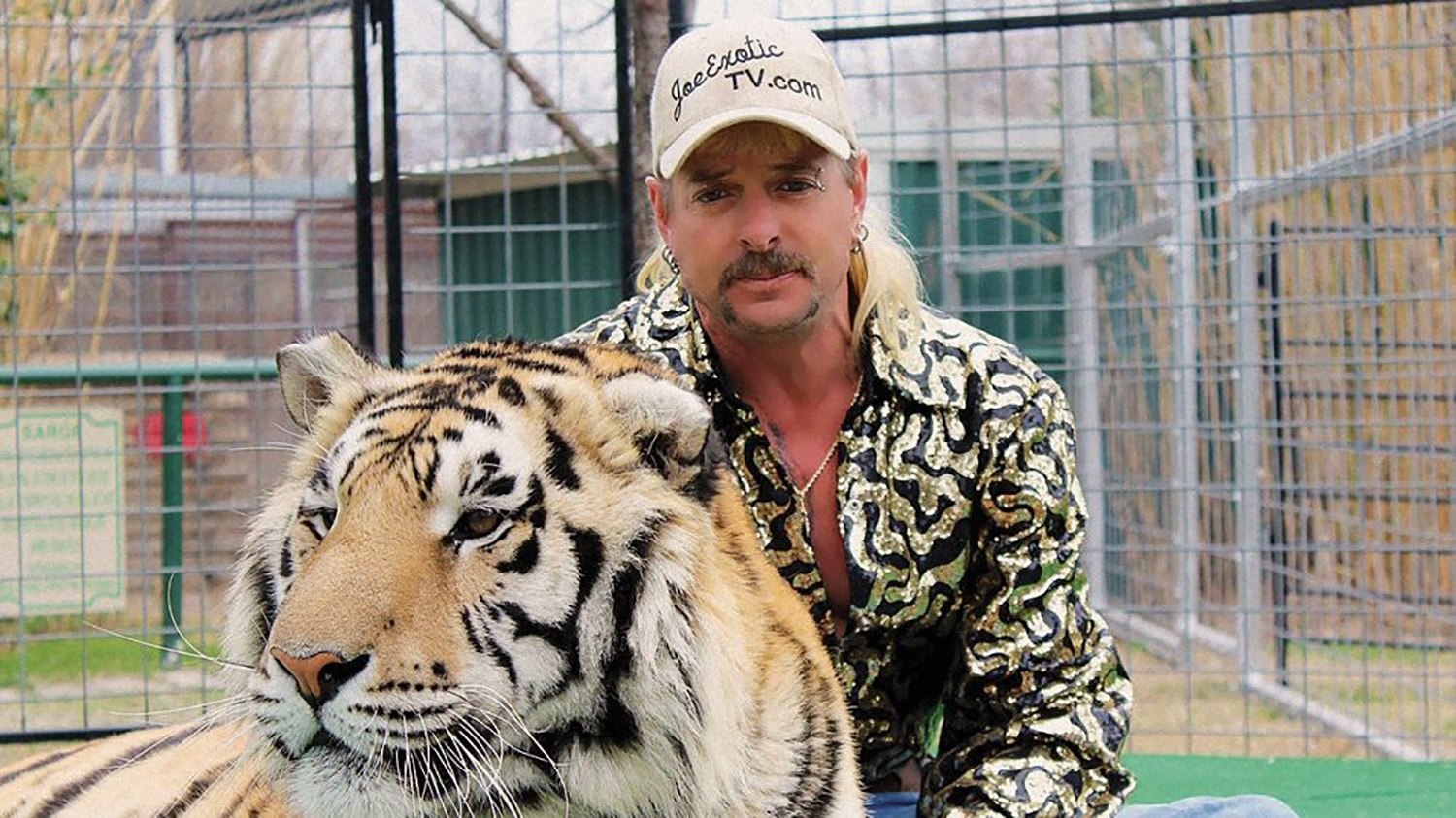 During these lean times for sports, it has never been more important for the sports betting industry to pick up on pop-cultural events, and with Tiger King, the bookies have duly obliged.

After all, many of us have been left wondering what will happen next, and betting companies have been speculating.

One of the most eye-catching propositions is, “Will President Trump pardon Joe Exotic?”

One offshore sports book is offering a +850 longshot on this eventuality coming to pass.

Who is Joe Exotic?

Exotic, real name Joseph Maldonado-Passage, is an openly gay, polyamorous, gun-toting, effigy-exploding, mullet-sporting, meth-smoking, country music-singing zoo owner, who once ran for Governor of Oklahoma and President of the United States – unsuccessfully, on both counts.

But Exotic’s eccentric, bombastic persona masks a horde of insecurities, and above all, a simple desire to be loved, which has turned him into an unlikely antihero.

Exotic currently languishes in a federal prison, where he is serving a 22-year sentence for animal abuse and for the flimsier charge of attempting to arrange the murder of animal rights activist Carole Baskin.

The almost as strange Baskin is Exotic’s arch enemy, who he believes murdered her second husband, multimillionaire Don Lewis, before feeding him to the tigers in her big cat rescue sanctuary.

There is no evidence of this, other than that Lewis disappeared in 1997 and has never been seen since.

Somewhat shamefully, the same offshore sports book is offering +1,000 that Baskin will be found guilty of Lewis’s murder by the end of this year.

Tiger King tells the story of the years-long feud between Baskin and Exotic and the latter’s ultimate descent into desperation and paranoia as his world — and beloved zoo — crumbles around him.

But his unlikely popularity has raised the possibility that a movie will be made about his life, which is fueling speculation about who might take the lead role.

Kevin Bacon is the current favorite to play Exotic, according to bookies, followed by Edward Norton, who playfully expressed an interest on Twitter this week.

Exotic himself, ever delusional, told The Hollywood Reporter from his prison cell that he believed Brad Pitt would be best suited to the role.