Brazil is once again discussing the legalization of casinos. This time, a federal lawmaker representing Amazonas is introducing a measure to bring gaming to South America’s largest country. 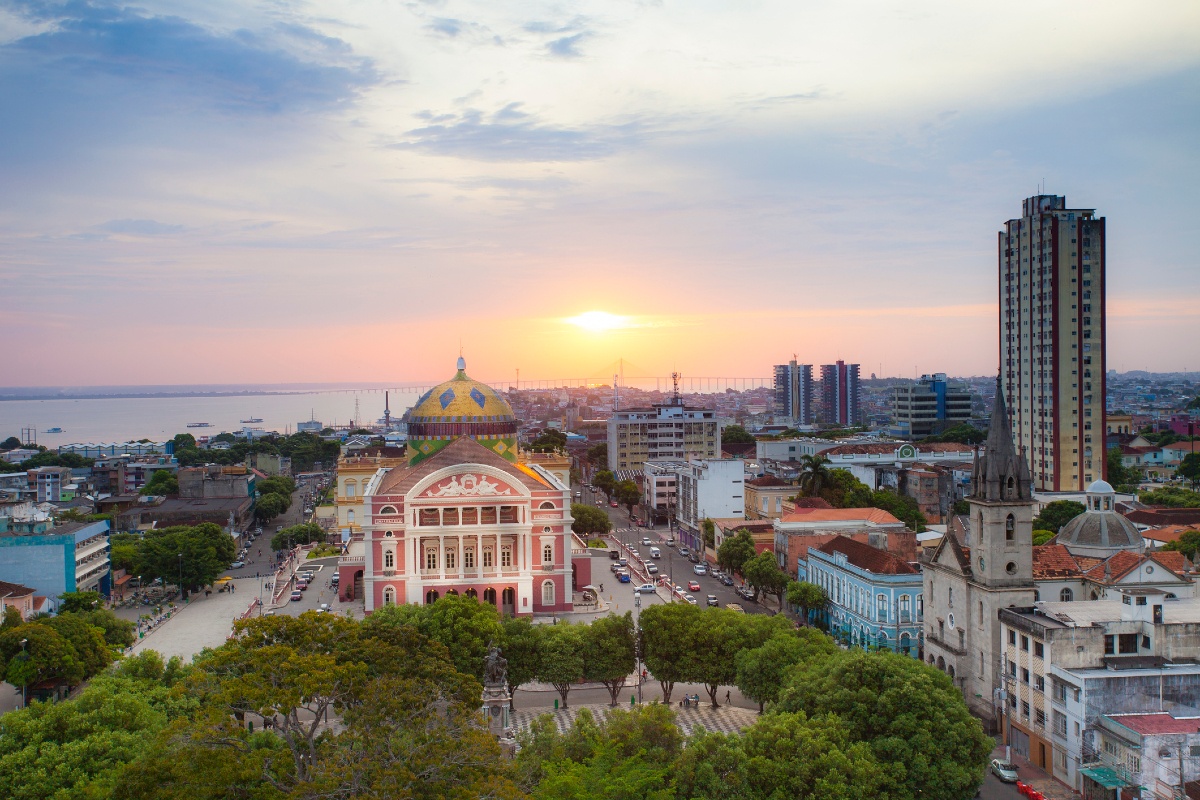 A politician in Brazil wants cities like Manaus in Amazonas to be allowed to welcome casinos. (Image: Getty)

Federal Deputy Alberto Neto has put forward bill PL 585/2020. The legislation seeks to establish casino resorts in the state of Amazonas – the largest in terms of land area of Brazil’s 26 states. Neto says the Amazonas casinos could serve as a test run for the country to consider further expansion of gambling.

Even though there was not the necessary consensus for legalization in the national territory of casinos, I believe that the State of Amazonas could be a pioneer in practice, and therefore, a true laboratory for assessing whether the country is in fact ready to receive casinos,” Neto states in his statute.

Brazil is the world’s fifth-largest country by area, and sixth-most populated. The only form of legal gambling currently is the state-run lottery.

Brazil has been in an economic crisis since 2014. In August of 2016, as Rio de Janeiro was hosting the Summer Olympics, then-President Dilma Rousseff was impeached and found guilty of breaking laws, and subsequently removed from office.

Casinos have been long mulled as a way to help restore the Brazilian economy. The legislative conversations have attracted the eyes and ears of several of the world’s largest gaming tycoons, including billionaires Las Vegas Sands CEO Sheldon Adelson, MGM China, and Shun Tak Holdings Chairperson Pansy Ho.

Adelson made numerous visits to Brazil over the last decade, and Ho said recently that casino operators “would be clearly interested” if the country decides to approve gambling.

However, President Jair Bolsonaro expressed antagonism to casinos during his 2018 campaign. He’s now said to be assessing his supporters on the gaming issue before formally taking a position.

Brazilian Chamber of Deputies President Rodrigo Maia said last month that he supports gambling legalization, but only in integrated resorts. “I am convincing the deputies to vote only in favor of the integrated casinos (IRs), and otherwise they have no way to move forward,” he stated.

Neto’s bill requires that the casinos be permitted in areas that “lack alternatives for their economic development.” There’s plenty of such regions in the Amazonas, as the state is a tropical jungle where many cities are only accessible via boat or plane.

Amazonas is almost entirely covered by the Amazon rainforest. The state capital of Manaus is a modern city, home to 2.18 million people, that lies along the Amazon River.

The industrial sector generates the majority of the state’s economy. Amazonas’ main product was once rubber, but today, the state is home to several electronic manufacturing plants, including LG, Sony, and Samsung. Honda also manufacturers motorcycles. Agricultural products include the farming of cassava and oranges.

The most recent data from the Brazilian Institute of Geography and Statistics reveals the average worker in Amazonas earns $6,377 per year. That’s considerably less than in the Distrito Federal unit, home to the Brazilian capital of Brasilia, where workers average $22,677.