In advance of this weekend’s Breeders’ Cup championship races at Santa Anita Park, California’s senior US senator wrote a letter to the regulatory body responsible for overseeing horse racing. Her message was succinct: Any fatalities on Friday or Saturday could be the beginning of the end for the sport in America. 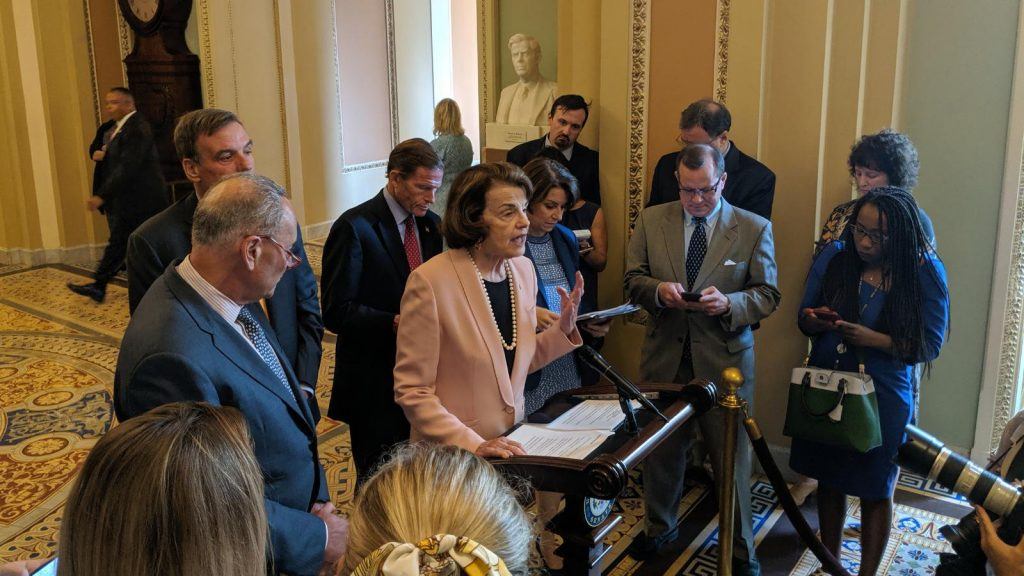 US Sen. Dianne Feinstein sent the letter to Rick Baedeker, the executive director of the California Horse Racing Board (CHRB) on Wednesday. The Democrat urged the CHRB to take all precautionary measures possible to “ensure that no horses are injured or killed” at the southern California track.

Since December, 36 horses have died at Santa Anita either during racing or training or as a result of injuries suffered from racing or training. Six of those fatalities have come during the track’s fall meet, which started in September. Three have taken place in the last two weeks.

I believe this weekend presents a critical test for the future of horseracing in California and in the United States,” she wrote. “If horseracing cannot be conducted in a safe and humane manner that protects the life and safety of horses and jockeys, it may be time to reexamine the future of this sport in our state and in our country.”

The Breeders’ Cup consists of 14 races held on Friday and Saturday that bring together some of the best horses from around the world. More than $30 million in purses will be up for grabs, with $22 million awarded across nine races held Saturday.

In March, Santa Anita shut down racing for three weeks to inspect the surfaces and review records of the horses that had died by that point. While The Stronach Group, owners of Santa Anita and other tracks across the country, soon proposed race-day bans on certain medications, fatalities still occurred on the track.

However, Feinstein called for a moratorium on racing at the Arcadia track, saying an in-depth investigation was needed into the practices and conditions at the track.

The Los Angeles Times also picked up the message in May as the death toll rose to 26 horses.

Currently, both the CHRB and the Los Angeles County District Attorney are conducting separate investigations into deaths. The CHRB plans to release its report in December.

On Thursday, representatives of PETA gathered outside the district attorney’s office to protest the slow speed of its investigation.

Feinstein is not the only Washington lawmaker keeping an eye on racing.

Two congressmen have filed legislation in the House of Representatives that would nationalize standards for racing. Currently, each state can set up its own regulations, which means horses racing in Kentucky can race under different rules than in New York or California. The bill, called the Horseracing Integrity Act, would also ban the application of any medication within 24 hours of a race.

Led by US Reps. Paul Tonko (D-New York) and Andy Barr (R-Kentucky), the bill enjoys significant bipartisan support. It has 190 cosponsors as of Thursday. There’s also a Senate version of the bill.

Despite the large number of sponsors, the House bill has not yet been scheduled for a committee hearing.