ELIZABETH, Ind. – Now that the shareholders have approved the merger between Caesars Entertainment and Eldorado Resorts, it’s now up to the states where both gaming companies do business to sign off on the merger. 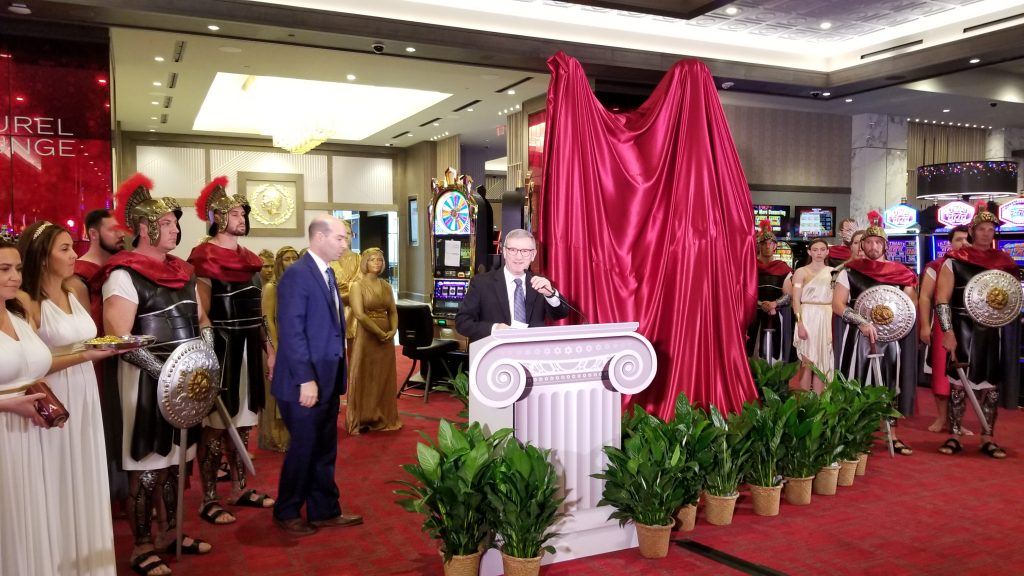 And in Indiana, Caesars Entertainment CEO Tony Rodio expects the companies will not need to sell off any of their properties.

It should be status quo, business as usual,” Rodio told Casino.org on Thursday. “At this point, the shareholders have already approved the transaction. We’re working through each of the various states to get the approvals of the different jurisdictions that those companies operate in, and it’s still moving forward as expected.”

In June, Eldorado announced it would buy Caesars in a transaction valued at $17.3 billion. That included $7.2 billion in cash, 77 million shares of Eldorado common stock, and the assumption of Caesars debt. The new company, once all approvals take place, will carry the Caesars name but be headquartered in Reno, Eldorado’s home. Shareholders from both companies approved the sale last month.

Rodio added he expects the deal to close by early second quarter of next year.

In Indiana, Caesars owns Caesars Southern Indiana, where Rodio was Thursday to celebrate the opening of the $90 million land-based casino, and Horseshoe Hammond. Besides owning two of the state’s largest casinos, the company also owns the state’s two race tracks, Shelbyville’s Indiana Grand and Hoosier Park in Anderson, and off-track betting parlors located in Indianapolis, New Haven, and Clarksville.

“As it is, (Caesars Southern Indiana) doesn’t really interact or is in competition with the Tropicana property in Evansville, so I don’t see any reason why it won’t get approved and move forward,” Rodio added.

The Indiana Gaming Commission has yet to publish its meeting dates for 2020.

Eldorado has already started selling off properties in some states.

Earlier this month, the company closed on selling two Missouri casinos – the Isle Casino Cape Girardeau and the Lady Luck Casino Caruthersville – as part of a three-property $385 million transaction with Century Casinos Inc. and VICI Properties. That deal was announced in June, a week prior to the Caesars acquisition.

In July, Eldorado announced it would sell the Isle of Capri Casino Kansas City, another Missouri casino, to Twin River Holdings Inc. as part of a $230 million two casino deal.

While Eldorado is selling properties, Caesars has begun cutting some jobs.

In October, Caesars announced in a filing with the US Securities and Exchange Commission a voluntary severance program. The program was offered to select US-based management staff. The program is expected to help Caesars save about $40 million as the company looks to cut upwards of $100 million in costs before the merger takes place.

Those cuts would just be the beginning as Eldorado officials, who will assume management of the new entity, will look to realize at least $500 million in savings. Some expect the new company will consider divesting a couple of Caesars properties on the Las Vegas Strip.