Casino Operator Asks for Immunity to Talk About Murder of Journalist


Maltese prime minister Joseph Muscat’s chief of staff Keith Schembri resigned on Tuesday morning. That came after local media reported a wealthy casino operator arrested last week in connection with the murder of a prominent journalist is about to make an allegation against him. 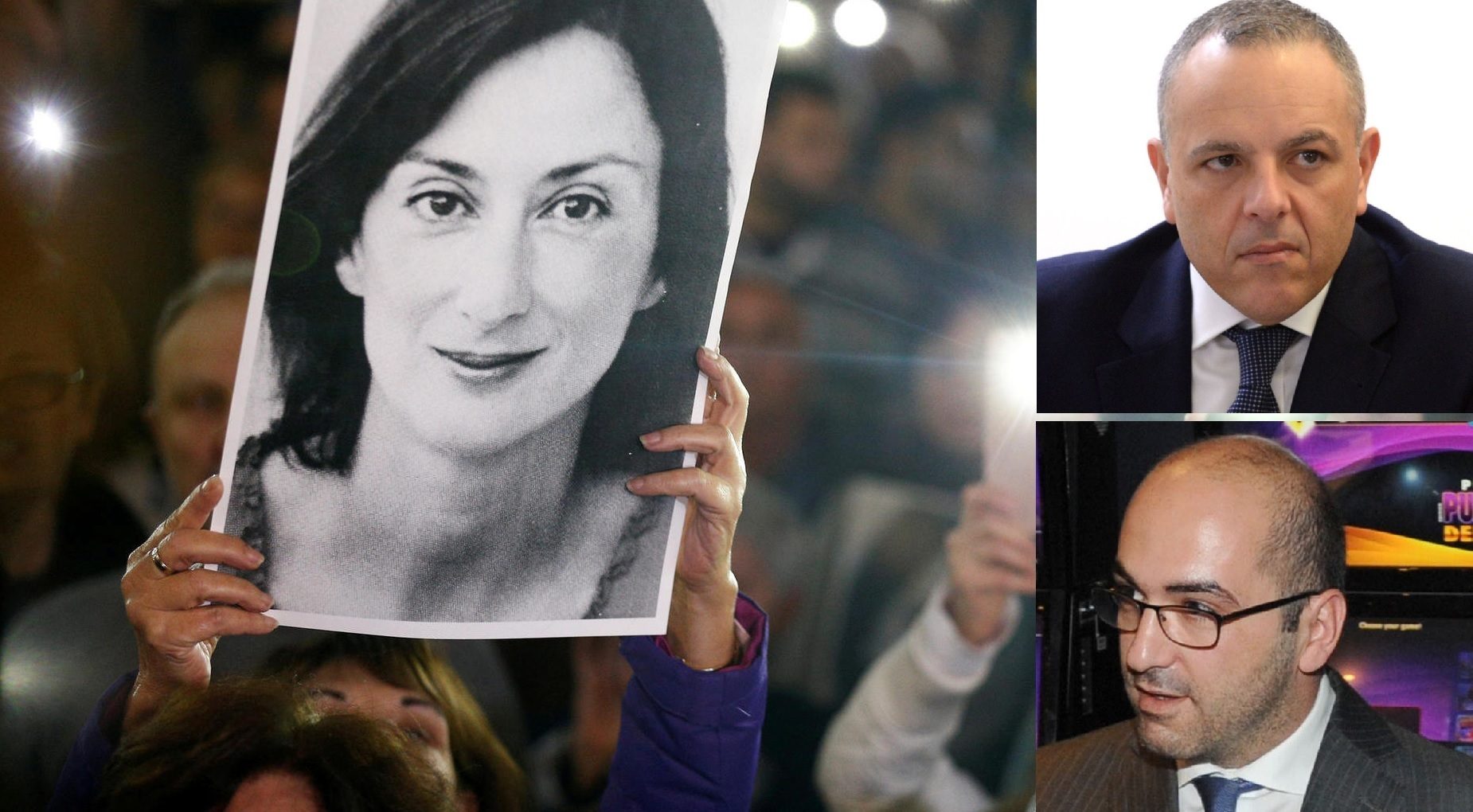 An anti-corruption protester holds up a picture of murdered journalist Daphne Caruana Galizia. But what do Keith Schembri (top right) and Jorgen Fenech (bottom right) know about the crime? (Image: casino.org)

Jorgen Fenech was CEO of the Tumas Group until resigning shortly before his arrest last Wednesday. Through subsidiary Tumas Gaming, the Tumas Group is the only multi-casino operator in Malta, with three properties.

According to police sources on Saturday, Fenech is ready to talk about the 2017 car bomb attack that killed anti-corruption journalist Daphne Caruana Galizia.

Meanwhile, the alleged “middleman” in the case, Melvin Theuma, has been assured a presidential pardon if his evidence holds up, police sources on the island told Reuters.

It’s not clear what Theuma told police last week. But it appeared to lead directly to Fenech’s arrest.

According to Reuters, Theuma was detained November 14 as part of an unrelated money-laundering case, but offered to give up what he knew of the Galizia murder in exchange for immunity.

He is a taxi driver who worked regularly at an apartment complex owned by Fenech. Theuma has previous convictions for running an illegal multimillion-euro lottery and for loan sharking.

Galizia was a crusading journalist who devoted her career to exposing graft at the highest echelons of Maltese politics. Among those she accused of corruption were Schembri and former energy secretary and now tourism minister Konrad Mizzi, both whose names cropped up in the Panama Papers.

Last November, Reuters discovered that a shadowy offshore company journalist Galizia was looking into at the time of her death, 17 Black, is controlled by Fenech. Meanwhile, leaked 2015 emails seen by the news agency suggest 17 Black was due to make a $2 million payment to Panama-based companies owned by Mizzi and Schembri.

In 2013, Electrogas, a company owned by Fenech, was granted a $500 million contract to build a power station on the island – a project conceived and promoted by Mizzi.

Three men were arrested for carrying out the car bomb attack in December 2017 — brothers George and Alfred Degiorgio and their associate, Vince Muscat — and are awaiting trial. But so far, police have been unable to discover who ordered them to kill Galizia.

Schembri is currently helping police with their inquiries.