Des Moines International Airport could one day be the location of a resort featuring a hotel, wedding and convention facilities, and casino. 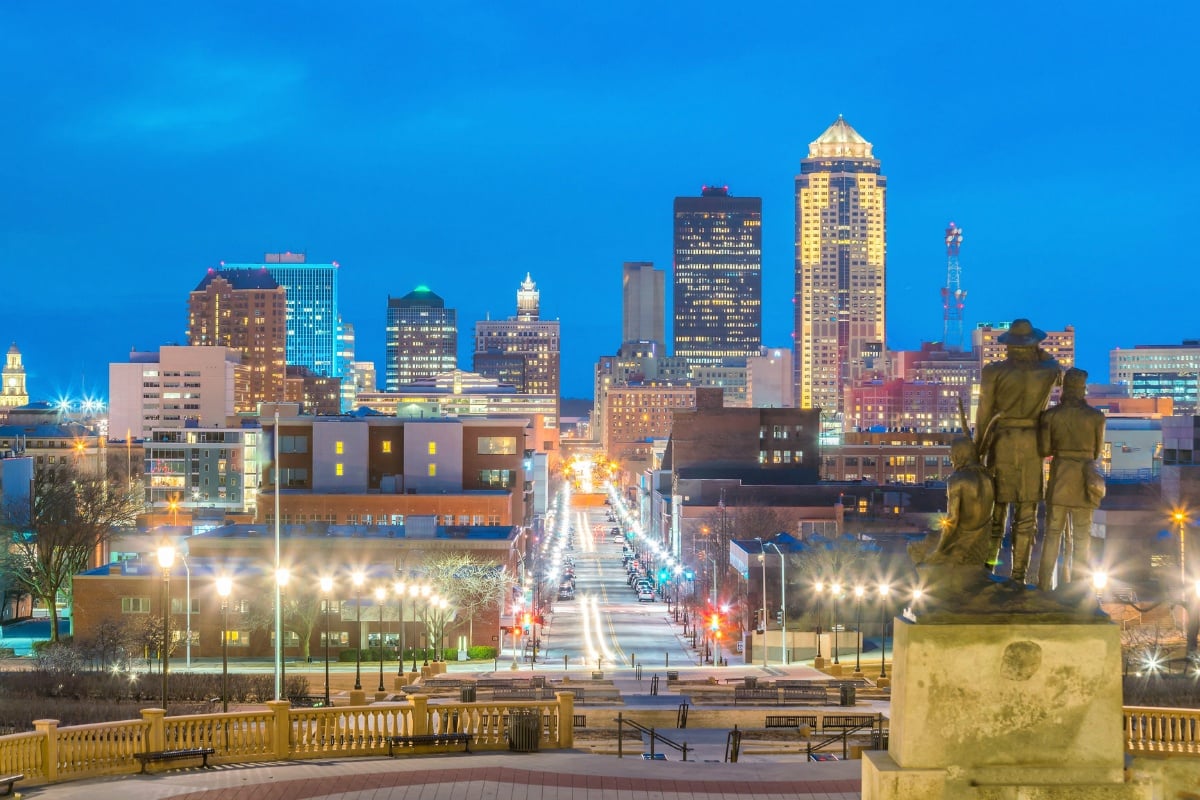 On Monday, the Des Moines Airport Authority received a proposal from Iowan businesses to construct a $225 million casino resort on the airport property. The project says it could help fund construction of a new terminal.

The airport authority wants to build a new $500 million terminal, but is short nearly $200 million in funding. The casino developers, led by businessman Reggie Sinha’s Highview Development Group, say the gaming resort could generate $85 million annually to pay for the terminal.

Sinha has partnered with Wild Rose Entertainment, a casino operator that owns three gaming venues in Iowa. “It should be noted that Wild Rose is not the first nor the only casino organization approached by Mr. Sinah and his Highview consortium,” a release from Wild Rose explained.

The company supports and is part of his efforts to put forth a creative solution to generate a long-term, continuous funding stream for the airport’s much-needed improvements,” the statement concluded.

The Hawkeye State is home to 17 commercial casinos, two racinos, and four tribal casinos. The only one in metro Des Moines, however, is the Prairie Meadows Racetrack and Casino in Altoona. The Iowa Racing and Gaming Commission is responsible for considering new casino licenses.

GGR at Iowa’s casinos are taxed on a sliding scale depending on win ranging from five percent up to $1 million, 10 percent for $1M-$3M, and 22 percent on GGR exceeding $3 million.

Iowa’s gaming industry is benefiting from the legalization of sports betting, which went live in August of last summer. There are 18 sportsbooks in operation, and mobile wagering is permitted.

Through December, the sports betting operators have accepted more than $212.2 million in wagers. They’ve kept $19.2 million on an impressive hold rate of nine percent.

As is the case in other sports betting states where wagering online is legal, mobile is the preferred method in Iowa. Of the $212.2 million gambled on sports, 56 percent ($118.5 million) has been facilitated via the internet.

The present Des Moines Airport terminal was built in 1948. “Although it has been subject to upgrades and improvements over the years, it has reached the end of its useful economic life,” the authority explained.

Passenger traffic has increased steadily over the last six years. More than 2.91 million people traveled through the terminal last year – up 33 percent from 2013.

Des Moines’ central location in the midwestern part of the US makes the airport a popular hub for connecting flights. The top three most popular destinations from the airport are Chicago, Denver, and Atlanta.

American Airlines handled the most passengers with 932,268. Delta was second, and United third.