Manchester City is favored to take home a Champions League title this year, as the European club championship moves on to the Round of 16. 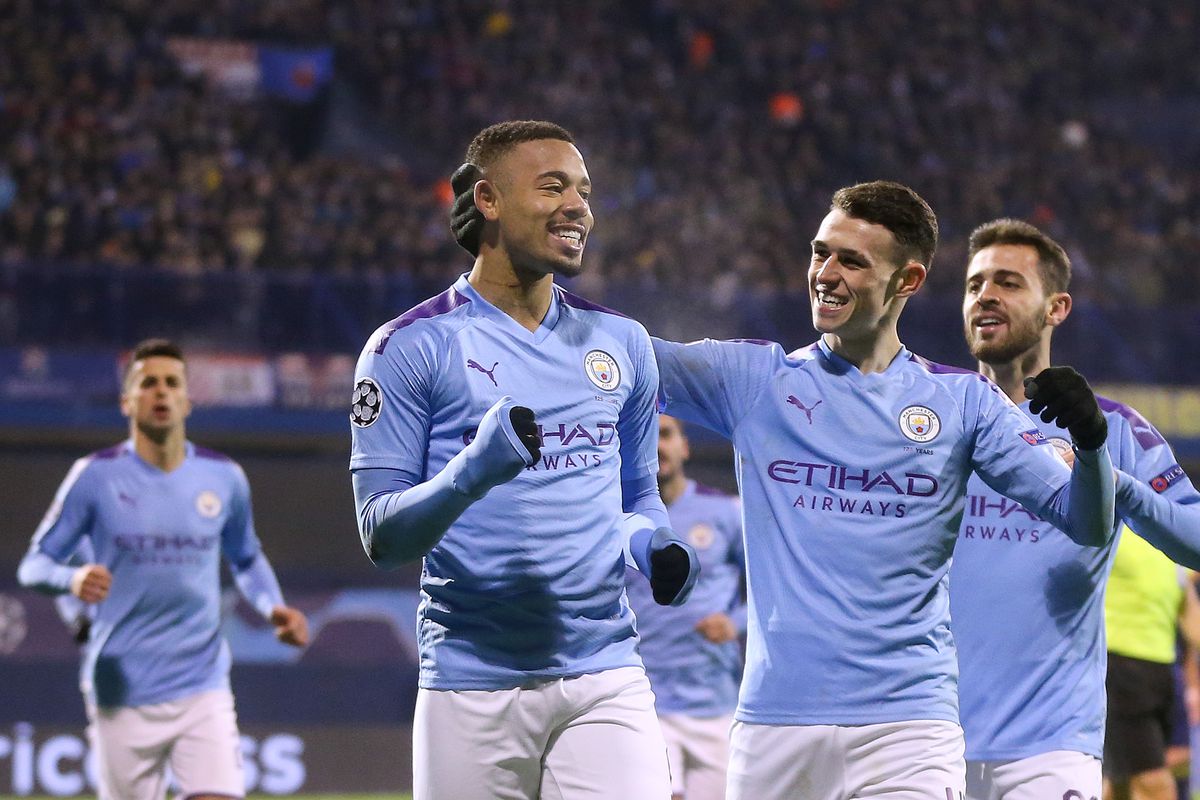 Manchester City is the overall favorite to win the Champions League ahead of Liverpool, Barcelona, and Paris Saint-Germain. (Image: Goran Stanzl/Pixsell/MB Media/Getty)

There are no true minnows remaining as the Champions League enters its knockout rounds, with only clubs from the big five remain in contention.

Guardiola: City Needs to Improve to Beat the Elite

Leading the pack is Man City, which DraftKings Sportsbook has listed as the +325 favorite to win the competition outright. City may have even more motivation to go all-out in the Champions League, as the club has fallen 14 points behind Liverpool in its effort to win a third straight Premier League title. But even with that added focus, City manager Pep Guardiola says his team will have to play better to compete against the European elite as well.

That is the level we face, against Liverpool, United, Barcelona, Madrid, Juventus,” Guardiola told Sky Sports. “They are the teams we have to face, and the reality is maybe we are not able now to compete with them. We have to improve and accept it and move forward.”

Right behind City is Liverpool. The Premier League leaders and defending Champions League winners were in danger of not getting out of the group stage, but defeated Red Bull Salzburg 2-0 in Austria to win Group E. The Reds are now listed at +500 to go on to win a second straight European title.

“In the second half, they couldn’t cope with the intensity,” Liverpool manager Jurgen Klopp said after the match. “We scored two wonderful goals. We could have scored six or seven, which is crazy. We won the group, we won the game, all good.”

With all four teams having an outside shot to compete for a title, England is nearly favored over the field to win the competition, with DraftKings offering just +115 on an English team to bring the trophy home.

Just behind England is Spain at +225, thanks in large part to the fact that four La Liga teams have made the Round of 16 as well. They’re led by Barcelona (+600), with Real Madrid (+1300) and Atletico Madrid (+2500) also considered to be in contention. Valencia, the fourth Spanish entry, is a relative longshot at +6000.

The Champions League Round of 16 draw will take place on Monday. The eight group winners will be seeded, with each playing a selected group runner-up. In addition, teams from the same nations won’t be allowed to play each other in the first round. Those rules won’t be used starting in the quarterfinal round.

Each knockout round will be contested over a two-match series, with one game played at each team’s home stadium, and the total number of goals determining the winner. The Champions League final is played as a single game on May 30 in Istanbul, Turkey.