Sportsbooks have been scrambling for new sports to offer wagering on during the coronavirus pandemic, with some seeing chess betting as one of the best remaining options. But as soon as one major bookmaker got permission to add chess markets, the opportunity dried up – literally overnight. 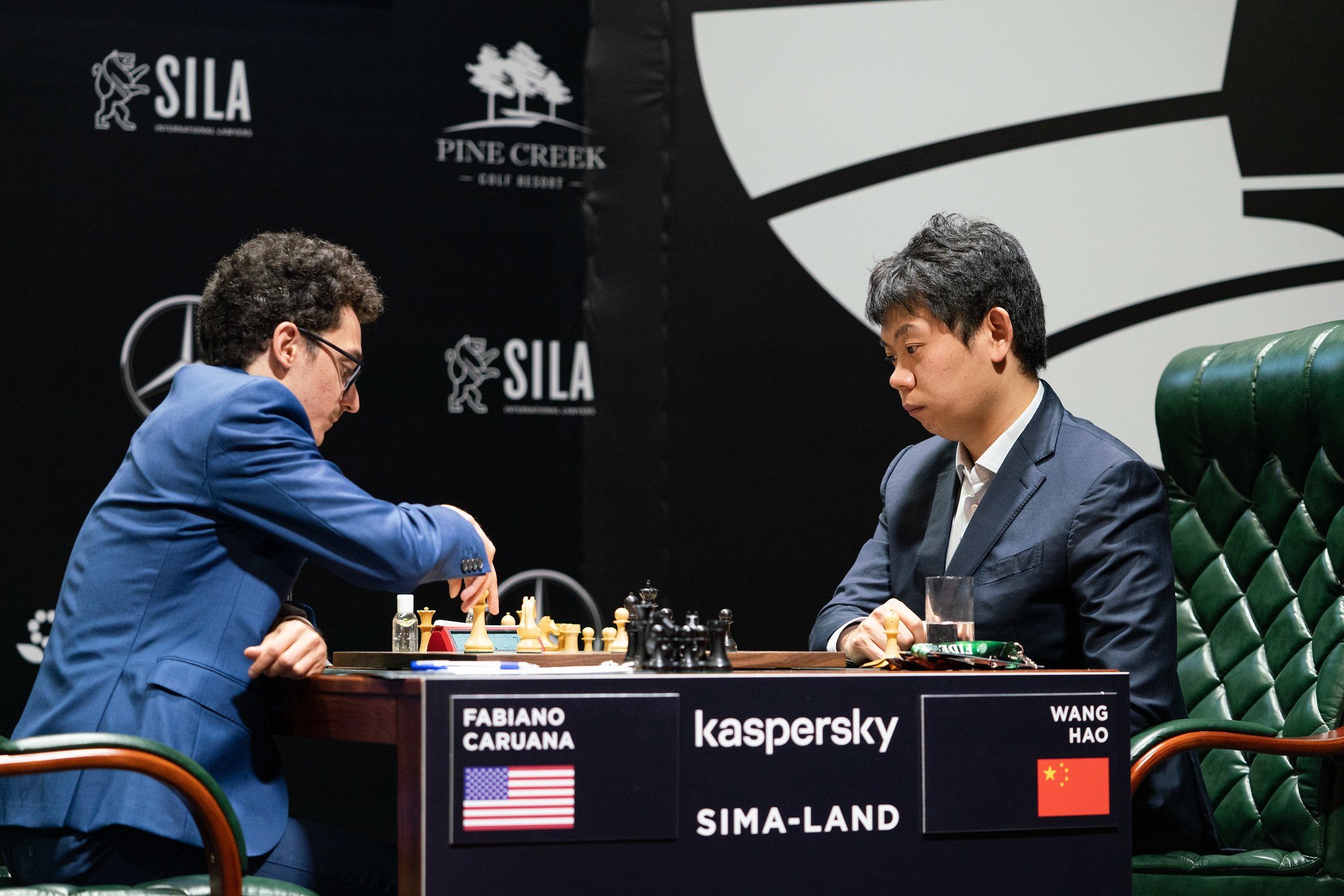 Fabiano Caruana (left) and Wang Hao (right) compete in Round 7 of the 2020 Candidates Tournament in Russia. (Image: Maria Emelianova/FIDE)

The International Chess Federation (FIDE) suspended play at the Candidates Tournament before Thursday’s Round 8, less than two days after William Hill started to accept chess betting in Nevada.

That allowed William Hill to put lines on the Round 7 games at the Candidates Tournament on Wednesday. The bookmaker also posted lines for Thursday’s games, but FIDE stopped the tournament before Round 8.

For Chess Candidates Cup Round 8 matches: The tournament has been postponed before the start of Round 8 and it will be continued at a later date. If you wish to void your bets on the Round 8 matches please contact Customer Support in Nevada.
More info: https://t.co/1fuqpVr46W

FIDE stopped play at the Candidates Tournament in Yekaterinburg, Russia, after Russian authorities announced the suspension of international air traffic beginning on March 27. While many – including some of the players themselves – had been arguing that the tournament shouldn’t take place, the idea that competitors and officials might not be able to get home if they stuck around until the event was over forced a stoppage.

We can’t really lock players in Russia since we don’t know how long the flight termination will last,” FIDE director general Emil Sutovsky told ESPN. “Players have their families, elderly parents and many other reasons to be home this time. So we had no choice but to stop the event.”

The tournament paused with Maxime Vachier-Lagrave and Ian Nepomniachtchi tied for the lead. Vachier-Lagrave wasn’t even supposed to be a part of the Candidates Tournament, but took the spot of Teimour Radjabov, who dropped out due to his own concerns over the coronavirus.

What will happen now?

According to the rules the #FIDECandidates will be resumed with the same number of points.

But won’t the integrity of the competition be affected?Some players have been playing unsure if they’ll get home etc, while others haven’t. I don’t know. https://t.co/FvB7bbo26g

FIDE plans to restart the tournament later this year. The winner of the double round-robin will face Magnus Carlsen for the World Chess Championship, with the hope being to hold that match in late 2020.

The postponement struck another blow to William Hill and other bookmakers who are quickly running out of recognizable events that people might have some interest in betting on. While chess and other niche sports – like sumo wrestling or ping-pong tournaments – won’t rival the handle of an NFL game, bettors might put down a few dollars on them, if just to give themselves a sweat during a difficult time.

Obviously, a lot of people just bet the NBA, NHL and major sports and are not interested,” Nick Bogdanovich, US director of trading for William Hill, told Newsday. “But there are some others who have turned to it and are playing. I guess we’ve given some people something to brighten their day.”

Only regulators in Nevada had approved chess betting, and only William Hill had offered odds on the Candidates Tournament before it halted. However, other bookmakers, including PointsBet, had expressed interest in offering chess betting both now and in the future.