China President Xi Jinping has arrived in Macau, the world’s richest gambling hub, to celebrate the Special Administrative Region’s (SAR) 20th anniversary of being returned from Portugal to the People’s Republic. 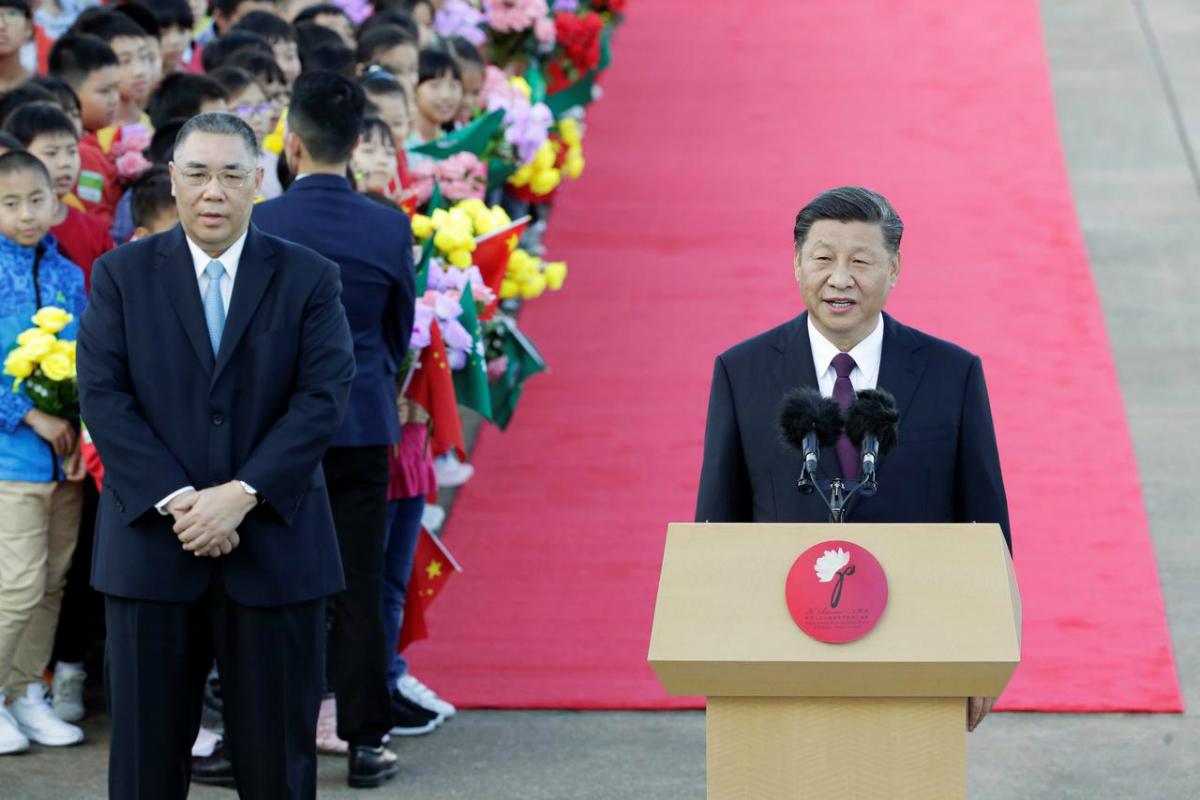 China President Xi Jinping is in Macau for the next several days to celebrate the enclave’s 20th anniversary. (Image: Jason Lee/Reuters)

Xi arrives amid societal unrest in nearby Hong Kong, the only other SAR in China. The president is expected to celebrate Macau, and perhaps encourage Hong Kong to follow its lead in being a stable and loyal ally of the People’s Republic of China.

The overall theme is that Xi will announce steps to diversify Macau from its gaming-first economic arrangement.

We will join hands to draw the blueprint for Macau’s future development,” Xi said after arriving at Macau International Airport. “We’re proud of Macau’s accomplishments under its rigorous implementation of the ‘one country, two systems.’”

Xi is expected to unveil plans for Macau’s proposed yuan-denominated stock exchange in an effort to transform the enclave into a financial center. December 20 will mark the end of Macau chief executive Fernando Chiu’s tenure. He will be replaced by Ho Iat Seng.

On December 20, 1999, Portugal transferred the sovereignty of Macau to China after 442 years of Portuguese rule. Macau was established by Portuguese merchants during the Ming Dynasty (1268-1644), and the region was under various Portuguese control until 20 years ago this week.

In 1962, Hong Kong billionaire Stanley Ho’s SJM Holdings was issued the lone casino license in Macau. He maintained a monopoly on gambling for 40 years, until the Macau government decided in 2002 to bring in five new commercial casino operators.

Along with an easing of travel between mainland China and Macau, the decision to welcome new casino giants led to rapid economic growth for the area. Along with SJM, Sands, MGM, Wynn, Melco, and Galaxy Entertainment all have billions of dollars invested in casino resorts.

Macau’s all-time best year in terms of gross gaming revenue (GGR) came in 2013, when the six casino operators collectively won $45 billion. Xi’s suppression of VIP junket groups that organize travel for the mainland’s wealthiest citizens led to a decline in casino win – down to $27.9 billion in 2016 – but the region has since rebounded, GGR totaling $37.8 billion last year.

China wants to make sure the ongoing protests in Hong Kong cannot make their way to Macau during the anniversary.

Hong Kong has been in a state of chaos since June, when residents took to the streets to protest an extradition bill that would have allowed criminal fugitives to be extradited to mainland China and Taiwan. The legislation, which has since been shelved, was viewed by protesters as a scheme to reduce Hong Kong’s autonomy and civil liberties.

China has implemented more rigorous security checks into Macau this week. Beijing has also clamped down on visas for mainland residents seeking to go to Macau until after the December 20 anniversary.