Two Chinese nationals have been arrested in the Philippines and charged with kidnapping a man over his alleged failure to pay up on his gambling debts. 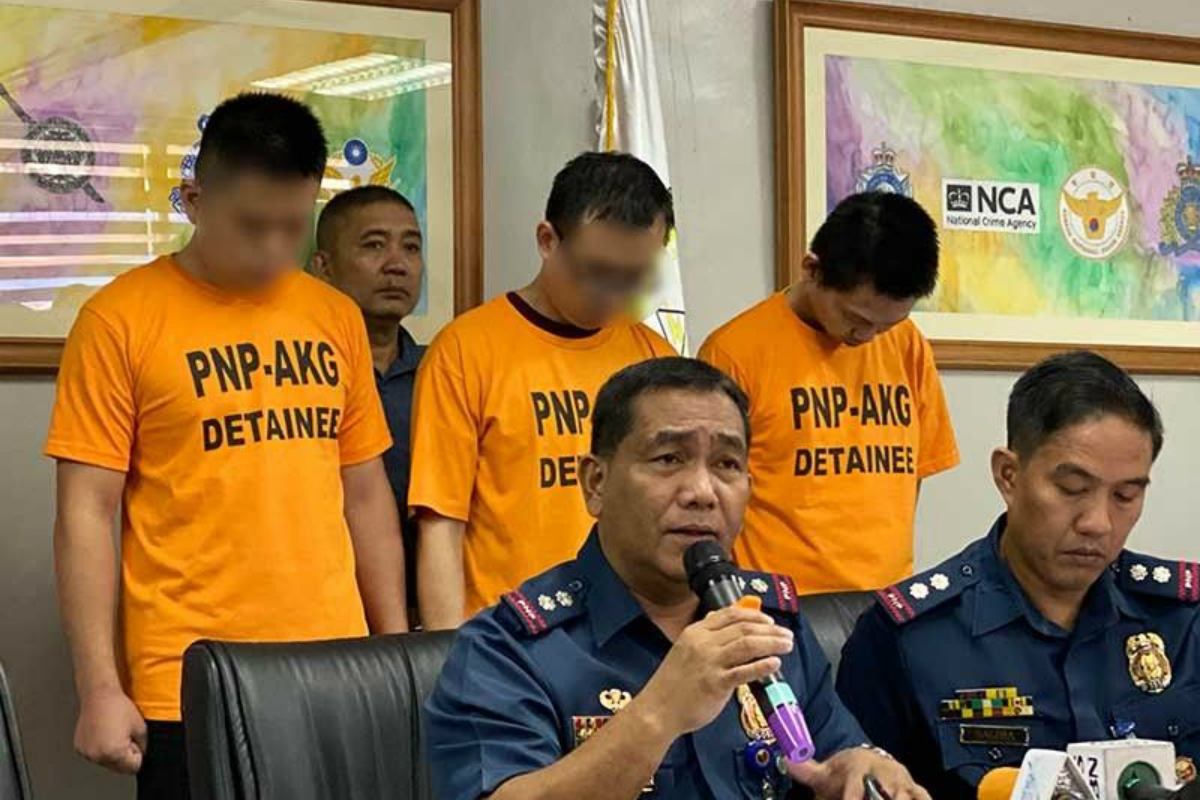 Kidnapping continues to be a serious problem in the Philippines, and it often involves Chinese nationals. (Image: SunStar Philippines)

Brig. Gen. Jonnel Estomo, director of the Philippine National Police Anti-Kidnapping Group (PNP-AKG), said suspects Jiang Zhenqiang and Zhu Peijian, both 35, were arrested in Manila on Thursday and charged with abduction of an individual. The victim was identified as 32-year-old Jiang Longgen.

Law enforcement says Longgen was the victim of a loansharking scheme. The two Chinese nationals are alleged to have loaned him money, and later demanded huge sums of money in return on the debt. Police say such schemes often involve torturing the victim in order for their families to pony up cash.

The security personnel of the hotel were informed of the kidnapping and they immediately relayed the information to us, the reason behind the successful operation,” Estomo said in a press briefing.

Zhenqiang and Peijian were captured in Entertainment City near Okada Manila and City of Dreams.

Just earlier this week, police filed criminal charges against three other Chinese men believed to be members of a loan shark ring. Huang Yan Jian, 29, Lian Bing, 33, and Li Wei, 38, all face kidnapping charges for abducting a man who reportedly owed them nearly $20,000.

Since January, Filipino police say more than 20 individuals with Chinese passports have been arrested for kidnapping.

Kidnapping is an ever-growing problem in the Philippines, and it often involves the country’s casinos in the Manila capital. The brick-and-mortar and online gaming industry was linked to at least 42 kidnappings last year.

The US State Department advises travelers to “exercise increased caution” while in the Philippines because of “crime, terrorism, civil unrest, a measles outbreak, and kidnapping.”

It’s estimated that hundreds of thousands of Chinese nationals have migrated to the Philippines in recent years to work in online gaming businesses known as POGOs (Philippines Offshore Gaming Operator). The internet casinos target China, a country where gambling is banned everywhere except its Special Administrative Region of Macau.

China announced this week that it was revoking thousands of passports for citizens who are thought to have fled the People’s Republic to work in POGO hubs.

According to the PNP-AKG, Chinese nationals look for gamblers losing big in Manila casinos. Agents approach the target and offer to lend them casino chips in exchange for the individual signing a promissory note. The victim is often required to surrender their passport at this stage.

If the victim wins, the lender requires a 20-30 percent cut of the money. If the victim loses and cannot pay the loan, he is detained in a nearby hotel, where they’re often beaten and tortured on camera, images then sent to his family.

Per a kidnapping flyer from the PNP-AKG, “The group will contact the family of the victim through WeChat and demand money in RMB currency as ransom/payment for the victim’s debt in exchange for their release.”

According to the Philippines Revised Penal Code’s Crimes Against Liberty chapter, “The penalty shall be death where the kidnapping or detention was committed for the purpose of extorting ransom from the victim or any other person.”