Clark County commissioners said the enactment of the federal Preventing Animal Cruelty and Torture Act (PACT), signed by President Donald Trump last week, will allow them to strengthen local laws to more effectively crack down on cockfighting in the Las Vegas Valley. 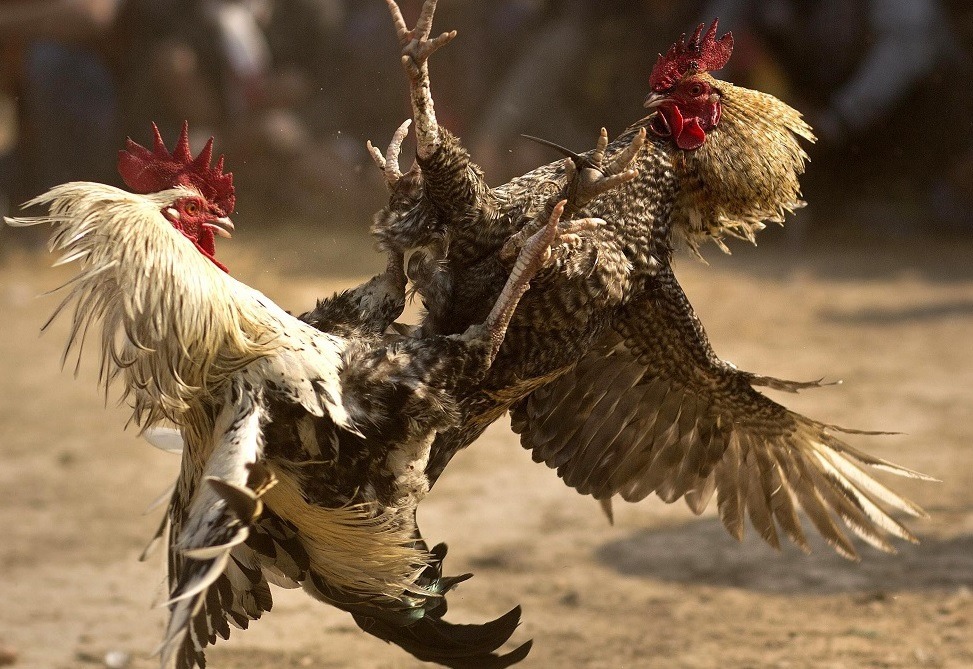 Authorities believe several cockfighting rings recently disrupted in the Las Vegas Valley could be just the tip of the iceberg. (Image: Anupam Nath/AP)

Despite myriad opportunities to gamble in the region, cockfighting has become a problem in rural areas, authorities say, particularly — but not exclusively — among Latin American migrant workers. The blood sport is legal and often culturally accepted in much of South America, but banned in all 50 US states.

Rural parts of California and Texas are also hotbeds for the activity, although cockfighting rings can be found throughout the US.

Bouts involve spectators placing wagers while the birds fight to the death with hooked razors, known as “gaffs” or “slashers,” attached to their talons. The birds are often injected with steroids to increase their fighting potential.

Tip of the Iceberg

Over the past few years, Clark County Animal Control and Metro police raids have disrupted several cockfighting rings. Two raids last year recovered over 1,500 birds and $40,000 in cash and resulted in six arrests.

But the new federal laws will help local law enforcement cast its net further, offering greater powers to prosecute those involved. PACT mandates felony penalties for anyone convicted of the severe abuse of “living, non-human mammals, birds, reptiles, or amphibians.”

Whether you’re hosting, whether you’re spectating, or whether you’re betting — this language here will give us the opportunity to take [punishment] to a higher level,” Clark County Commissioner Lawrence Weekly told KVVU.

Last year, Detective Sandra Southwell from Las Vegas Metro Police’s Animal Cruelty Division said she believed authorities had only “touched the tip of the iceberg” when it came to battling cockfighting in the Las Vegas Valley.

“Is it fair to say it is much bigger than people probably realize? Absolutely!” she said. “You know, we have shown up two hours into it, and we are still finding birds that are actively dying.”

Biggest Ring in US

In 2017, Los Angeles County Police raided what is believed to have been the biggest cockfighting ring uncovered in US history.

An 80-acre compound in Val Verde, 40 miles northwest of Los Angeles, was found to house 7,000 birds, many of which had injuries consistent with cockfighting.

Because gamecocks can sell for anything between $75 to $150 each, to $1,000-plus for “prize fighters,” authorities said the value of the birds ranged from $350,000 to several million dollars.

Ten people were detained at the property, but authorities had no powers to prosecute the owner at that time.

Authorities say the cockfighting is often linked to other criminal activities, including illegal gambling, tax evasion, drug abuse, and violence. It’s common for thousands of dollars to be wagered on a single match.