Coco Gauff continued her remarkable run at the Australian Open on Friday, beating defending champion Naomi Osaka 6-3, 6-4 to reach the fourth round of the Grand Slam. 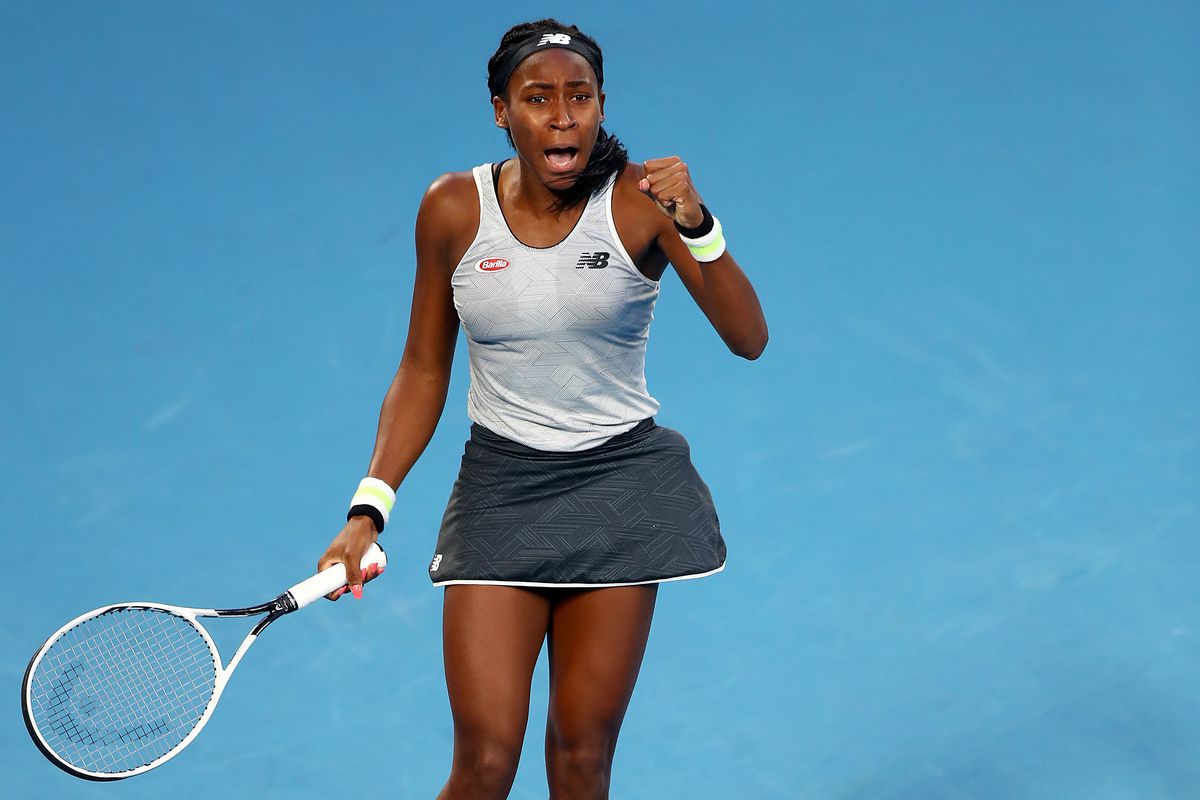 Coco Gauff defeated Naomi Osaka on Friday to move into the fourth round of the Australian Open, where she will face Sofia Kenin. (Image: Kelly Defina/Getty)

Gauff shot up the board at sportsbooks following the victory, with DraftKings Sportsbook now listing the 15-year-old at +1600 (or 16/1) to win the Australian Open.

That puts her in fifth position on the board, following world No. 1 Ashleigh Barty (+285) and other big names like Karolina Pliskova (+550), Petra Kvitova (+600), and Simona Halep (+700). DraftKings gives Gauff the same odds as Elina Svitolina, and favor her over highly respected competition like Kiki Bertens (+2000) and Angelique Kerber (+3300), who has won three Grand Slam tournaments in her career.

Gauff’s victory over Osaka came as a surprise to most observers. Osaka dominated their first meeting at the 2019 US Open, posting a 6-3, 6-0 win that made her a heavy favorite heading into Friday’s encounter.

But Gauff avoided the mistakes that have a tendency to mar her game. While she still committed four double faults, she served well, getting 75 percent of her first serves into play. She made just 16 unforced errors compared to 30 for Osaka.

I think I was more in disbelief,” Gauff said of her match at Rod Laver Arena, the showcase court at the Australian Open. “I didn’t really know what to do. I was just trying to enjoy the moment and savor the moment. I still wouldn’t say I’m used to this.”

Osaka expressed disappointment in her performance, especially against such a young opponent.

“I was not really swinging freely, and she was,” Osaka said after the match. “I have an age problem. I don’t like losing to people who are younger than me, and there is hardly people younger than me. I took this very personally.”

Osaka exploded onto the tennis scene less than two years ago, winning the 2018 US Open by defeating Serena Williams in the final. She followed that with a title at the 2019 Australian Open, but hasn’t reached the quarterfinals of a Grand Slam since.

Gauff’s victory over Osaka wasn’t the only event that improved her chances at the Australian Open on Friday. Serena Williams suffered an upset loss to Wang Qiang, losing 6-4, 6-7 (7-2), 7-5 to end her run in the third round. Williams is still seeking a 24th Grand Slam title, which would tie her with Margaret Court for the most all-time.

The loss of both Osaka and Williams softened the women’s draw significantly. Barty deserves her status as a clear favorite now. But nearly anyone in the women’s draw could realistically win the Australian Open – including Gauff.

Gauff faces No. 14 seed Sofia Kenin next on Sunday. The No. 14 seed is just 21 years old herself, and like Gauff, will be looking to make her first appearance in a Grand Slam quarterfinal. The more established Kenin is a slight -141 favorite over Gauff (+114), according to DraftKings.