Tonight’s College Football Playoff National Championship between No. 1 LSU and No. 3 Clemson will have most oddsmakers cheering on the Tigers of South Carolina, as the money is on the favored Tigers of Baton Rouge, Louisiana. 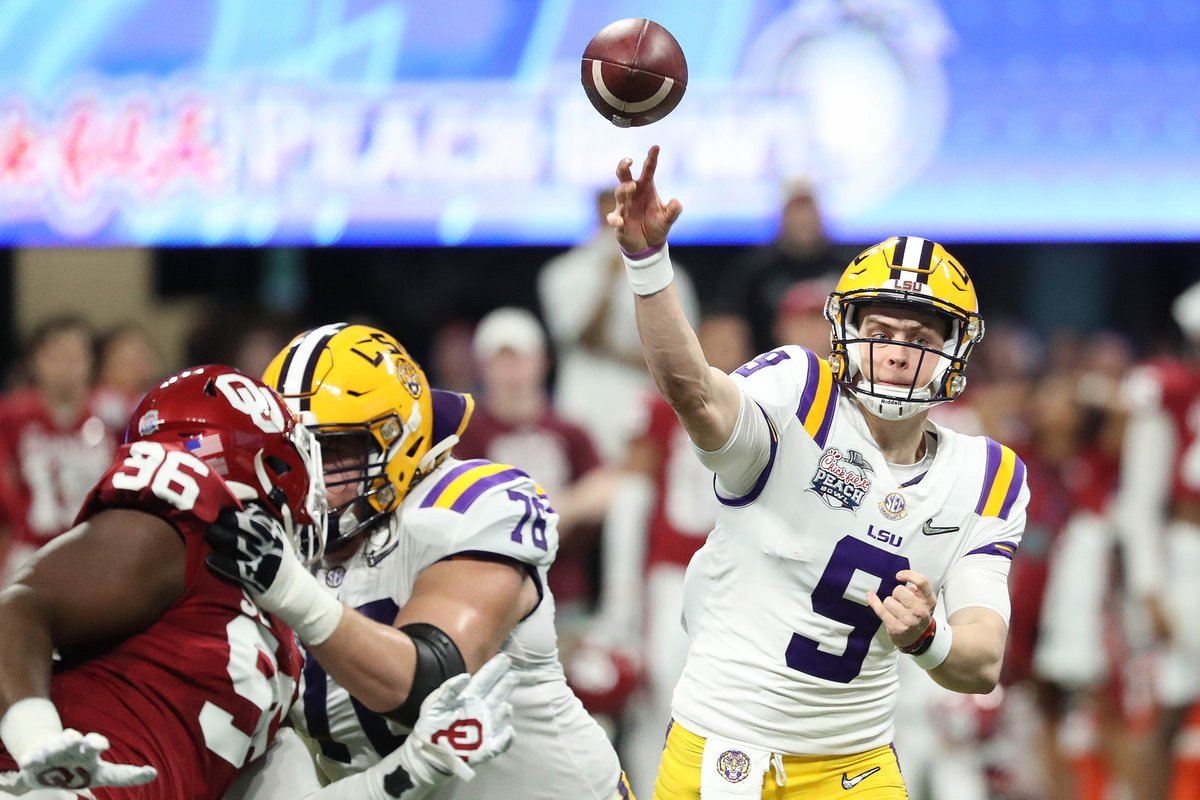 LSU quarterback Joe Burrow, expected to be the No.1 pick in the NFL Draft, plays for a National Championship tonight in his team’s home state of Louisiana. (Image: Jason Getz/USA Today Sports)

Both teams are 14-0, and have plenty of reason to think they will emerge victorious tonight. Led by Heisman Trophy winner Joe Burrow, LSU has dominated college football this season.

Clemson is the defending national champion, yet has been pushed aside much of the year by the CFP ranking committee because of what’s been considered an easy regular season. Their upset win over No. 2 Ohio State in the semis proved the Tigers remain capable of beating any team in the country – even LSU.

“It’s a great matchup, the two best teams for this year, two great quarterbacks,” Swinney said of his own QB Trevor Lawrence. “That’s the way a championship game ought to be.”

Kickoff is 8:00 pm ET from the Mercedes-Benz Superdome in New Orleans, Louisiana.

Clemson is seeking its third National Championship in the last four college football seasons. While some fans might rather see LSU claim its first title since 2007, oddsmakers will be hoping for the champs to defend.

The majority of both the number of bets and the amount of money wagered is on LSU. A boatload of money came quick on LSU after oddsmakers opened up lines following the semifinals, with the Baton Rouge Tigers spotting only 3.5 points to Clemson.

The early action caused the spread to swell to as much as 6.5 points. However, recent action on Clemson has pushed the line down to five.

LSU is expected to have considerable fan support and near-homefield advantage, as Baton Rouge is about a 90-minute drive from the Superdome. “Ever since we knew the national championship was going to be in New Orleans, it was a goal of ours to earn the right to be here,” explained LSU coach Ed Orgeron.

Swinney said his players are accustomed to playing in hostile conditions. “The last one (Fiesta Bowl) was a road game. It’s a long way out there in Arizona. We may as well have played it in Columbus and made it a lot easier on everybody,” the coach jokingly stated.

“I think it’s really cool for LSU. How cool is that? Just hop on a bus. It would be like us playing for a national championship in Greenville,” Swinney concluded.