Conor McGregor Returns to the UFC as Heavy Favorite vs. Cerrone


Conor McGregor will step into the Octagon for the first time in 15 months on Saturday, when he takes on veteran brawler Donald Cerrone in the main event of UFC 246 in Las Vegas. 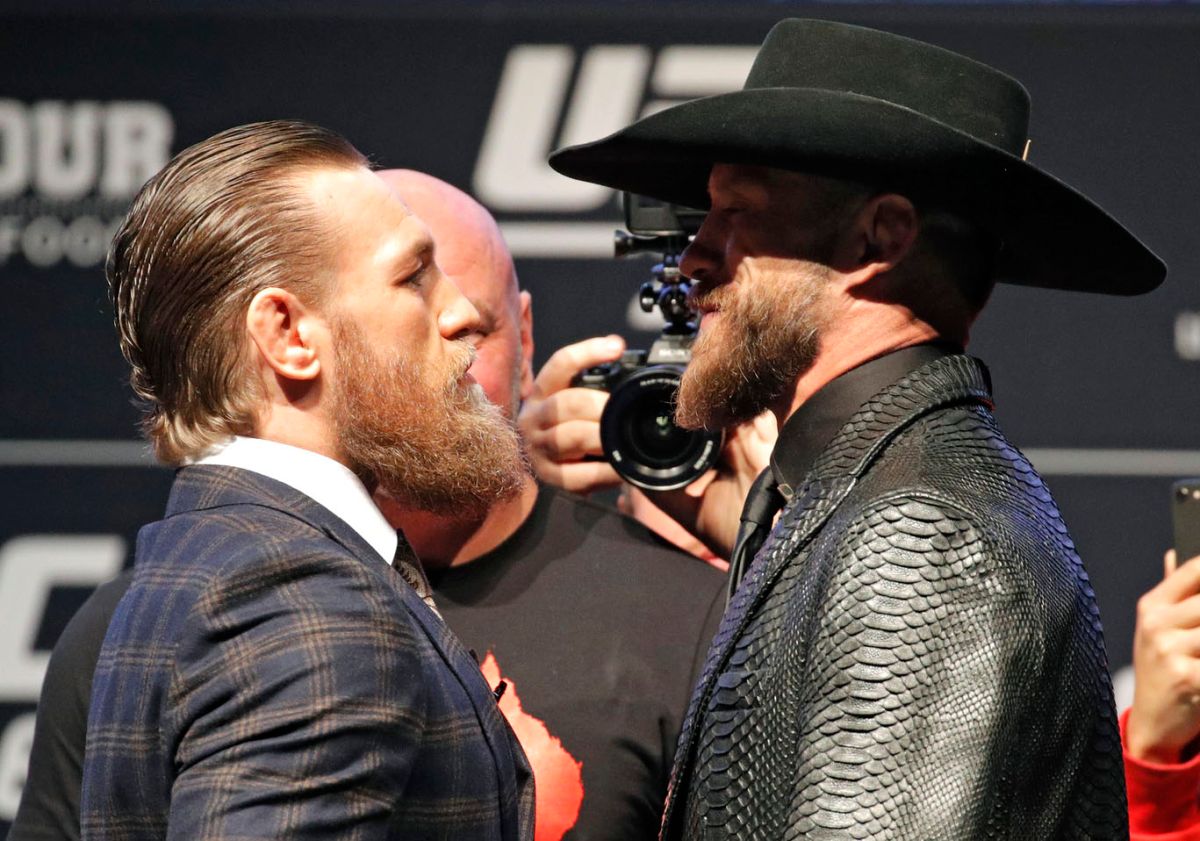 Conor McGregor (left) will make his return to the UFC on Saturday against Donald “Cowboy” Cerrone in the main event of UFC 246. (Image: AP)

McGregor is considered a significant favorite heading into the welterweight bout, with DraftKings Sportsbook listing the Irishman as a -335 favorite over “Cowboy” Cerrone (+260).

Last time McGregor (21-4) fought in the UFC, he was choked out by Khabib Nurmagomedov in the fourth round of their lightweight championship tilt at UFC 229. That fight is best remembered for the brawl after the bout, which saw both Nurmagomedov and McGregor hit with fines and suspensions by Nevada regulators.

Now, McGregor makes his long-awaited return against another of the most popular fighters in the UFC. And while his year off has been filled with controversy, he says that fans are going to see a new Conor McGregor, one that is dedicated to making a return to greatness in 2020.

Cerrone (36-13) has a long and storied career as a contender in the UFC, even if he’s never quite been considered one of the most elite fighters in the world. He did once get a title shot in 2015, losing in just over a minute to Rafael dos Anjos in a lightweight championship bout.

An upset win over McGregor could get Cowboy back into title contention one more time at age 36. But win or lose, Cerrone will benefit from getting the chance to fight the UFC’s biggest draw.

If you’re asking me if I re-did a contract, yeah, I did. So thanks Conor, appreciate that,” Cowboy told reporters on Thursday. “But moving forward with my next six fights, they’re all money fights. So it’s not just this one. We did a contract where they do all of them. I’m stoked.”

As popular as McGregor is, there will be a sizable chunk of the UFC fan base – perhaps even the majority – who will be rooting for Cerrone to get what would be the biggest win of his career. If that upset happens, Cowboy says he’d be more than happy to run it back against “The Notorious.”

“I would, because I don’t care,” Cerrone told MMA Junkie when asked about a potential rematch. “I would love to get right back on and get in there in March. So yeah, [I would do an immediate rematch].”

The much more likely scenario, however, is that McGregor gets the best of Cerrone, likely in the early rounds. McGregor is likely to be able to overwhelm Cowboy in what is probably going to be a striking contest, as the Irishman should be able to stop his opponent from taking the fight to the ground, where Cerrone might have the edge.

While Cowboy could have a chance to be the fresher fighter in the later rounds, it’s more likely that McGregor finds a way to finish things off in the first couple of rounds – something he has predicted in the leadup to the fight.

“It’s hard not to respect Donald right now at this stage. He has my respect,” McGregor told reporters. “And for the Mystic Mac prediction, it will be a KO.”