Could Bengals Bypass Joe Burrow Due to Small Hands?


The NFL Draft begins April 23 from Las Vegas’ famed Bellagio Fountains, and while Heisman Trophy winner Joe Burrow is highly anticipated to be selected as the No. 1 overall pick, one of his physical attributes could cause a bit of hesitation among team scouts. 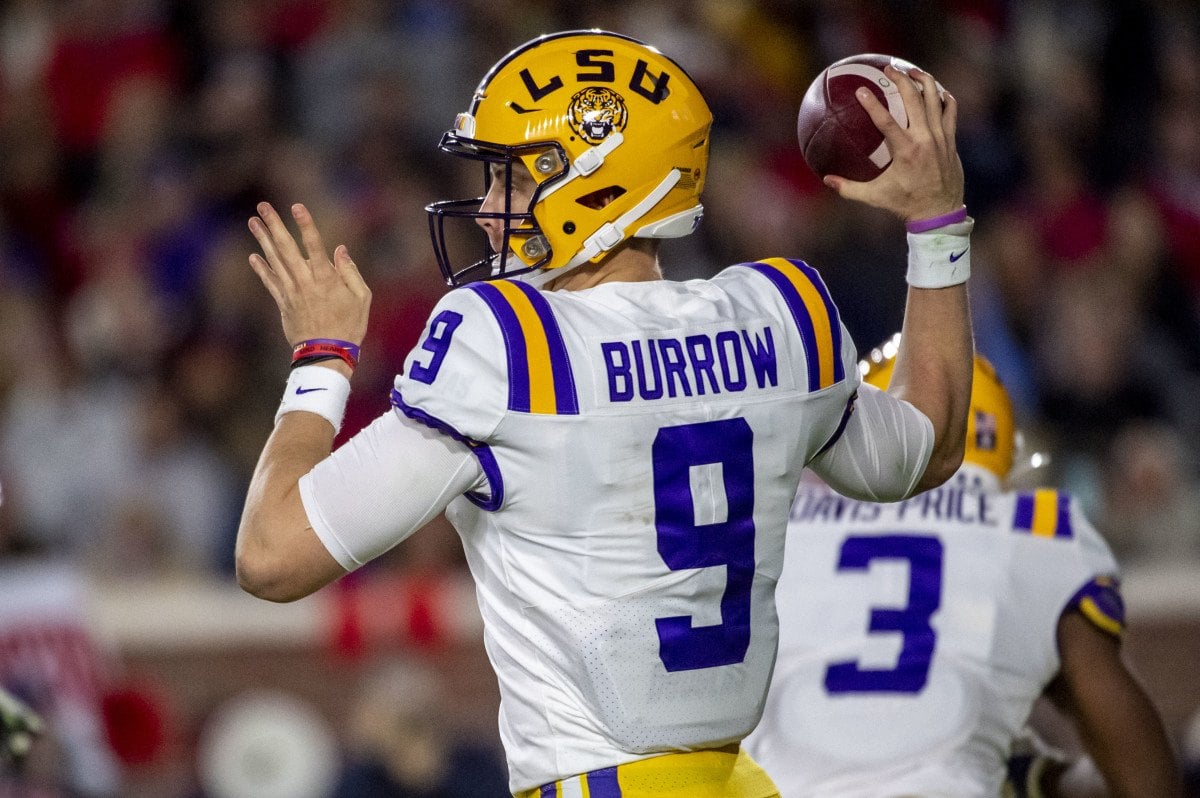 With the first pick in the 2020 NFL Draft, the Cincinnati Bengals are likely in good hands with LSU’s Joe Burrow. (Image: Vasha Hunt/USA TODAY Sports)

On Monday, news from the NFL combine in Indianapolis revealed that the former LSU quarterback’s hands measured nine inches. Hand measurements are calculated from the tip of the pinkie to the tip of the thumb.

According to ESPN Stats & Information, no quarterback drafted in the first round over the last dozen years has had smaller hands. Only QBs Ryan Tannehill and Jared Goff have gone in the first round with hands measuring nine inches.

Thirty-five quarterbacks have been drafted in the first round since 2008. Their average hand size is nine and 7/10 inches. Regardless, Burrow, who led his LSU Tigers in winning the College Football Playoff National Championship, remains the heavy betting favorite to be selected No. 1 by the Cincinnati Bengals.

The PointsBet sportsbook in New Jersey has Burrow at -10000 to go first. On those odds, a $100 bet would net just one dollar.

The size of a quarterback’s hands are strongly considered by NFL team scouts, as the football in the pro league is slightly larger than the college pigskin. ESPN says over the past 10 years, only three quarterbacks with nine-inch hands have attempted more than 300 passes. None has a Total QBR of more than 55.

Total QBR is a statistic created by the sports network that calculates a quarterback’s role in his team’s success or failure.

The larger the hand size, scouts say, the less likely the quarterback is to fumble the ball when hit. The Bengals are looking to move on from Andy Dalton, and are expected to go with Burrow.

But Cincinnati was prone to turnovers last season. The team threw 16 interceptions and gave away 14 fumbles, tied for fifth-worst in the NFL. During his remarkable senior year, Burrow threw just six interceptions against 60 touchdown passes. He fumbled the ball four times, but the opposing team recovered just one.

If the Bengals want to stick with a QB, it will almost certainly be one of these three: