The Crown Resorts inquiry in New South Wales to determine whether the casino operator is suitable to hold a gaming license in the state has been suspended amid an ongoing court appeal. 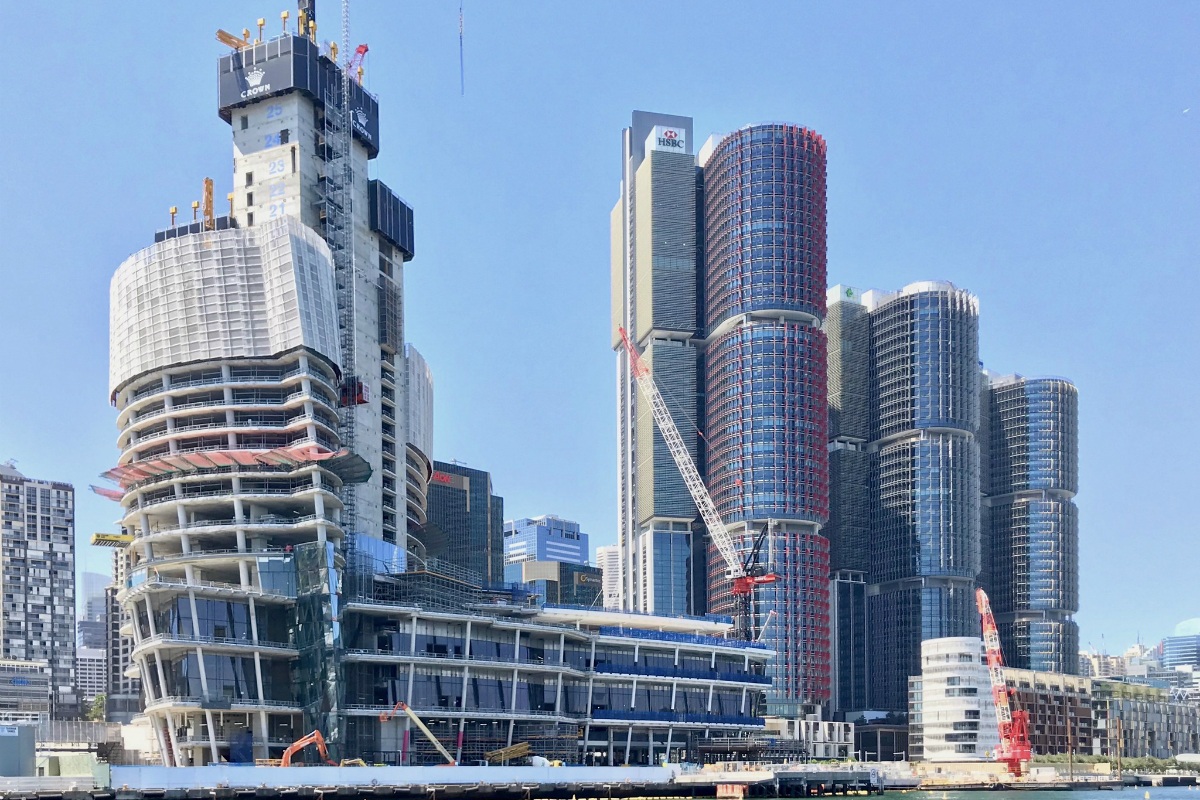 Crown Resorts continues to build its Sydney casino. But the company could be barred from operating the resort. (Image: Sky Scrapper City)

The NSW Independent Liquor and Gaming Authority (ILGA) continued its probe into Crown this week with witness testimony regarding the company’s business practices. Specifically, the ILGA is determining the casino operator’s exposure to organized crime in dealing with junket groups, as well as Crown’s vulnerability to money laundering.

But on Thursday, the ILGA announced that the hearings were being suspended amid an appeal brought by NSW Attorney General Mark Speakman. The appeal is regarding a recent NSW Supreme Court decision that concluded the authority does not have the same powers of a royal commission, and therefore does not have the legal power to demand certain documents.

The case revolves around the company’s $1.5 billion Crown Sydney casino resort, which is nearing completion and slated to open in December. The ILGA said it expects to resume the hearings in mid-March.

The hearings have already revealed Crown shortcomings in protecting against money laundering. The Australian Transaction Reports and Analysis Centre said it was never made aware of a $331,000 wire transfer from a Crown casino – mandated under federal law – that eventually ended up in the hands of a known drug trafficker in China.

Melco Resorts, which owns a 9.99 percent stake in Crown Resorts, filed a lawsuit seeking an injunction of the inquiry. The Lawrence Ho-led casino giant argues that the ILGA grossly overstepped its powers by demanding documents that are protected by lawyer-client privileges.

The NSW Supreme Court ruled that the ILGA indeed does not possess the powers under Section 17 (1) of the state’s Royal Commission Act, which provides the regulatory framework for agencies investigating police and government corruption and organized crime. Speakman contends otherwise.

The NSW attorney general filed an urgent appeal with the state Supreme Court. The challenge is set to be heard March 9.

Melco had previously agreed to purchase an additional 9.99 percent stake in Crown, but opted not to earlier this month. Ho blamed the COVID-19 coronavirus as reason for the withdrawal.

If the Supreme Court decides to allow the Crown Resorts probe to continue, the next batch of scheduled witnesses will be critical to the inquiry outcome. Employees from both Crown and Melco will go before the authority to reveal insight into the companies’ inner workings.

Crown founder and former CEO James Packer, as well as Ho, could be called. The two billionaires are former business partners who separated in 2017 following numerous Crown employees being arrested in China and charged with gambling promotion offenses.

Gambling is illegal everywhere in China other than its Special Administrative Region of Macau. It’s long been suspected that part of Crown’s business model is catering to wealthy Chinese citizens. But marketing gambling activities is illegal in the People’s Republic.