Del Mar has announced it will not hold its annual Thanksgiving day race card, citing concerns about a weather system expected to hit the area around the Southern California track starting on Wednesday. 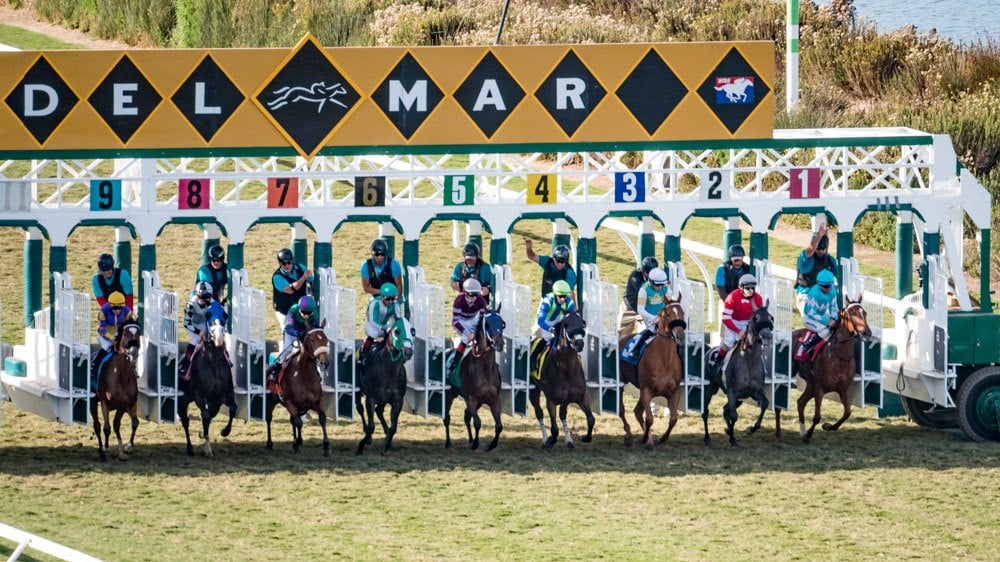 In making the announcement, track officials said they consulted with the Thoroughbred Owners of California and the California Horse Racing Board in making the decision, which they said was in the best interests of horse and rider safety.

On Tuesday, the National Weather Service issued a flash flood watch through Thanksgiving night for San Diego County, where Del Mar is located. Rainfall of up to three inches is possible in the region, with heavy downpours possible at times.

The cancellation will lead to Del Mar running extended cards on Saturday and Sunday, the final day of the fall meet. Track officials will also move Friday’s turf races to the weekend as they plan, for now, to run only on the main dirt track that day.

We’re planning on putting on a good show Friday and following that with tremendous stakes-filled cards on both Saturday and Sunday,” said Tom Robbins, the track’s executive vice president for racing. “We’ve got horses and horsemen coming into town from back east for our big races, and we want them to know that their races will be presented as planned under safe and proper conditions.”

The track will still be open for simulcast racing Thursday morning and afternoon.

The decision to postpone races comes less than a week after Del Mar joined other top race track operators, including Churchill Downs Inc., the New York Racing Association, and The Stronach Group, to call for reforming the sport and improving safety.

That effort has come together in the wake of 37 horses dying at Santa Anita, another California track, within the past 11 months. Seven horses have died at Del Mar this year.

Among the reforms sought by a group known as the Thoroughbred Safety Coalition are random drug testing, restrictions on when jockeys can use a riding crop, and collecting data on racing surfaces that can be used with other databases to potentially identify injury patterns.

Del Mar President Josh Rubinstein said in a statement that the reforms are similar to issues California officials have sought to address.

“It is critically important that we work together to create the highest levels of safety, integrity and accountability at our tracks, and it is also our responsibility to more proactively help the public understand the extensive steps we take to promote a safer environment for our human and equine athletes,” he said.

Big Weekend on the Turf

On Saturday and Sunday, Del Mar will run 10 races each day. The cards will be highlighted by seven graded stakes races, with purses totaling $1.3 million on the turf course.

On the meet’s closing day, the $300,000 Grade I Matriarch Stakes will be run on the turf. The one mile race is for fillies and mares, 3-years-old and up. In addition, Sunday’s card includes the $200,000 Grade II Hollywood Turf Cup, originally scheduled for Thursday. The 1-1/2-mile race is for 3-year-olds and up.