WBC heavyweight champion Deontay Wilder is a heavy favorite to retain his title in a rematch against Luiz Ortiz on Saturday at the MGM Grand Garden Arena in Las Vegas, with FanDuel Sportsbook making Wilder a -600 pick to retain his title. 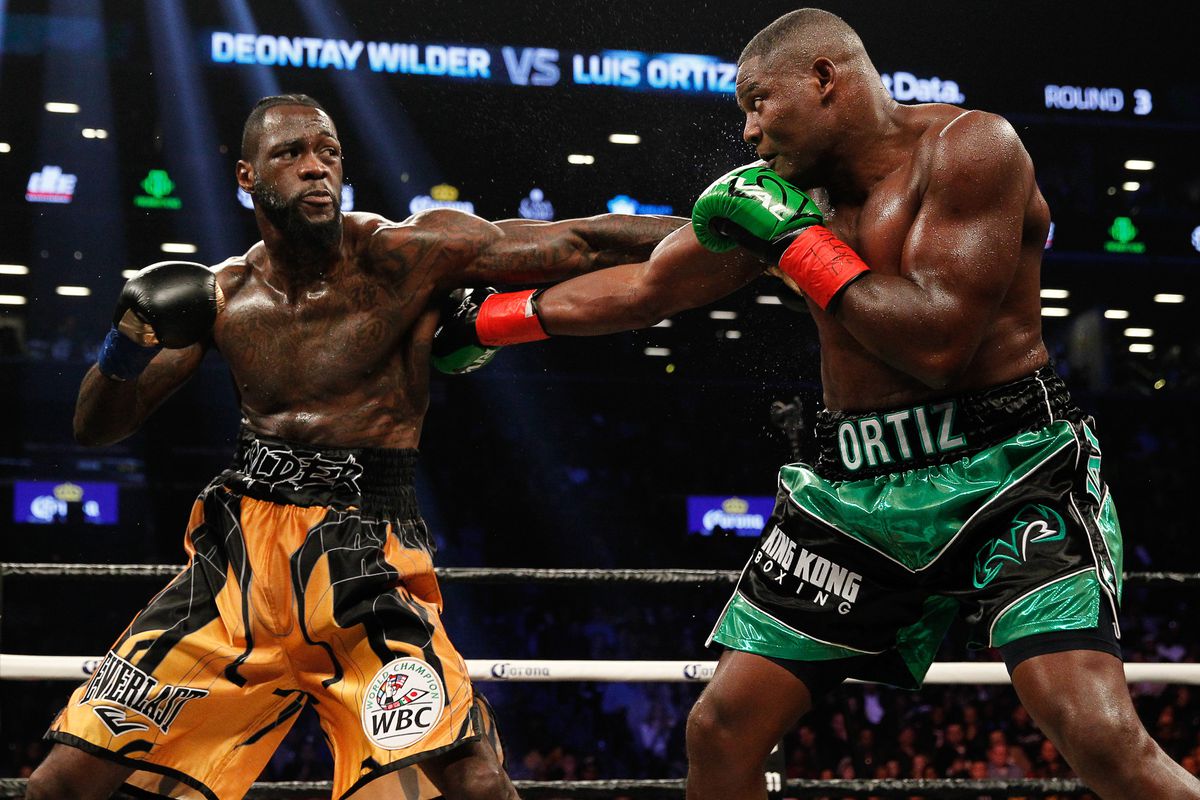 Deontay Wilder (left) will try to keep his undefeated record intact in a rematch against the dangerous Luis Ortiz (right) on Saturday. (Image: Edward Diller/Icon Sportswire/Getty)

The two men last fought in March 2018 in a back-and-forth affair that ended in a 10th round TKO win for Wilder.

Wilder, Ortiz Predict More of the Same in Rematch

The bout wasn’t an easy one for Wilder, who nearly got knocked out by the Cuban veteran. Wilder looked to be in control after knocking down Ortiz in the fifth round. But Ortiz fought back, nearly flooring Wilder in a vicious attack in the closing seconds of the round.

But Wilder survived, and knocked down Ortiz twice in the 10th before the fight was stopped. And while the first experience could have made the fighters cautious in their rematch, neither man seems to be taking that route.

This fight will not go the distance, so get your popcorn, go get your pizza, go to the bathroom,” Wilder told reporters at a news conference. “Make sure you’re by somebody who’s not going to disturb you. Don’t drop your cellphone. Put it in your pocket because you don’t want to be the one who drops it and then looks up and says, ‘What happened?’”

Ortiz was just as committed to an action-packed fight.

Oddsmakers agree that this fight will likely end in a stoppage. Bettors can get +400 on the fight actually managing to go the distance, while FanDuel is only offering -770 of the bout ending before 12 rounds are up.

Ortiz (31-1, 26 KOs) isn’t one of the biggest names in the heavyweight division, but that is largely because of a lack of opportunity against top fighters. Now 40, Ortiz was already 39-years-old at the time of the first fight, yet was still a significant challenge for the much-younger Wilder.

It’s likely that Ortiz is nearing the end of his career. But he still possesses prodigious knockout power, meaning he will always have a puncher’s chance against anyone.

This isn’t just Deontay fighting any other opponent,” Ortiz said at the pre-fight press conference. “Obviously, Deontay had his reasons for taking this fight. But on Saturday, I’m going to show why that was a mistake. I’m going to be the new heavyweight champion of the world.”

For Wilder (41-0-1, 40 KOs), a win in the rematch is a necessary step in earning a rematch with Tyson Fury, whom he fought to an exciting draw in December 2018. That made this fight a calculated risk, as Wilder could have easily fought an easier tune-up to guarantee the lucrative rematch with Fury instead.

On the other hand, the champion doesn’t see this bout as much of a risk.

“I was the better man, the stronger man, the faster man, more determined and more hungry,” Wilder said of the first fight. “I’m a king, and when you are a king, you get off your throne when it’s time for battle, and when you’re done, you sit your ass down and take your armor off, because it’s time to eat, and that’s exactly what I have done.”