Brooks Koepka has been golf’s most dominant player in recent years. But after suffering a knee injury and undergoing a painful stem-cell injection, the 29-year-old admits he’s “nowhere near 100 percent.” Regardless, oddsmakers have him as the favorite this week at The Honda Classic at PGA National. 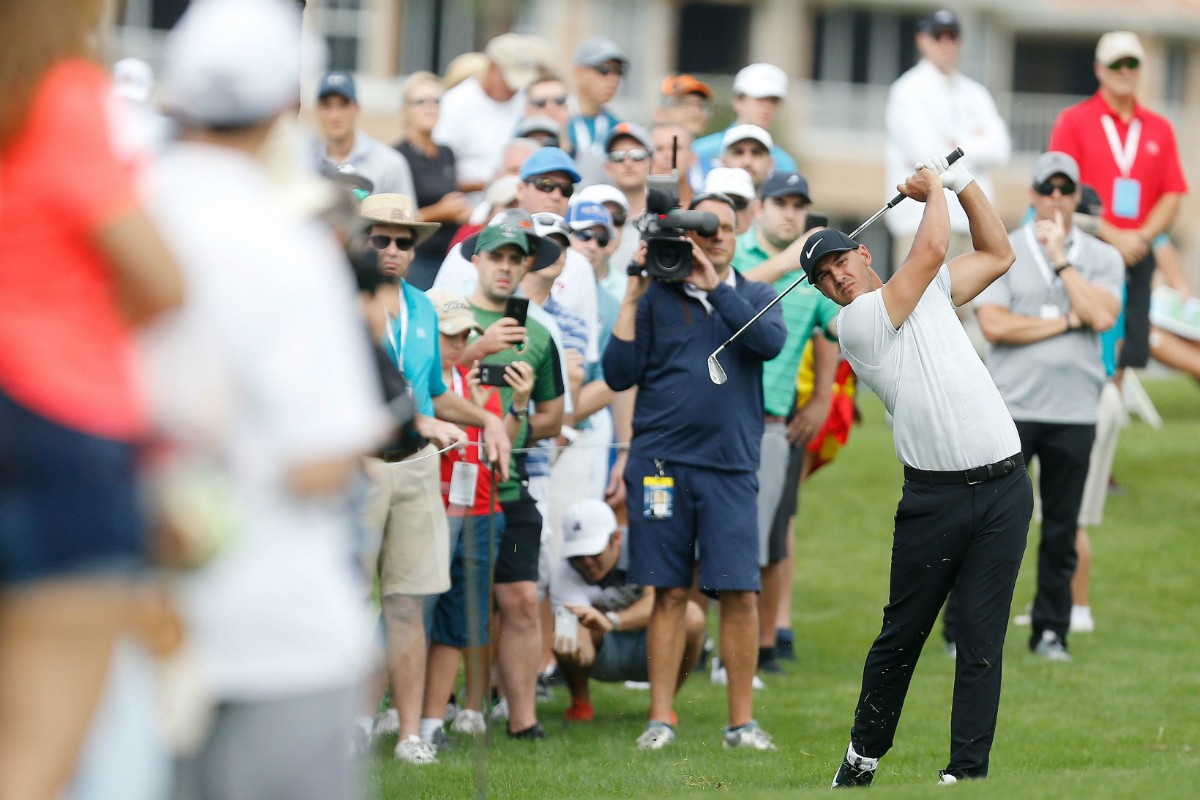 An injury has kept Brooks Koepka outside the ropes, which has led to him losing his No. 1 status in golf. (Image: Michael Reaves/Getty)

This week marks Koepka’s fourth PGA Tour event since undergoing the knee treatment. In those tournaments, he’s missed a cut, withdrew, and finished T43. And still, he’s the Honda betting favorite at 12/1. Koepka shares those odds with Tommy Fleetwood.

“It was a lot worse than we let on,” Koepka told GolfWorld recently of playing through the injury in 2019.

A lot of pain. I’m nowhere near 100 percent. I don’t know if my knee will ever be 100 percent. It’s one of those things where I’m just trying every day,” he explained.

Koepka missed out on a playoff a year ago at the Honda after winner Keith Mitchell drained a 15-footer on the final hole to win by one over Brooks and Rickie Fowler.

It was a Cinderella story for Mitchell, as he was 150/1 to win the tournament. He enters this week at 80/1.

Viktor Hovland is coming off his first PGA Tour win – the Puerto Rico Open, which was played last week as an alternative event to the WGC-Mexico Championship. The 22-year-old Norwegian is at 25/1 to make it two in a row.

GQ published a lengthy one-on-one with the golf superstar this week, and in it, Koepka revealed insight into his politics. The game’s former world No. 1 says he’s played golf with both Presidents, Donald Trump and Barack Obama.

As for why some sports stars have refused to accept invitations from the current White House, Koepka explained, “I respect the office. I don’t care who it is. It’s a respect thing. That’s what I don’t understand about the teams that don’t go to the White House.”

Koepka is never one to shy away from sharing his thoughts. Earlier this month, he said Patrick Reed cheated when he improved his lie in a bunker during the Hero World Challenge in December.

Reed quieted his critics last Sunday by winning the WGC-Mexico Championship on 40/1 odds.