DraftKings announced earlier this week that it has signed multi-year gaming partnerships with three NBA teams, a move that further strengthens the sports technology and entertainment company ties to the basketball league. 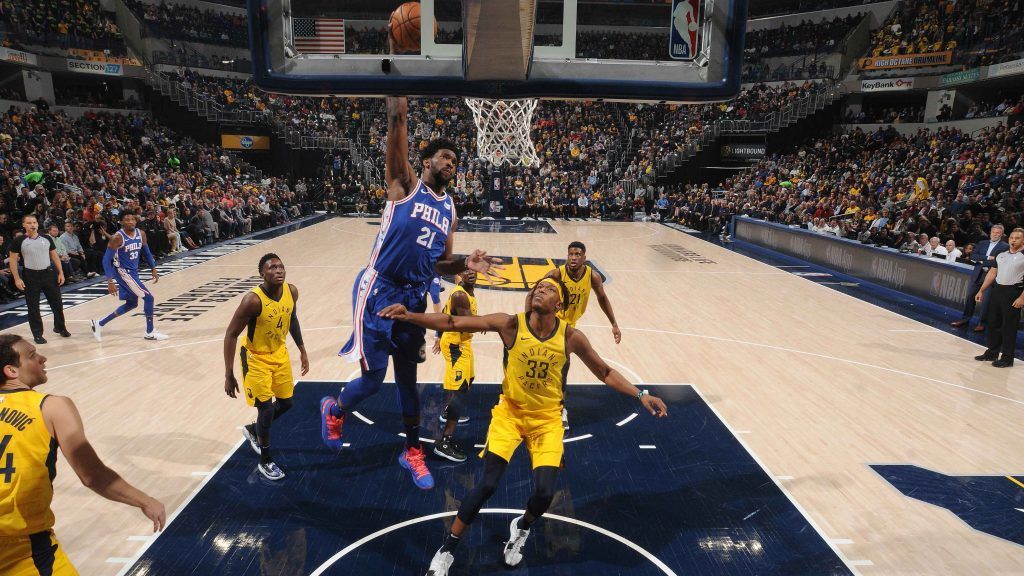 DraftKings is now an official partner of both the Philadelphia 76ers and the Indiana Pacers after securing agreements with the teams earlier this week. (Image: NBA.com)

The teams involved are the Indiana Pacers, the Philadelphia 76ers, and the Boston Celtics. The partnerships come on the heels of DraftKings becoming an authorized gaming operator with the league back in November.

The arrangements with the teams are different, as gaming laws in the three states are different as well. However, Ezra Kucharz, DraftKings chief business officer, said in a statement the partnerships are built on a common strategy.

The NBA represents DraftKings’ second-most-popular sport, and we are thrilled to offer our fanbase a continually unique and authentic sports gaming product,” he said.

DraftKings will have the right to use official team marks and logos as part of the agreement with each team.

The partnership with the Celtics dwells only with fantasy sports as DraftKings becomes the team’s official daily fantasy sports partner. While Massachusetts has yet to legalize sports betting, Boston – one of the NBA’s most legendary franchises – represents an important market, especially since it’s the home of DraftKings’ headquarters,

Rich Gotham, the team’s president, said in a statement that daily fantasy players are among the most highly engaged fans in the league.

The agreement will allow DraftKings to hold a “Play on the Parquet Event,” which is a reference to the famed parquet wood court the team uses for its games.

DraftKings will serve as the official daily fantasy sports partner and an official sports betting partner with the Pacers. Indiana represents one of DraftKings most lucrative sports betting markets as it currently ranks as the top online sportsbook in terms of handle.

The Pacers postgame show will now be sponsored by the company, and DraftKings will be able to offer its customers a chance to attend a VIP fantasy camp and serve as honorary team captains. Other opportunities include the chance to meet former Pacers players and a chance to play a scrimmage game on the team’s practice court.

With the 76ers, DraftKings becomes the team’s official daily fantasy partner and a sportsbook and online casino partner of the franchise. Online casino gaming became legal in Pennsylvania back in July.

While the agreement includes “traditional” marketing and sponsorship opportunities as well as access to tickets and suites, it also will allow DraftKings to offer special all-access tours of the team’s training facility.

“The 76ers are proud to continue to stand alongside DraftKings as we together create and amplify expanded and differentiated opportunities for fans to engage with our team, dynamic players and sport,” Sixers President Chris Heck said in a statement.

Back in 2018, the 76ers signed a deal with Caesars Entertainment that was the first such partnership with a gaming company and an NBA team. Last October, the franchise also announced it had secured a multi-year agreement with Parx Casino to be its “official winning partner.”