Dwayne Haskins and Daniel Jones Are Trending in Opposite Directions 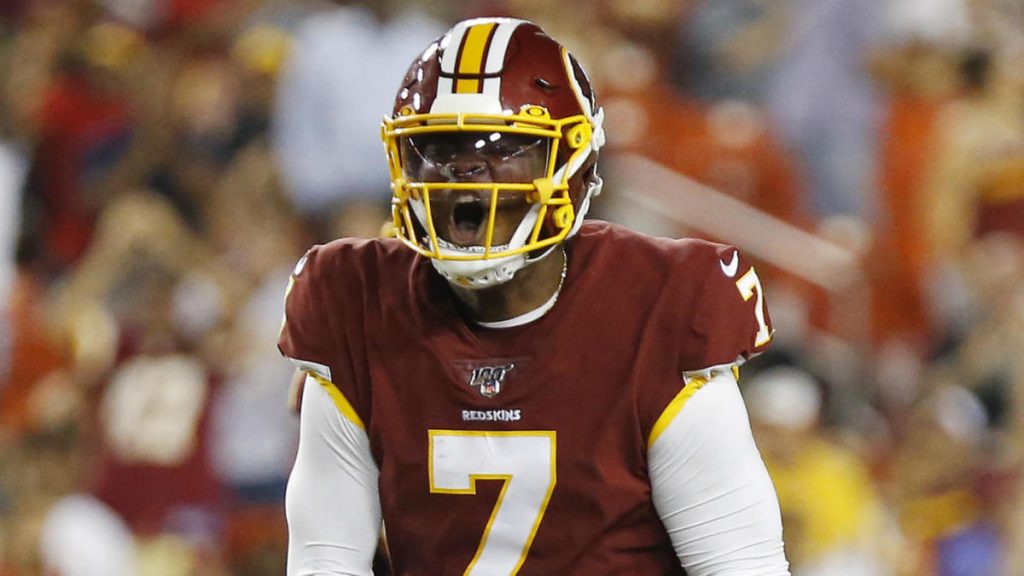 When Daniel Jones name was called by the New York Giants at sixth overall, there was a loud chorus of boos and plenty of outrage amongst the fans and scribes of the team.

The name they were clamoring for as the QB of the future would instead be taken at 15th overall by a division rival no less as Washington snagged Dwayne Haskins. The former Ohio State Buckeye in his sole season as a starter was electric and only got better as the season went along. That includes the 62-39 thrashing he helped deliver over rival Michigan as well as a Rose Bowl win over Washington and a 12-1 overall season record.

Well, if the preseason is any indication, perhaps it’s best not to put too much stock into team results at the college level when evaluating quarterbacks.

Competing for the starting job with two seasoned players in Case Keenum and Colt McCoy, Haskins has mostly looked lost in preseason action.

The team has scored just 23 points total in the two games. In the first one, Haskins threw two interceptions and neither of them were as a result of strong throws. He looked better in week two against Cincinnati, but had his share of problems, completing just 50% of his passes and getting sacked three times while tossing a touchdown. 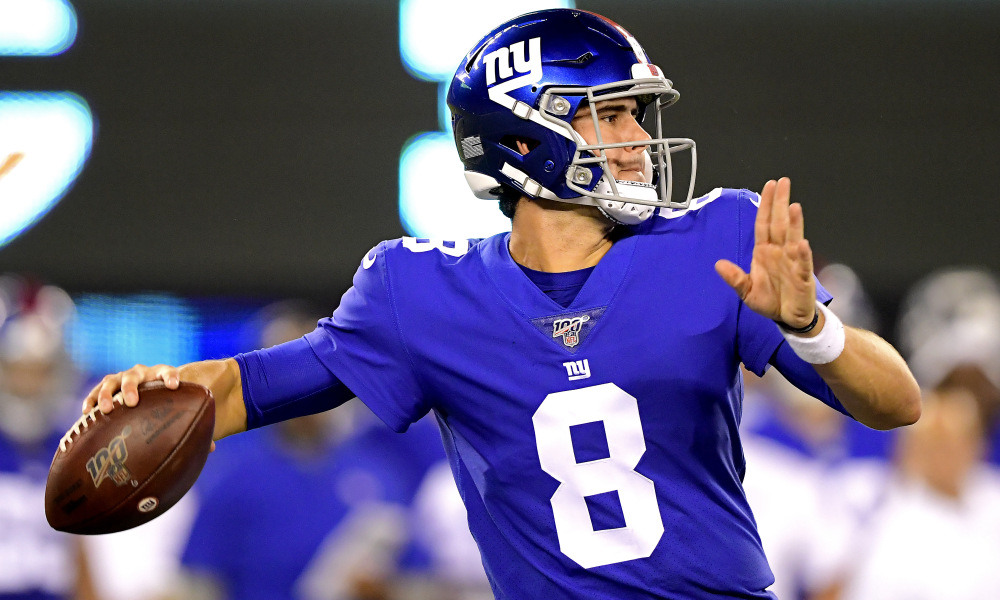 Coach Jay Gruden is expected to announce his starter after week three.

The question to ask with Haskins as his stock falls, is this now worth the added value of taking a flyer on. It might not be such a bad thing if he doesn’t start the season. Washington is not expected to do much this season, so Haskins could sit and learn for three or four games and then take what he’s learned and turn things up.

That would certainly follow the pattern at Ohio State where he got better and better as the season went along.

Jones in the meanwhile is still a longer shot with (+3081) odds because the man he needs to replace is Eli Manning. New York would have to be terrible in the first month for Jones to take over that quickly and that loss of opportunity still makes him a big gamble.

If he can keep that up throughout the preseason, the noise to start Jones will start to become deafening in arguably the loudest market in the land.

As it is, Jones is already doing a masterful job of quieting his and his GM’s critics in the early going.