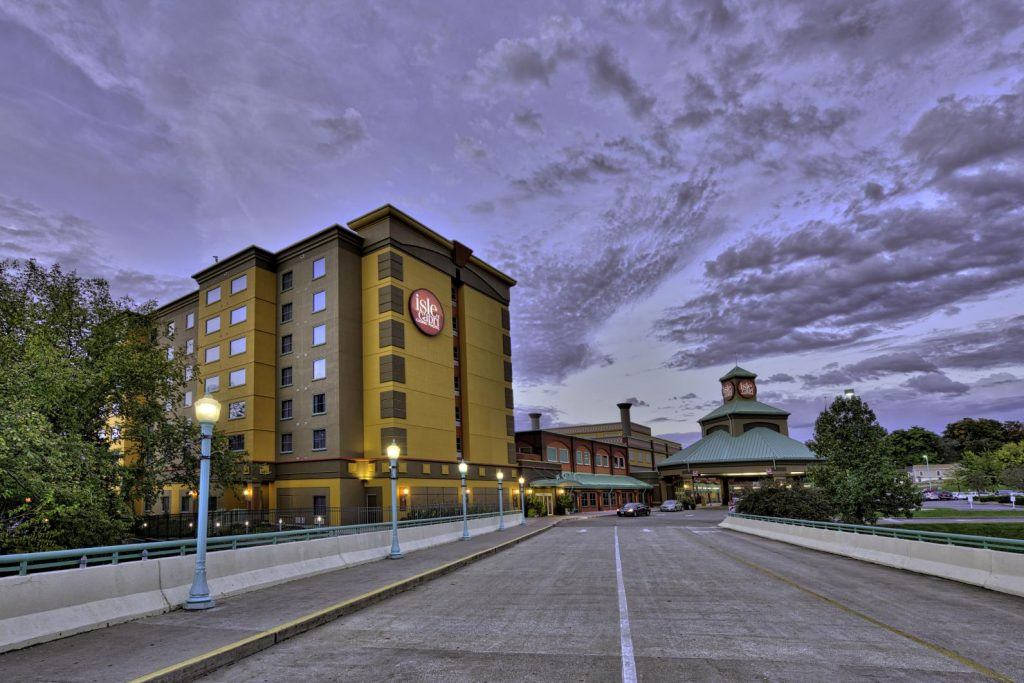 Reeg noted that more investors are taking an interest in Eldorado after its $17.3 billion dollar deal with Caesars, which will give the Reno-based company a majority stake in the new venture. The new company will retain the Caesars name, but Eldorado executives will run it.

“We’re extremely confident in every number that we have put in front of you,” he said. “We’re constantly finding new levers within Caesars to pull as we go forward. This transaction is going to be a home run for all of our stakeholders and we’re excited to get started.”

One of the first priorities for the new Caesars company once the merger closes – which Reeg expects will take place – will be to sell one of the company’s properties on the Las Vegas Strip. Reeg reiterated that the sale would not take place until “we own Caesars.”

An agreement to sell would likely follow within the first 12 months after that, he added.

Besides selling a Strip property, Reeg added the company will need to sell a Lake Tahoe property, but aside from that, he doesn’t expect Caesars or Eldorado to have to divest of anything else to gain regulatory approvals.

“That’s obviously a big draw in terms of what was appealing about Caesars as a company,” he added. “I would expect we become heavy with… Caesars would be just the highest end properties, but I would expect to see a lot of our assets change into Horseshoe or Harrah’s over time.”

As Eldorado and Caesars officials work on closing their deal, one of the remaining items that needs to be addressed is who will operate the new company’s sports betting operations. While Caesars has an established sportsbook, Eldorado has an existing agreement with William Hill to operate its sportsbooks.

Based on what Reeg told analysts Wednesday, it appears not much has changed since he spoke with Casino.org earlier in the month after the Iowa Racing and Gaming Commission gave its approval on the merger.

The thought is more what can it become now that we’re bringing all the Caesars assets into it,” Reeg told analysts. “I would not expect it to take until 2021, but I also wouldn’t expect it to happen three weeks from now.”

While the company has quelled talk of growing internationally, Eldorado officials do see some potential for investing in Caesars US properties. Two that Reeg mentioned specifically Wednesday were Indiana Grand and Hoosier Park.

When Indiana passed its expanded gaming law last year, it allowed the two racinos to offer table games six month earlier than previously planned. So far, it’s been a tremendous success for the venues, both of which are less than an hour from Indianapolis.

“We see significant opportunity at the tracks in Indiana,” he said. “If you look at the performance to date from the tables it’s off the charts, it’s obviously early, but they were a capacity constraint there.”

Regarding its earnings, Eldorado reported a total of $592.1 million for its net revenue for the quarter. That marked a 4.4 percent decrease from the 2018 fourth quarter. Operating income for the final three months of 2019 fell by 32.2 percent to $58.9 million.

However, the company’s adjusted EBITDA rose by .4 percent to $146.2 million.

Anthony Carano, Eldorado’s president and COO, told analysts the company was pleased with the results since the 2018 fourth quarter was a highly successful period for the company.

CFO Bret Yunker said the company paid $388 million on its term loan, bringing the total debt reduction for 2019 to more than $700 million. That will help as the company looks to raise funds to close the Caesars transaction.

“We have everything on track to take our committed financing out to market in the coming weeks and… in light of recent debt issuances in the sector, we are eager to see where that lands in terms of execution relative to our original expectations,” Yunker said.