A company run by Elon Musk has begun work on a project that’s designed to save time for visitors to the Las Vegas Convention Center (LVCC). 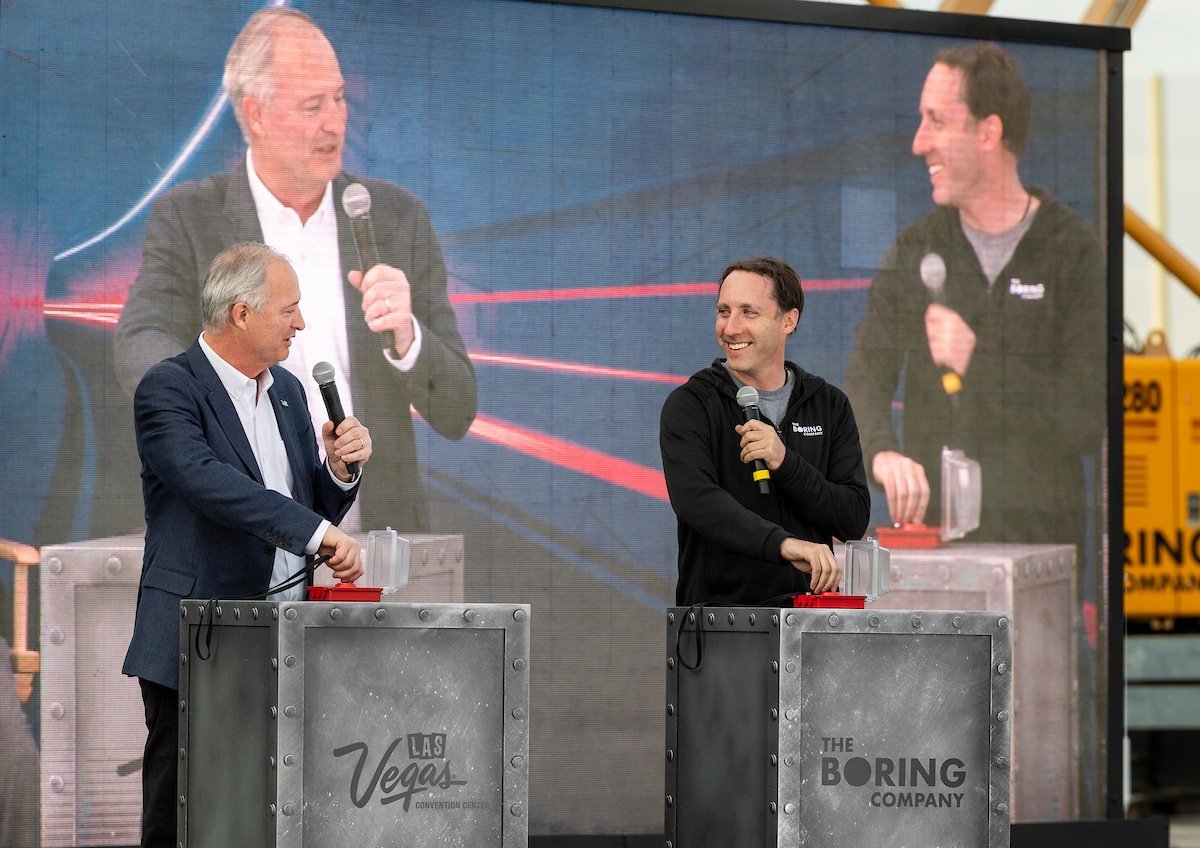 Last week, representatives of Musk’s The Boring Company and the Las Vegas Convention and Visitors Authority pushed the buttons that started a massive drill that will work 40 feet below the LVCC. The drill is creating the tunnel for a $52.5 million loop project that will shuttle conventiongoers from one end of the convention center to the other in just a minute.

As the third largest convention center in the US, the walk time from one end of center to the other currently takes about 15 minutes.

The project, called the LVCC Loop is expected to be completed by January 2021. It will include two tunnels and have three stations where LVCC visitors can access different parts of the convention center. Each tunnel will be approximately a mile long and will be able to accommodate up to 4,400 travelers per hour.

The Loop is part of a $1.52 billion expansion project that will tie together the center’s new 1.4-million square foot West hall with the remaining 3.2 million feet of convention center space. A webcam has been set up to show work the progress made in creating the tunnels.

The Loop will use autonomous motor vehicles created by Musk’s Tesla Motors that will accommodate up to 16 passengers in a car. While the highest speed for the vehicles if 155 miles per hour, the cars at the LVCC will not go nearly that fast simply because they will not have the distance available to build up to that speed.

The Boring Company has long touted using tunnels, despite the costs associated with excavation. For example, they say the Loop will not create any surface noise or vibration. The underground tunnels also don’t require an surface right-of-way for construction, which the company claims disrupts and divides communities. It also means workers can burrow straighter, which will allow for vehicles to travel at higher speeds between stops.

The tunnels also will protect its travelers from rain, storms, and wind occurring on the street level.

The Boring Company’s plans do not stop at the convention center.

On its web page promoting the LVCC project, Musk’s company shows plans for the Loop to connect to a larger Las Vegas system that would run from the Fremont Street Experience to the Las Vegas Strip, Allegiant Stadium, and McCarran International Airport.

The plans call for the tunnels to connect to major Strip resorts, from the Stratosphere down to Mandalay Bay.

Eventually, the Loop would connect to Los Angeles and give individuals a chance to make the trip to Vegas in less than two hours.

The LVCC Loop is one of four projects in the works for the Boring Company. Other projects are slated for Los Angeles, Chicago, and Baltimore-Washington.