The newest addition at the $2.6 billion Encore Boston Harbor isn’t another upscale restaurant or high stakes VIP room. No, instead, smack in the middle of the casino floor, is a taco food truck that hopes to cater to the less-affluent guests. 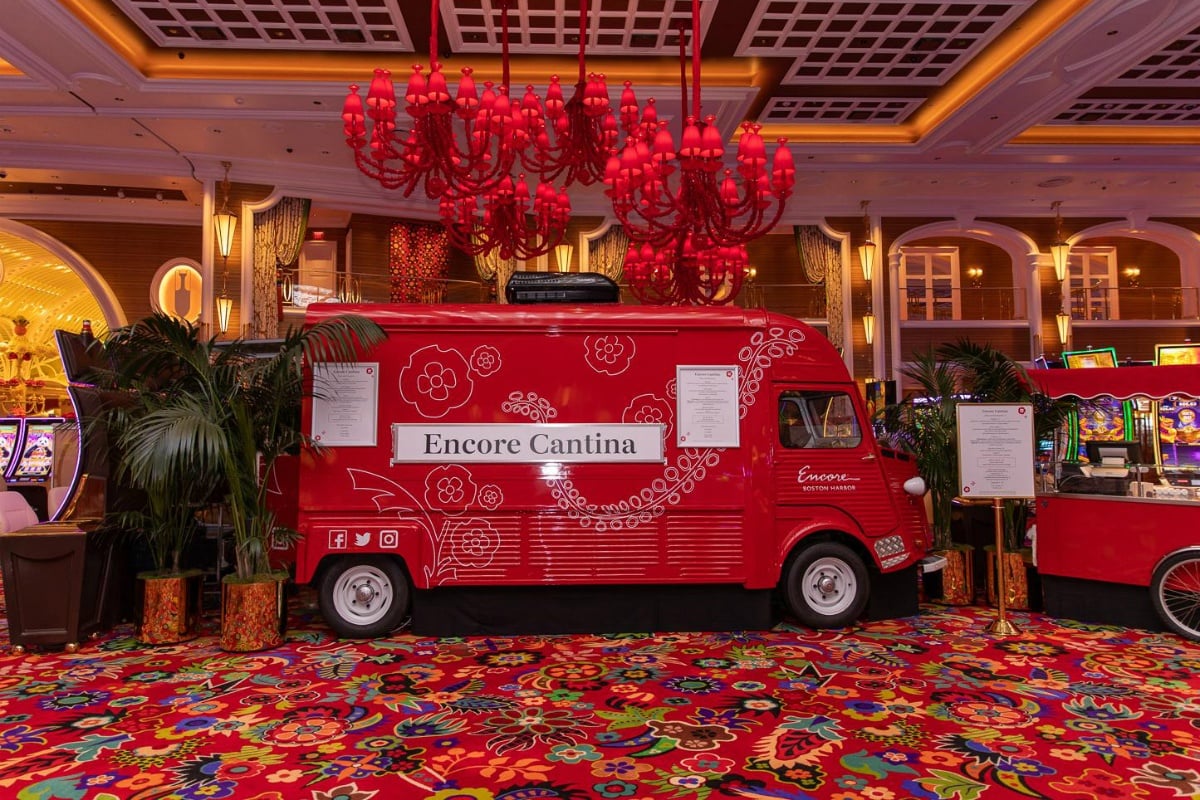 Encore Cantina, as the food truck is known, offers up guests everything from $7 nachos and three tacos for $9, to a complete “meal deal” for $12 – far cheaper than a basic cocktail or glass of wine at the resort’s higher-end restaurants.

We don’t ever want to alienate a segment of the business,” Encore Boston Harbor President Brian Gullbrants told the Boston Globe. “We want customers to be able to come in here whether they have a dime, ten bucks, or ten thousand bucks, and feel like a million bucks.”

Encore Boston Harbor opened last June with the vision of bringing Las Vegas to Beantown. But now, more than half a year into business, the casino resort has failed to come anywhere close to its pre-market gross gaming revenue (GGR) forecasts.

When Wynn Resorts was bidding to secure the casino license for the Boston area, the company told state gaming regulators that GGR would total approximately $800 million in year one. That’s a monthly average of $66.6 million.

Gaming win statistics from the Massachusetts Gaming Commission (MGC) show that Encore Boston Harbor has never even flirted with that $66.6 million figure. Its highest monthly performance came in December, when the casino won $54 million.

Since its opening, GGR stands just shy of $314 million. In its first full six months in operation, the casino has averaged $49.5 million.

In November, Gullbrants admitted to the MGC that there was a learning curve for the company’s first domestic property to open outside Las Vegas. The glitz and glamour and high rolling nature of the Strip simply didn’t work in Everett, Massachusetts.

Offering guests cheaper food options is part of a larger effort by Wynn Resorts to transition Encore Boston Harbor to a destination that appeals to a broader audience. The casino recently dropped its minimum table game bet from $50 to $15, and decided to offer free self-parking for all guests.

The taco truck isn’t the only planned cheap eats inclusion. Gullbrants says a quick-service Italian eatery is in the works, where slices of pie and pasta will be served.

During the company’s fourth-quarter and full-year financial report with investors, Wynn Resorts CEO Matt Maddox said regarding Encore Boston, “We realized we didn’t have quite the right food and beverage program, in particular around quick-serve for the daytime slot customer.”

“We’re going through that process in a very fast way at Encore Boston Harbor, because when we see a problem, we fix it,” Maddox concluded.