Encore Boston Harbor officials stressed to Casino.org last month that rumblings of the casino laying off workers in a “rightsizing” effort and replacing bartenders with automated drink dispensers was “inaccurately reported.” The Wynn Resorts property, however, gave a slightly different story to the Massachusetts Gaming Commission (MGC) this week. 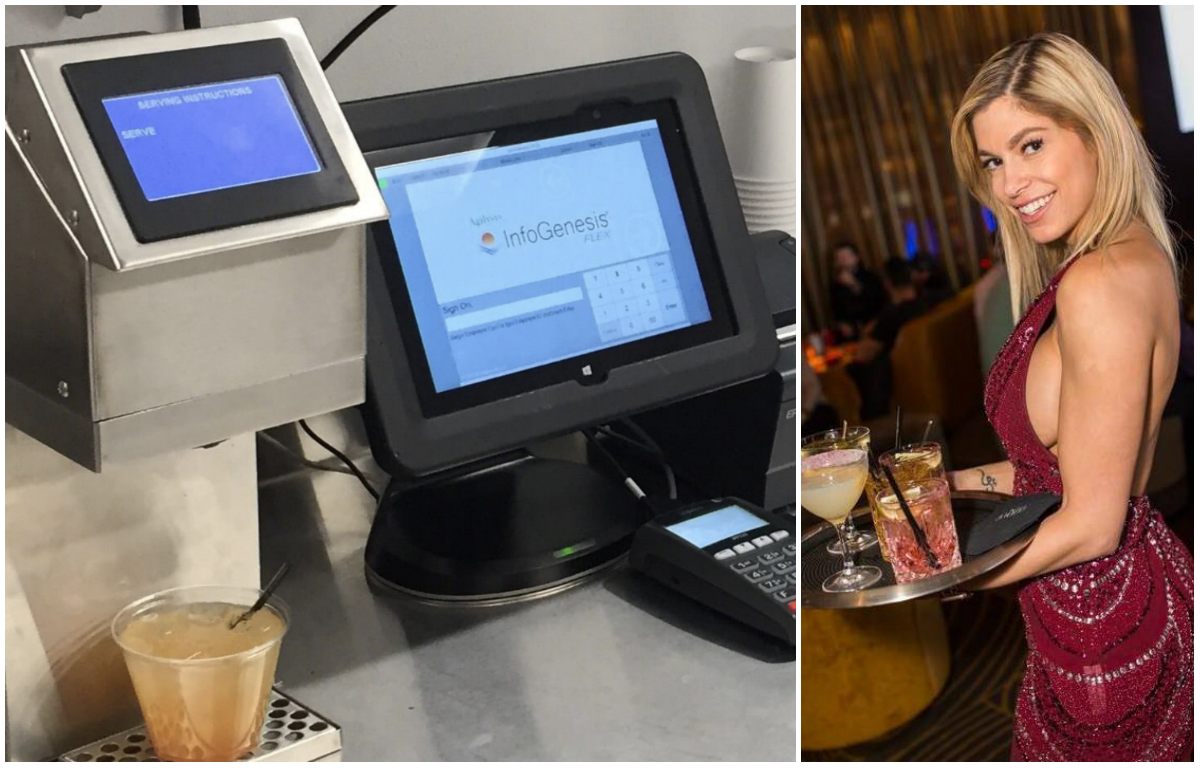 Encore Boston Harbor’s newest employees do not say much, but can get drinks to cocktail waitresses in an efficient manner. (Image: Easybar/Cosmopolitan/Casino.org)

Warren Richards, the property’s executive director of food and beverage, appeared before the state gaming regulator to request permission to alter its beverage operations on the casino floor. Kraus said Encore Boston Harbor wishes to replace roughly 40 back of the house bartenders with automated drink dispensers to expedite service.

Currently, cocktail servers take orders from patrons gambling, and bartenders in the back of the house fulfill the orders. Richards says there’s often a bottleneck backup, and service can be delayed by as much as an hour.

Richards told the state that while the automated beverage dispensers might make for bad press – the machines have been opposed by unions and local officials who believe they reduce jobs – the 40 bartenders impacted are largely being appointed to new roles.

A lot of them actually moved into a higher hourly rate position stocking the bars with all of the product which is now automated,” Richards explained. He added that 30 of the affected bartenders have already accepted new positions at the casino.

A quick glance on the Encore Boston Harbor careers webpage turned up more than two dozen open positions in the food service department – but none were for bartenders. The resort is seeking food and cocktail servers, assistant chefs and cooks, hosts, and a restaurant general manager for the On Deck Burger Bar.

Wynn Resorts isn’t the first casino giant to favor beverage machines over humans for back of the house operations. MGM Resorts has installed the automated systems in Las Vegas, as well as at its Massachusetts property MGM Springfield.

“A bartender without the system could not pour a drink with any degree of accuracy in that time,” the company says. “Not only are you saving time at the bar, but the system also automatically tracks your bar liquor inventory and monitors your liquor costs.”

“The sooner your customer has a drink, the sooner he will be back for another! The only thing that can slow the system down is the person pushing the buttons,” Easybar adds.

Easybar claims on its website to have numerous clients in the gaming industry. Along with MGM and Wynn, the company says Caesars Entertainment, Hard Rock, Penn National, and South Point have all contracted the automated services.