New York officials announced Saturday they received approval to turn Aqueduct Racetrack into a temporary hospital, one of four emergency facilities set up in New York City to help deal with the COVID-19 pandemic. 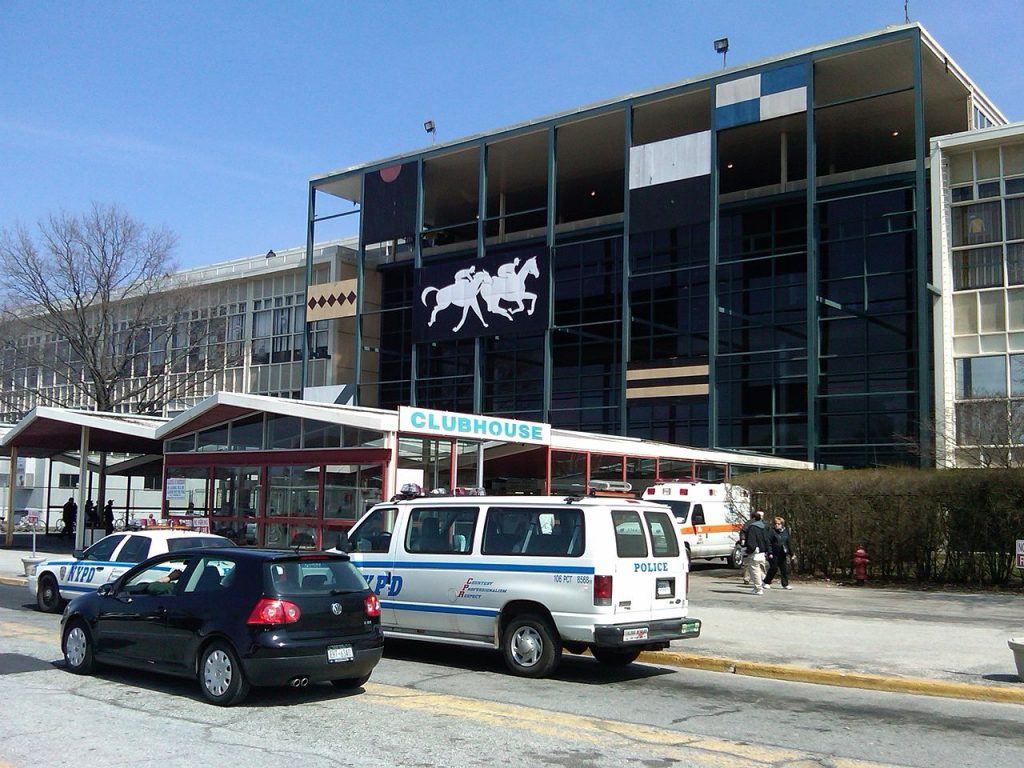 New York’s Aqueduct Racetrack will serve as a temporary emergency hospital as the state and city seek to treat patients during the COVID-19 outbreak. (Image: Transpoman/Wikimedia Commons)

The Queens track closed on March 19 after the New York Racing Association (NYRA) announced a track worker at nearby Belmont Park tested positive for COVID-19. That suspension was supposed to last through at least April 5, but in recent days reports circulated that Aqueduct could be used as an emergency medical venue that could hold up to 1,000 patients.

The track’s winter meet was scheduled to end Sunday, and the spring meet was slated to run from April 2-19. Those dates have now been canceled due to Saturday’s announcement.

Now that Gov. (Andrew) Cuomo has secured the federal approval, Aqueduct Racetrack will serve as a safe haven for those recovering from this virus,” NYRA CEO and President Dave O’Rourke said. “We recognize that we all must work together as a community to meet this challenge and emerge stronger for it. NYRA also joins the governor in extending our deepest gratitude to the first responders, medical professionals and volunteers who continue to operate on the front lines of the battle against COVID-19.”

According to Johns Hopkins University, New York had more than 46,000 cases of the novel coronavirus, by far the most of any US state. Neighboring New Jersey was second with 8,825 cases.

The amount of cases has put a tremendous strain on medical resources in New York City, prompting the need for the temporary facilities and the impending arrival of the USNS Comfort, a US Navy medical ship.

Cuomo, during his daily COVID-19 press briefing Saturday, said he spoke with President Donald Trump, who approved the temporary facilities.

However, Trump also tweeted that he may issue his own order for New York and the surrounding area because of the outbreak.

“I am giving consideration to a QUARANTINE of developing ‘hot spots’, New York, New Jersey, and Connecticut,” the President posted. “A decision will be made, one way or another, shortly.”

In talking with reporters on the way to send off the USNS Comfort in Norfolk, Va., he said he’s been asked to issue a two-week ban. That comes as leaders from Florida and Rhode Island have expressed concern about New Yorkers arriving in their states.

Cuomo, when asked by local media, seemed taken aback by the possibility. Several states, including New York, have issued stay-at-home orders that urge people to only leave their house such tasks as working at an essential business or going to the grocery store for supplies.

“Mandatory quarantine is a scary concept because it sounds like you’re saying to people, you can’t leave this district,” Cuomo said. “We never did that.”

While completely secondary to the COVID-19 crisis, the long-term closure of Aqueduct does have an impact on horse racing.

For starters, the Wood Memorial, a key Kentucky Derby prep, has been postponed “to a date yet to be determined,” NYRA said in its release. And with Aqueduct no longer racing this spring, that would put the race at Belmont, which is supposed to start its spring meet on April 24.

“NYRA is continuing to strategize the safest options for a return to racing at Belmont Park, while prioritizing the health and welfare of our staff and the racing community,” O’Rourke said. “A revised live racing schedule is an ongoing consideration, but secondary to our primary commitment to the health and well-being of the community.”