First place in the Atlantic Coast Conference will be on the line in Tallahassee, Fla., on Monday night when the Louisville Cardinals travel to play the Florida State Seminoles in a key men’s college basketball contest. 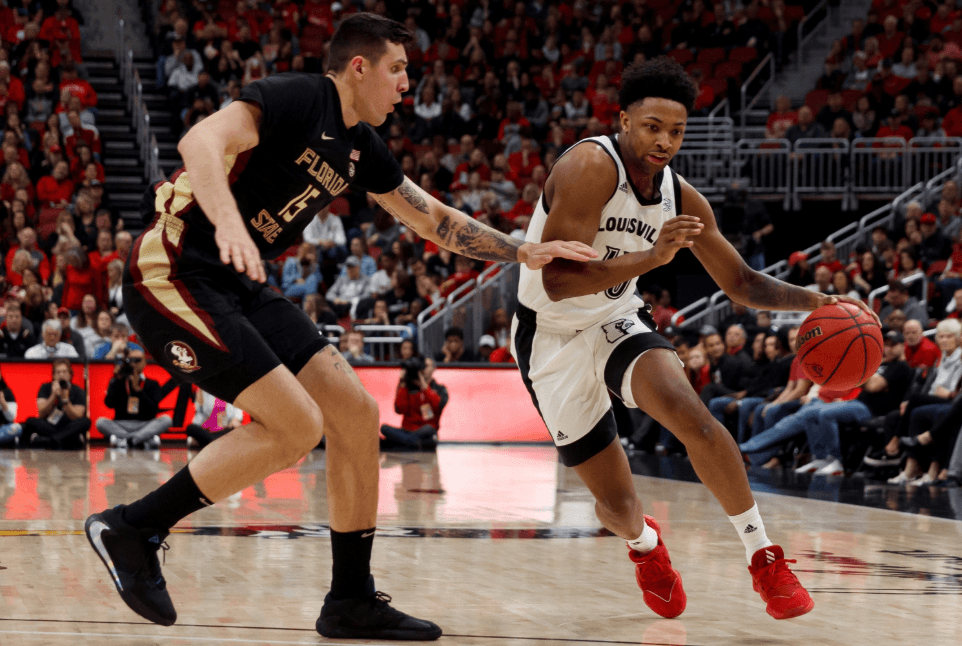 Both teams should find themselves in the top 10 when the next Associated Press poll comes out Monday afternoon.

With a 20-game unbalanced regular-season schedule in the ACC, Monday marks the last time any two of the top three teams face each other. While a win wouldn’t secure a regular-season title for either school, it would go a long way toward doing that and giving Monday’s victor the top seed in next month’s ACC Tournament. A win will also help either team’s case for a high seed in the NCAA Tournament.

Oddsmakers made the Seminoles a 2.5-point favorite Sunday night at FanDuel, DraftKings, and William Hill.

The game tips off at 7 pm ET and will air on ESPN.

‘Heck of a Challenge’ for Cards

In the loss at the KFC Yum Center last month, Louisville had problems on both sides of the basketball court. Offensively, the Cardinals shot just 38.7%, one of only seven times this season they’ve dipped below 40 percent for a game this season. They also committed 16 turnovers.

Meanwhile, Florida State torched the Cards by shooting 55.2 percent, the highest rate the Cardinals have surrendered all season, and by making 11-of-23 3-point shots, which then served as the Noles best perimeter performance of the season.

After the loss, Mack noted several instances when the Seminoles taller guards simply shot over the Csmaller UofL backcourt. So, perhaps it’s no surprise that a pair of freshmen, 6-5 David Johnson and 6-7 Samuell Williamson, have seen their playing time increase since the FSU loss.

Johnson, in particular, has played exceedingly well in handling point guard responsibilities. In his last five games, he’s enjoyed a 27-to-10 assist-to-turnover ratio.

The Seminoles, whose lone loss in their last seven games came at Duke two weeks ago, are led by their backcourt trip. Devin Vassell, a 6-7 sophomore, leads the team in scoring with a 12.9 average and shoots at a 48.4 percent clip. Trent Forrest, a 6-4 point guard, averages 11.5 points and 4.2 assists, and M.J. Walker goes for 10.5 points a game while shooting 35.8 percent from the perimeter.

Walker, who was coming off an injury when the teams met the first time this season, made 5-of-7 3-pointers as part of season-high 23-point effort against Louisville.

While the backcourt dominated the first game, Florida State’s frontcourt might have an advantage Monday night. Louisville center Stephen Enoch has been battling an ankle injury the past week and played just five minutes in the win against North Carolina.

Enoch typically splits time down low with Malik Williams. They combine for 18.7 points and 12 rebounds a game. Williams is coming off a strong game against UNC, scoring a season-high 17 points on 8-of-11 shooting.

If Williams gets into foul trouble and Enoch isn’t at full strength, It may force the Cardinals to go with a smaller lineup. That could benefit FSU’s Patrick Williams, a 6-9 forward who has averaged 13.3 points and 5.7 rebounds in his last six games.