Boxing great Floyd Mayweather says Deontay Wilder will beat Tyson Fury in their third bout. But only if he’s the one who trains the “Bronze Bomber” ahead of their July fight. 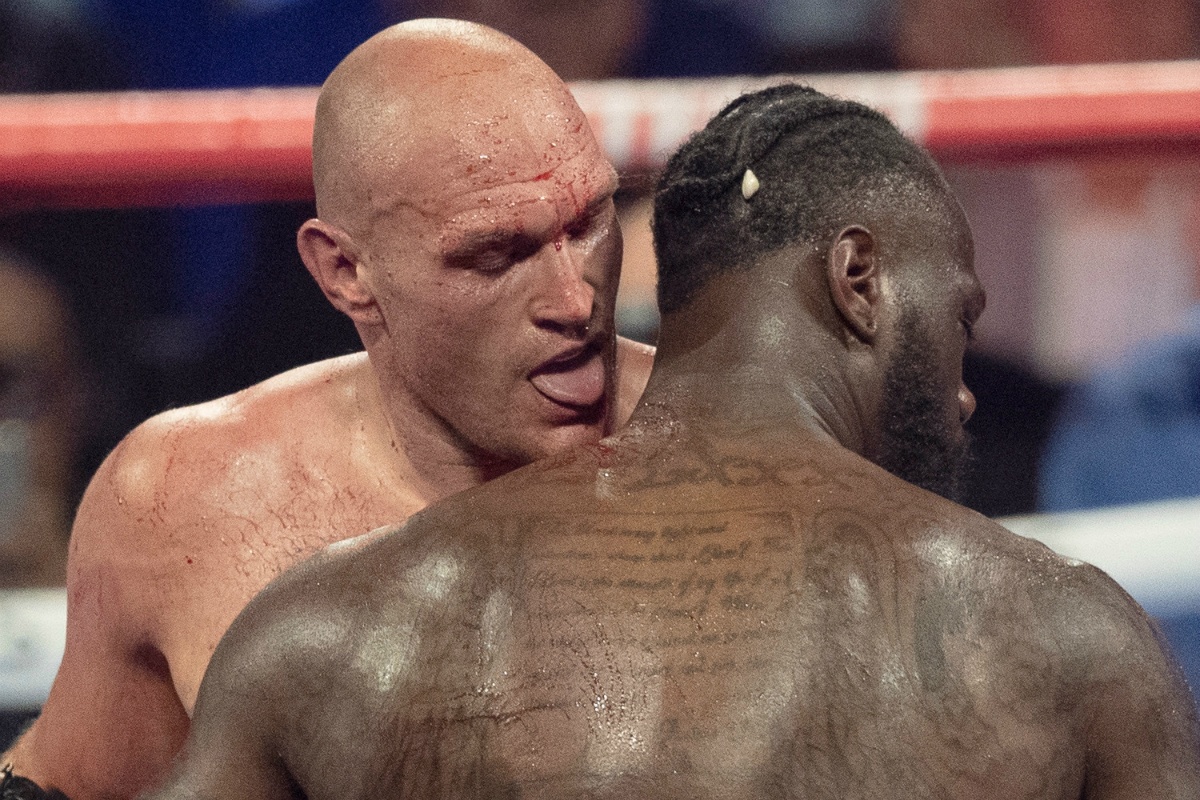 Wilder was out-boxed in each of their first two fights. But he landed a draw in their debut in December of 2018 after knocking Fury down two times, one coming in the 12th round. During their rematch last month, Wilder failed to land any of his hard right-hand bombs, and was defeated after his corner threw in the towel in the seventh round.

Wilder exercised his right to a third rematch, with the fight planned for July 18 at the MGM Grand Garden Arena in Las Vegas. By most accounts, Fury seems to have the upper hand against Wilder, but the GOAT said this week he can help.

If I train him, I can teach him how to win,” Mayweather said at an event this week in England. “If I train him.”

Mayweather retired for a third time at a perfect 50-0 following his victory over UFC star Conor McGregor in the cross-over boxing match spectacle in August of 2017. However, he remains the subject of plenty of potential fight rumors, including rematches against The Notorious and Manny Pacquiao.

Wilder is known for his formidable punching power, having knocked out every opponent he’s ever faced as a professional not named Tyson Fury. Mayweather is starkly different in his approach, opting instead to wear down his opponents with pure technique, speed, and final knockout blows.

The odds of Mayweather actually lending his artistry to Wilder are long. Despite lambasting his co-trainer Mark Breland for throwing in the towel during the February match, Wilder is retaining his training staff – including Breland.

Regardless of whether Floyd works with Deontay, Mayweather will be rooting for the underdog.

Following his February defeat, Mayweather posted to social media, “Win, Lose, or Draw, Deontay is our brother that has accomplished many triumphs, and as a community, we should all uplift and support him throughout it all. No matter what, you’re still a winner in my eyes, King!”

Wilder partially blamed his TKO loss on the costume he wore to the ring.

The suit and helmet that paid homage to Black History Month weighed more than 40 pounds. Wilder said his “legs were gone” by the third round as a result of the elaborate outfit.

I think there’s a lot to it. Fury looked awesome,” UFC President Dana White told a TMZ photog this week.

He added, regarding the costume, “When fighters are getting ready, they’re relaxing. Then you get up, you time it out, do your warm-up. Then you throw something on to stay warm. You don’t put all this gear on and stuff. That’s why I don’t do any of that in the UFC. I don’t like it.”