The Iowa Democratic Party Caucus may have descended into farce last week, but things were looking up for at least one Iowa Democrat by Monday when it dawned on him he’d won the lottery. And it was a big Iowa Democrat, too. 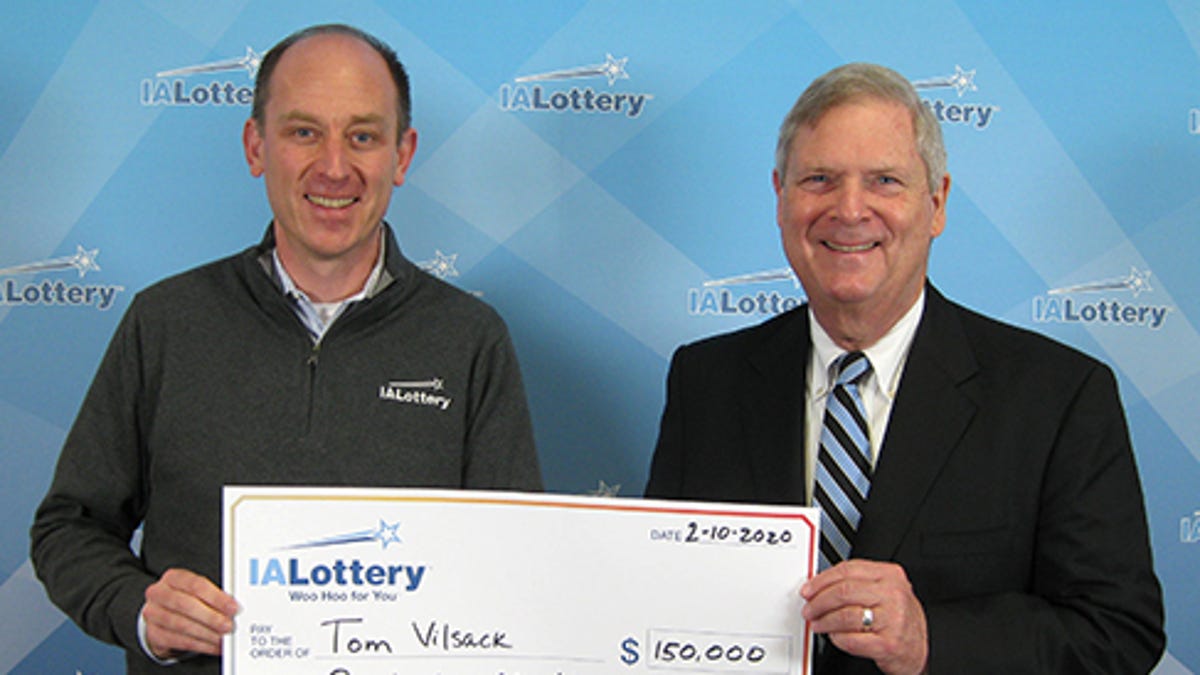 Tom Vislack was the state’s governor from 1999 to 2007 and a former agriculture secretary under Barack Obama. He briefly stood as a presidential candidate in the lead up to the 2008 election — so he knows all about caucuses.

What he didn’t know — at least for ten days after he bought the ticket — was that he had won $150,000 on the Powerball draw.

When the GOP Botched Iowa Caucus

According to the Iowa Lottery Blog, Vislack found the ticket — purchased at a Hy-Vee in Waukee — at the bottom of his brief case and thought he’d better check the numbers, whereupon he shared the earth-shattering news with his incredulous wife and former First Lady of Iowa, Christine.

Things took an even more surreal turn when Vislack turned up to Lottery HQ to accept the giant novelty check, which was presented to him by Matt Strawn, the former state Republican Party chairman, now Iowa Lottery CEO.

Strawn stepped down as GOP chairman after the 2012 Iowa Republican Caucus when he mistakenly declared that Mitt Romney had won, when, in fact, it was Rick Santorum.

What are the odds?

Vislack also knows a thing or two about beating the odds. In 1998, when he stood for governor in this habitually red state, he was trailing in the polls for the entire campaign. His opponent, US Rep. Jim Ross Lightfoot, was odds-on to take the governorship.

But Vislack somehow nabbed it, narrowly, and became the first Democratic governor of Iowa in 30 years.

Under his watch, the public authorized gambling expansion for the state’s riverboat casinos, and Iowa — with Kansas — launched the first multi-jurisdictional scratch-off ticket. He was broadly supportive of the state’s gambling industries as governor, and he told the Lottery Blog he remains so.

Vislack — who began life in an orphanage run by the Catholic Church — said some of the windfall is going to St. Boniface Catholic Church in Waukee, while he will also give some to his kids. The rest will go to paying off a mortgage.

“We still have an outstanding mortgage from many years ago, and this will help pay it down to the point where retirement can be a little bit more comfortable than it might have otherwise been,” said the former governor, who in 2018 earned $930,090 as CEO of the non-profit US Dairy Export Council, according to a January report by the Milwaukee Journal Sentinel.