Boxing’s next big heavyweight fight is officially less than two months away as the anticipated rematch between Deontay Wilder and Tyson Fury has officially been set for Feb. 22. 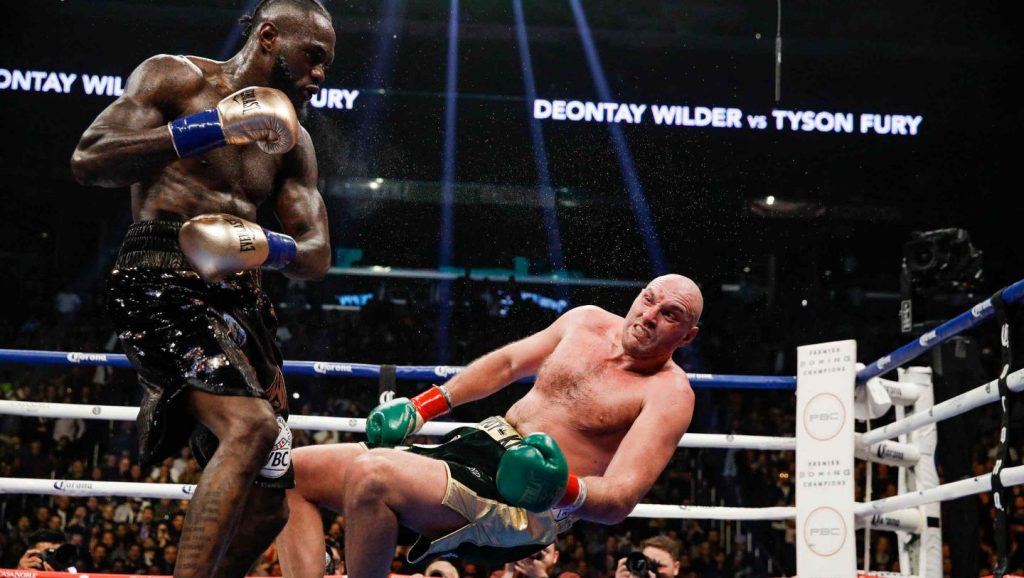 Deontay Wilder knocked down Tyson Fury in the 12th round when the two met in the boxing ring a year ago, but Fury was able to avoid the 10-count and keep fighting in the final round. Judges eventually ruled the bout a draw. (Image: Esther Lin/Showtime)

The boxers, who fought to a dramatic draw a year ago, will square off in the MGM Grand Garden Arena. Wilder is the WBC champion, while Fury holds the historic lineal championship.

Both fighters are undefeated since their draw, with Wilder having the more recent fight and certainly the toughest test. Last month, Luis Ortiz had the better of Wilder for most of their bout, but a single punch in the seventh round was all The Bronze Bomber needed to knockout Ortiz and keep his rematch with Fury alive.

I give them what they all come for – the knockouts, and my knockouts have been amazing,” said Wilder, who is 42-0-1 with 41 knockouts, in a release promoting the bout. “I proved myself the first time and I’m ready to do it again.”

Wilder nearly won the first bout between the two as he knocked down the giant Fury in the final round of their bout at the Staples Center in Los Angeles. Somehow, The Gypsy King managed to pull himself off the mat to shock of those who watched.

Like Wilder, Fury (29-0-1, 20 KO) has had two fights since their bout last December. The towering Brit scored a second round knockout of Tom Schwarz in June and followed it up three months later with a unanimous decision win over Otto Wallin.

“The date has been set, and the ‘Bomb Squad’ is about to be securely detonated and the real champion crowned as the world watches on for the most anticipated fight in years,” Fury said. “This is unfinished business for me, but come February 22, this dosser will finally get what’s coming to him, and I can’t wait!”

Oddsmakers think the rematch will be another close affair, but they’re unanimous in their support for Fury, at least for now.

Regarding how each heavyweight fighter may win, PointsBet offers +137 odds on Fury winning by decision and +160 on Wilder scoring a KO. It’s similar over at William Hill, where a Fury decision holds +138 odds while a Wilder knockout is +150.

Another draw? PointsBet puts odds at that happening at +2500. William Hill offers +2000 odds.

While it’s not guaranteed, the winner of Fury-Wilder II will likely square off against Anthony Joshua sometime in 2020 in what could be the heavyweight fight of the year.

Joshua reclaimed his IBF, WBA, WBO, and IBO heavyweight belts on Dec. 7 when he scored a unanimous victory over Andy Ruiz Jr. In June, Ruiz scored a massive upset over Joshua with a seventh-round knockout.