Gaming manufacturer LT Game says its automated robotic table games dealer that has been in development for several years is finally ready for casino floors. 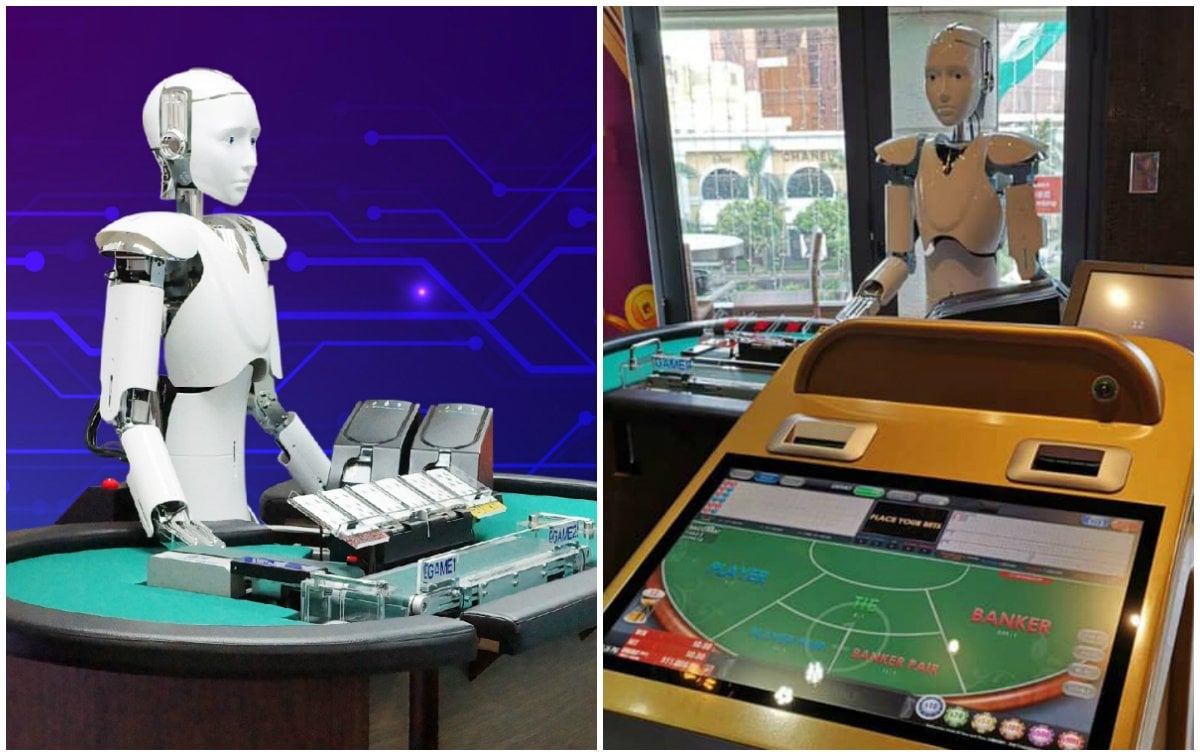 The gaming manufacturer tells the Macau News Agency that its human-like robotic dealer is ready to be hired. LT Game says the product will soon ship to overseas casinos, though the company didn’t specify locations.

Paradise confirmed the news at this week’s Macau Gaming Show 2019, being held at The Venetian on the Cotai Strip. The company said the robot dealer can “steadily and accurately deliver cards in a thrilling baccarat game.” Paradise added that the artificial intelligence (AI) robot is accompanied by a “high definition screen” and “exhilarating music.”

Macau gaming law bars anyone from working as a table game dealer who isn’t a resident of the Chinese Special Administrative Region (SAR).

That’s already considerably higher than the median monthly earnings for the rest of Macau, which reported MOP16000 ($1,984) in 2018. With a focus on the mass market, it’s not unreasonable to expect that casinos will need to bring in more dealers to accommodate additional players in the years ahead.

Local casinos lack manpower, so we invented this machine in which we keep the fun of the game while avoiding the lack of manpower with this robot,” LT Game Engineer Ross Zhang told MNA.

LT Game first unveiled a prototype of its robot in 2015 at the Macau Gaming Show. The company says the latest model is named ADV2 LT Intelligent, and the product is currently undergoing government testing in Macau.

When LT Game first unveiled its artificial dealer, a 2015 Bloomberg article called the robot creation “creepy,” and failed to find many gamblers who said they would prefer the plastic figurine over a real human.

But that was nearly five years ago. Casinos now certainly seem more than ready to incorporate the latest automated technologies into their facilities.

Macau resorts are already using AI technology to pinpoint habits of gamblers and identify those who are likeliest to spend, and lose, the most. AI tracks and logs each person’s actions on the casino floor.

Billionaire Stephen Schwarzman, whose Blackstone Group owns The Cosmopolitan in Las Vegas and recently struck a $4.25 billion deal with MGM Resorts for the Bellagio, said earlier this year that “AI will shape the world in ways we can’t imagine.”

“The sooner we come to an understanding of AI that ensures its powerful capabilities are a net positive for people and workers, the more wisely we can develop and deploy it,” Schwarzman concluded.