A Georgia lawmaker filed a bill in the General Assembly late last week that would allow the state’s lottery to manage mobile sports betting in the state, with most of the proceeds going toward bolstering education. 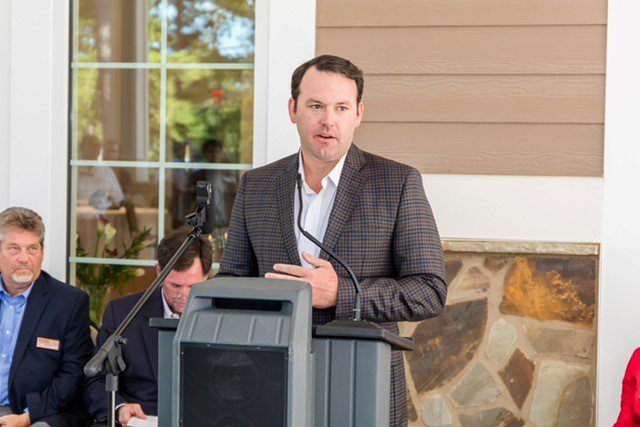 The bill offered by state Sen. Burt Jones (R-Jackson) does not call for an amendment to the state constitution. Rather, it simply revises state statutes “to provide for the lottery game of sports wagering.”

Jones did not respond to questions from Casino.org on Monday. However, in an interview last week with the Atlanta Journal-Constitution, the lawmaker said Senate Bill 403 gives the state a chance to generate revenue from an activity that’s already taking place in the Peach State.

Before venturing into politics, Jones was a football player at Georgia. He joined as a walk-on and rose up the ranks to become a team captain.

The bill would establish the Georgia Mobile Sports Wagering Integrity Commission. The seven-member panel, with representatives appointed by the governor, lieutenant governor, and the Speaker of the House, would regulate and oversee sports betting in the state.

Jones’ sports betting bill seems similar in fashion to what Tennessee is attempting. The bill makes no mention of retail sportsbook establishments. It also does not set a cap on the number of licenses that can be awarded.

The bill does not ban wagering on in-state college games. But it does prohibit proposition bets on college teams and student-athletes.

Those seeking a license would need to pay a $50,000 non-refundable fee to apply. If approved, they would then pay an annual licensing fee of $900,000. Besides the licensing fees, the state would also generate revenue by taxing the adjusted gross income of each licensee by 10 percent.

Of the revenue sports betting would generate under the lottery, 95 percent would go toward the state’s Lottery for Education Account. That funding would go toward school technology grants and pre-kindergarten programs.

The remaining 5 percent would be earmarked the state Department of Behavioral Health and Developmental Disabilities for one or more grant programs that treat problem gaming or gambling disorders.

Jones’ bill likely faces an uphill climb from the start. Senate Republican leaders have expressed skepticism about the need for any form of expanded gaming in the state.

In addition, House Republican leaders are pursuing their own strategy regarding expanded gaming. They’re seeking a constitutional amendment that would allow various forms, including horse racing, sports betting, and casinos. That proposal would need two-thirds majorities in both the House and Senate. Then it would need to be ratified by public referendum.

Like Jones, state Rep. Ron Stephens (R-Savannah), who chairs the House Economic Development Committee, is pushing expanded gaming to increase revenue for education. His goal, though, is to replenish funding for the state’s college scholarship program.

Because of the population growth Georgia’s witnessed in recent years, a scholarship program that once gave full awards to all recipients now only funds about 70 percent of college costs.

Stephens’ primary focus is on allowing a small number of resort casinos to come to the state that would pump hundreds of millions of dollars, if not billions, into new investments as well as create thousands of jobs tied to construction, the resorts, and spin-off developments.