Governor Steve Sisolak Says ‘Nevadans Ahead of Dollars’ in Reopening


Nevada Governor Steve Sisolak (D) says he will not rush into reopening the state unless there’s concrete evidence and recommendations from health officials that it’s safe to do so. 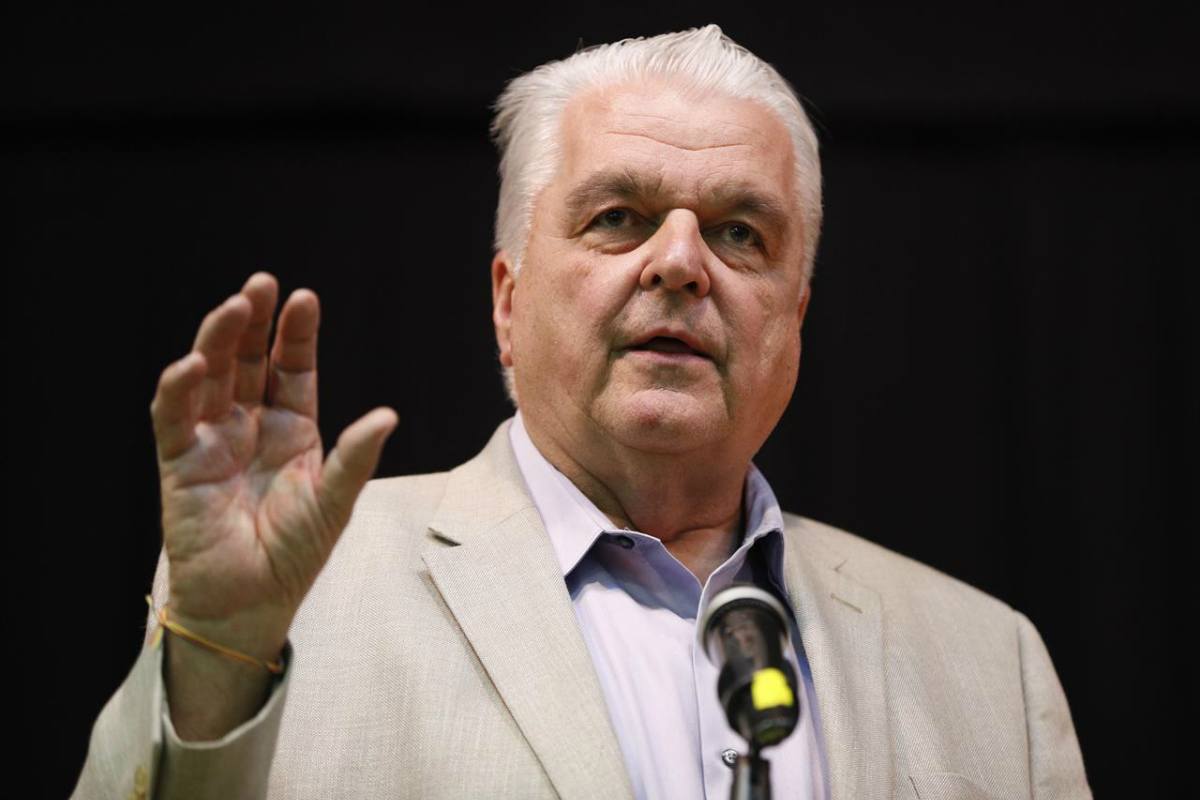 According to Nevada Gov. Steve Sisolak, there is no set timeframe as to when slot machines might start spinning again. (Image: John Locher/AP)

Addressing the media from the state capital building in Carson City Thursday evening, the governor said Nevada will reopen for business “when the time is right.” On March 17, Sisolak ordered all nonessential businesses, including casinos, the state’s lifeline, to close for 30 days. The order was extended through at least April 30.

President Donald Trump’s administration rolled out plans for governors to reopen their economies last night. States and areas with declining infections and strong testing are urged to begin reopening in a gradual three-phase manner.

I cannot take the chance of overwhelming our health care system, and not having a way back out of it,” Sisolak said, adding that he has no firm date as to when a decision might be made to enter phase one. “I’m putting the lives of my fellow Nevadans ahead of dollars.”

More than 300,000 Nevadans have filed unemployment claims over the past 30 days. The system has been overwhelmed, resulting in lengthy delays in recipients being paid. Many residents have reached out to Casino.org in frustration.

Las Vegas Mayor Carolyn Goodman (D) has been the most outspoken critic of the governor’s handling of COVID-19. Calling it “total insanity,” she opined that the shutdown came with no data to support such action, nor an appropriate plan to get businesses back up and running.

Goodman has called on Sisolak to reopen the state immediately. He says that’s ill-advised.

“I don’t know who she’s relying on for her experts, because none of my experts have given me anywhere near that information,” Sisolak answered. “People who think you can just say, ‘We’re open back up,’ and suddenly these hotels are going to be filled, don’t understand how the hotel industry works.”

He concluded with the mayor’s remarks, “I’m not going to respond to the attacks or comments made about me. I know it’s tough to stay home, but I’m putting lives ahead of dollars.”

The United States has 677,472 confirmed coronavirus cases, and the disease is being credited for 34,814 deaths.

Mental health experts say high unemployment results in increased rates of suicide. Researchers at the University of Oxford deduced in a 2013 study that suicide rates in Europe and the United States increase about one percent for every one percentage point increase in unemployment.

It’s why we’ve heard from many politicians – including the president – that the cure cannot be worse than the virus.

Sadly, I think there is a good chance we could see twice as many suicides over the next 24 months than we saw during the early part of the last recession,” Aaron Reeves, lead author of the Oxford study told Reuters.

If Reeves’ projections are correct, 20,000 additional dead by suicide would be experienced in the United States and Europe.