The Grand National, the UK’s most famous horse race, has been canceled because of the coronavirus. It’s the latest blow to the country’s betting industry, which is feeling intense pressure from the abandonment of sports domestic and global. The entire three-day Grand National meet, which was due to kick off on April 2, will simply not happen this year. 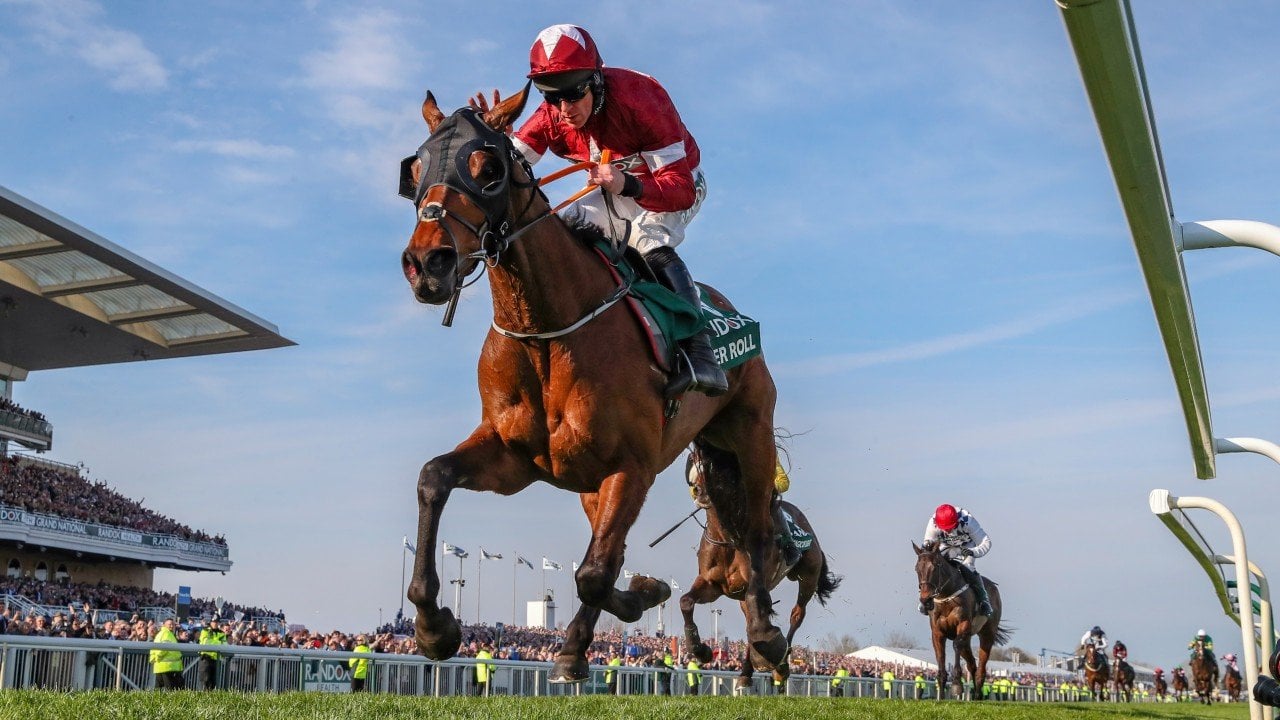 Tiger Roll won his second consecutive Grand National last year, but he won’t get a chance to make it three in a row in 2020. (Image: John Grossick/Racing Post)

The Jockey Club, which owns Grand National venue Aintree, said late Monday that the decision was a reaction to new recommendations from the UK government designed to curb the spread of the virus.

In a dramatic change of strategy on Monday, Prime Minister Boris Johnson Monday told the over-70s to self-isolate, and the rest of the population to practice social distancing and to avoid all non-essential travel.

The government previously sought to delay these measures over concerns that introducing them too soon would cause people to lose patience with them at a time when they were really needed.

But new modelling data provided by Imperial College London suggested that this guidance would be taking a serious gamble with the National Health Service and its capacity to respond to the pandemic.

The Jockey Club said that it had taken the decision in line with “the government’s new public health guidance regarding avoiding social contact and stopping non-essential travel, and its statement that emergency services are withdrawn from supporting mass gatherings from tomorrow.”

The Grand National is the biggest horse race in the world in terms of global viewership, with an estimated 500 million to 600 million watching the event in over 140 countries. It’s also a major event on the betting calendar that can generate up to $300 million in wagers.

Many people who only place one bet a year do so on the Grand National, viewing this activity as part of a harmless tradition.

The handicap steeplechase is almost unique in that the height and number of fences (30) and distance of the race (four miles) can create winners at incredibly long odds.

We were working on a plan to stage the Grand National behind closed doors, given its importance to the racing industry and beyond. But following the new government measures confirmed this evening to help tackle the coronavirus outbreak, this is not a viable option,” said Jockey Club senior steward Sandy Dudgeon in a statement.

“I know this is hugely disappointing news for the many people who work in our sport and the many millions who were looking forward to this year’s event. But very sadly, these are exceptional times and this is the responsible thing to do,” he added.

No Hat-trick for Tiger Roll

Racing fans had been eagerly awaiting the race to see if Tiger Roll could win his third consecutive Grand National, a feat unprecedented in the event’s 181-year history.

Only one horse, Red Rum, has won the event three times. But this was achieved over five years.

Not everyone will be shedding a tear at the cancellation of this famous old race. Animal rights groups have long campaigned for it to be banned because the deaths of horses are not uncommon.