US casino operators Mohegan Gaming and Hard Rock International are threatening to sue the Greek government over a delay to the awarding of a casino license for Hellenikon Airport. 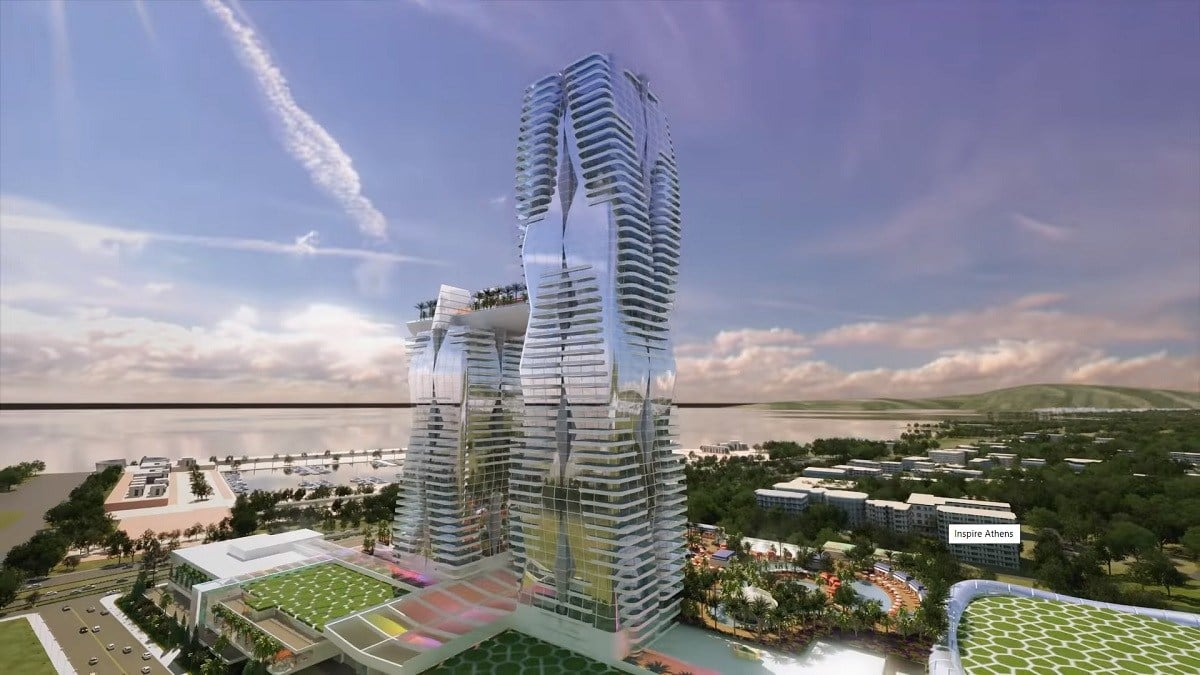 A digital rendering of the Mohegan casino proposal for Hellenikon. The company has threatened to sue if it loses the bid. (Image: Mohegan Gaming & Entertainment)

The project is part of an $8.8 billion redevelopment plan for the long-abandoned airport south of Athens and the biggest foreign investment in Greece for a decade.

But the two casino operators have become frustrated by the latest delay, which has been ascribed to a snafu with the paperwork.

Reportedly, one of the two bidders — the tender committee initially declined to say which — submitted a letter of guarantee in its application that fell short of official requirements.

Despite the government’s eagerness to get the long-delayed project off the ground, there are fears the mistake could add weeks to the process, as the committee gives the candidates time to make clarifications to their applications. Authorities had hoped to announce the winner this month.

This week BusinessDaily.gr reported that Hard Rock was the culprit and that the submission error could lead to the operator being disqualified from the process.

Hard Rock immediately went on the defensive, threatening legal action in the event of its exclusion.

Meanwhile, Mohegan Gaming — whose application ticked the official boxes — has issued a similar threat, indicating it would now sue if Hard Rock wins the tender.

This is a potential headache for Prime Minister Kyriakos Mitsotakis, who wants to begin work before the end of the year. The wider development of the airport cannot begin until a casino developer is chosen, and any legal action would likely drag on for months.

Caesars and Getting Bail

Hellenikon — or Ellinkon — was closed in 2001 following the construction of Athens International Airport, and has been derelict ever since. The project was tabled for more than four years during the rule of the left-wing Syriza party because of elements within the government who were against foreign companies investing in Greece.

This led Caesars Entertainment and Genting Malaysia to drop out of the race, leaving Mohegan and Hard Rock to emerge as the only remaining competitors. Both companies submitted official bids in October.

Hard Rock has said it will commit $1.1 billion to the project, promising to create 3,000 construction jobs and 1,600 permanent positions. The details of the finer financial points of Mohegan’s offer have not yet been revealed, but the company has partnered with Greek industrial firm GEK Terna on the bid.

The winning casino will be required to host at least 1,200 slot machines 120 table games, and have adjoining convention space.