Two articles of impeachment – abuse of power and obstruction of Congress – were brought forward by House Democrats on Tuesday. That’s spurring online political betting markets on President Donald Trump’s chances of being officially impeached before the end of the year. 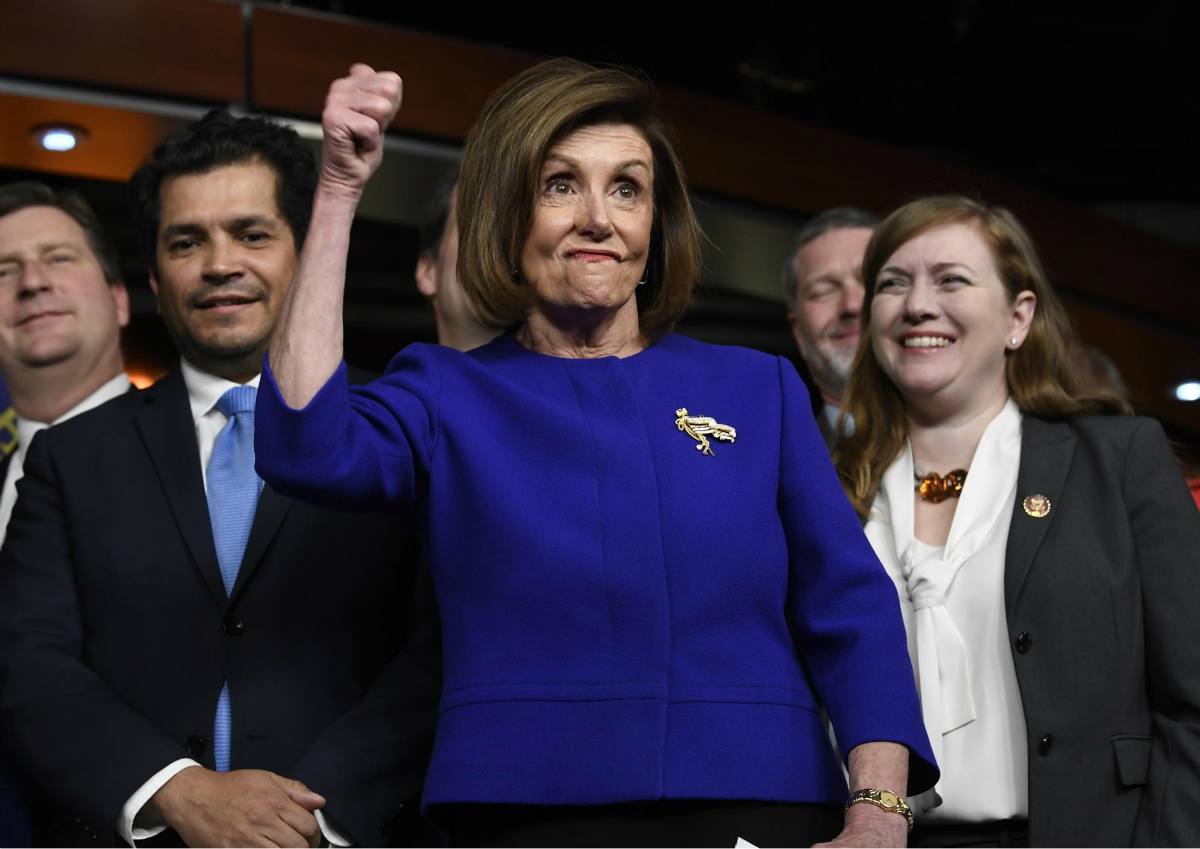 Speaker Nancy Pelosi (D-California), flanked by members of the impeachment inquiry committees, told reporters the lower congressional chamber is moving forward with the impeachment process of the country’s 45th president.

The PredictIt market asking, “Will Donald Trump be impeached in his first term?” has “Yes” shares trading at 85 cents. That’s an all-time high for the question. It skyrockets from 11 cents 90 days ago.

“On this solemn day, I recall that the first order of business for the members of Congress is the solemn act to take an oath to protect and defend the Constitution of the United States,” Pelosi declared.

Rep. Jerry Nadler (D-New York), chairman of the House Judiciary Committee, formally announced the impeachment articles. “Today, in service to our duty to the constitution and the country, the House Committee on the Judiciary is introducing two articles of impeachment charging the president of the United States, Donald J. Trump, with committing high crimes and misdemeanors.”

To Impeach a President who has proven through results, including producing perhaps the strongest economy in our country’s history, to have one of the most successful presidencies ever, and most importantly, who has done NOTHING wrong, is sheer Political Madness!” Trump tweeted.

Trading volume on the impeachment before the end of the year has been heavy over the last week. Roughly 526,000 shares have been bought or sold during the last seven days. But the “Yes” price has continued to climb throughout.

PredictIt also has a market asking if Trump will be impeached in his first term. “Yes” shares there are a bit higher at 91 cents, also a record high. Three months ago, those shares were trading at 26 cents.

Tuesday’s articles of impeachment charges filed by the House Democrats should keep both markets very active in the coming days and weeks.

Can You Win Money?

Betting on political outcomes is illegal in the US, but PredictIt has been issued a “no-action relief” by the Commodity Futures Trading Commission’s Division of Market Oversight because of its educational uses.

The online betting exchange allows bettors to risk up to $850 on each market question. So, just how much money can one really make? Let’s take the impeachment before the end of 2019 scenario.

For skilled political observers who snagged up their full betting allotment ($850) three months ago when each share was trading for just 11 cents, that means they acquired 7,727 shares. With shares now at 85 cents, if they decided to sell today, they would net 74 cents each for an overall gain of $5,718.

However, PredictIt collects a 10 percent fee on all shares sold at prices higher than the customer paid. There is no fee for selling shares at the same price or at a lower price.

In the example above, that means the $5,718 is actually $5,147 after PredictIt’s take. There is an additional five percent fee to process withdrawals.