The Houston Astros are guilty. The 2017 World Series champions are in crisis mode following the league handing down a maximum $5 million fine for the team’s sign-stealing scheme that ran between 2017 and the 2018 seasons. 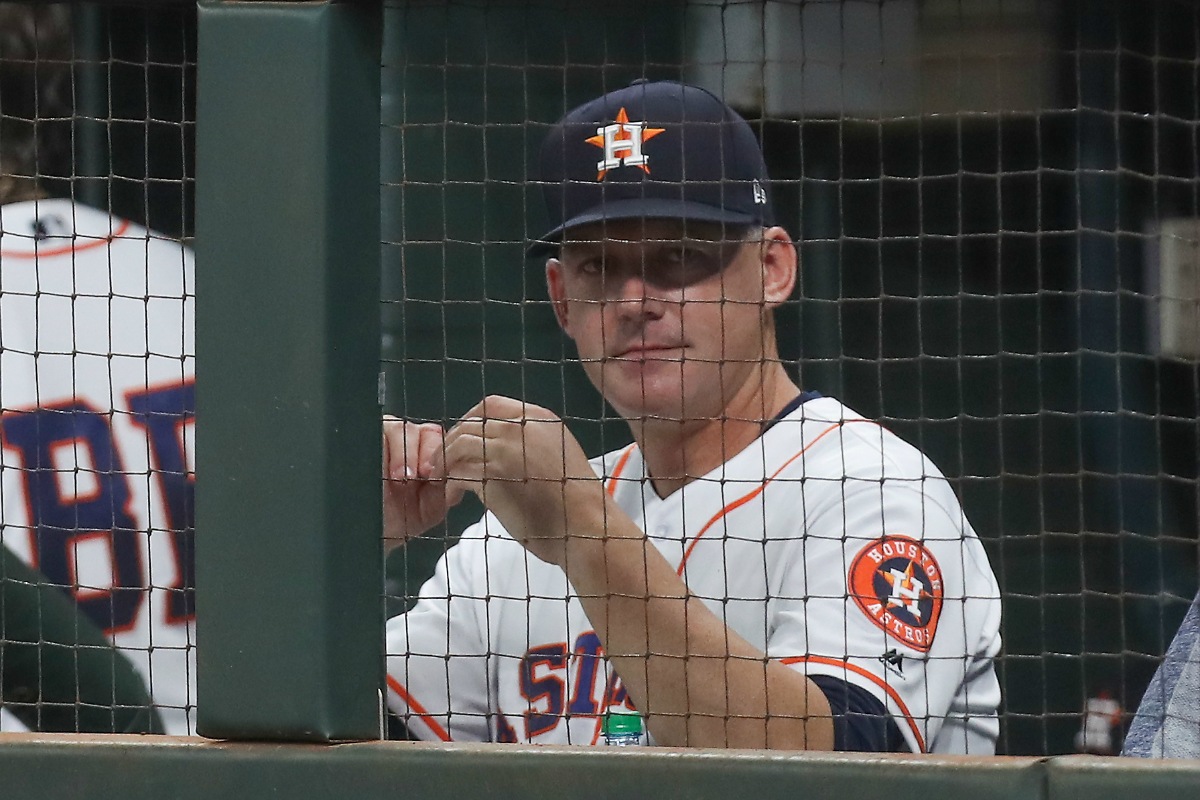 Former Houston Astros manager AJ Hinch is barred from MLB for a year for not stopping his players from stealing signs. (Image: Steve Gonzales/Houston Chronicle)

Along with the $5 million fine, General Manager Jeff Luhnow and Manager AJ Hinch were both suspended by MLB for a year, and the team will forfeit four first and second-round draft picks.

While it is impossible to determine whether the conduct actually impacted the results on the field, the perception of some that it did causes significant harm to the game,” MLB Commissioner Rob Manfred said in a statement.

The league’s investigation found that Astros players used a video feed from center field to steal signs from the opposing catcher and pitcher. The players then banged on a trash can to relay the expected pitch to their batter.

MLB policies ban the use of technology to steal signs. Hinch maintains the sign-stealing practice was orchestrated by his players and former bench coach Alex Cora – who is now the manager of the Boston Red Sox and remains under MLB investigation.

“I have higher standards for the city and the franchise, and I’m going above and beyond MLB’s penalty,” Crane declared. “We need to move forward with a clean slate.”

The US Supreme Court struck out the longstanding federal ban on sports betting in May of 2018. The big four pro sports leagues had fought New Jersey’s wishes to legalize gambling on sports primarily on concerns that widespread legal sports betting would jeopardize the integrity of their games.

Initially, the leagues pushed to receive a cut of revenues generated in new sports betting states in order to pay for associated costs of monitoring betting patterns for suspicious activity. Casinos and sportsbook operators fired back, asking what the leagues might do now that they haven’t already been doing – knowing that illegal underground and offshore betting markets have existed for decades.

Ironically enough, Astros ace Justin Verlander spoke publicly last summer about the game not being entirely fair. He says the balls have been altered in order to increase scoring.

“They’ve been using juiced balls in the Home Run Derby forever. They know how to do it. It’s no coincidence. I find it really hard to believe that Major League Baseball owns Rawlings and just coincidentally the balls become juiced,” Verlander opined.

The sign-stealing drama is far from over. Cora, who was the bench coach with the Astros during their 2017 title season, is expected to be penalized. Cora won the 2018 World Series managing the Red Sox, meaning a person who MLB believes was involved in sign stealing won two of the last three Fall Classics.

The 2020 MLB season throws out its first pitch March 26. In the interim, sports bettors can take futures odds on which team will win the World Series.