Icahn Enterprises, the holding company of billionaire Carl Icahn, is asking a New Jersey Superior Court judge to dismiss a lawsuit filed against the company by the Atlantic City government regarding its delay in demolishing Trump Plaza. 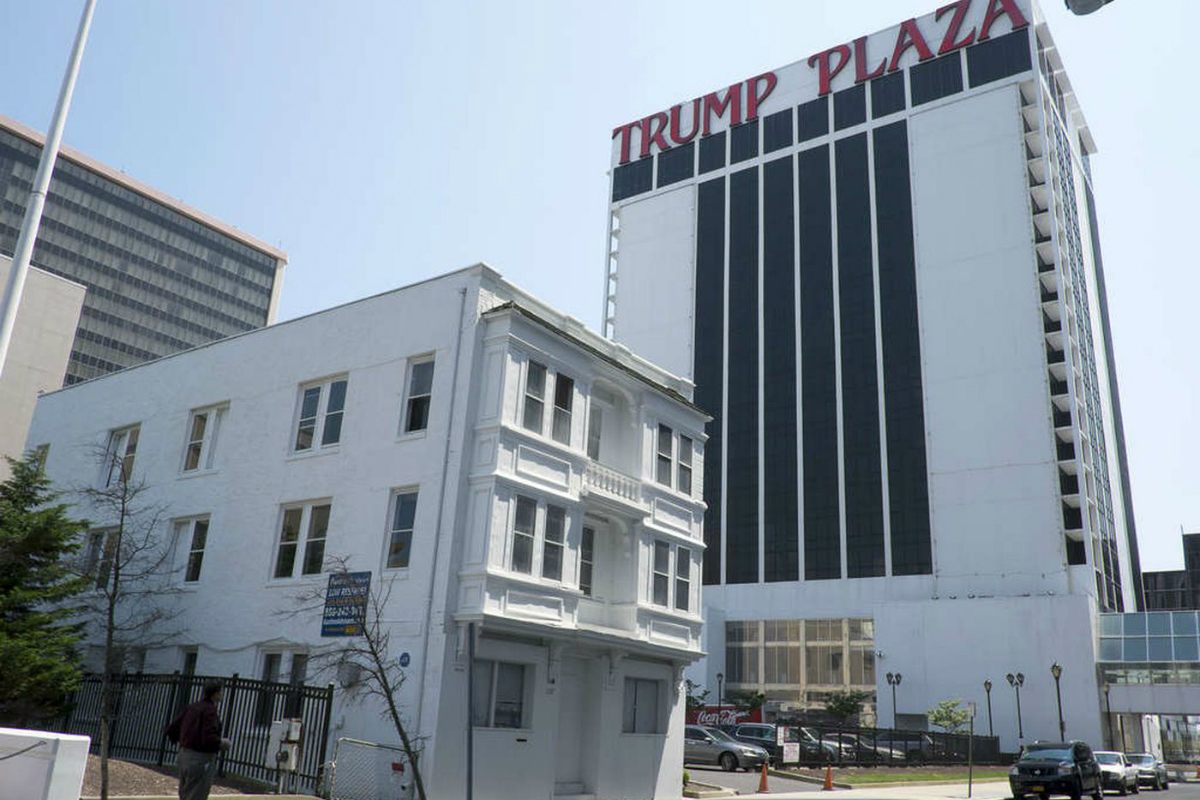 A house still remains whose owners refused to sell to Donald Trump back in the early 1980s while he was building Trump Plaza. Now, the days are numbered for the closed casino resort. (Image: Ed Hille/The Philadelphia Inquirer)

Shuttered since September 16, 2014, the vacant Boardwalk casino resort is badly deteriorating Videos of falling stucco and debris are circulating on the internet. Atlantic City Mayor Marty Small (D) has deemed the building a public health hazard, and wants it brought down immediately.

Attorneys for Icahn Enterprises, parent company to Trump Entertainment Resorts and Trump Plaza, says it is doing just that.

Defendant is at a complete loss as to why the City is wasting the Court’s and parties’ time and effort on this matter,” Icahn attorney Michael Sklar wrote in response to the lawsuit. “There is no imminent safety threat. IEP has taken, and continues to take, substantial measures to secure the Plaza Tower and to protect the public.”

Sklar added that Icahn Enterprises “has already made the decision to proceed with the demolition of the Plaza Tower.”

Icahn acquired the shuttered Atlantic City casino when he purchased Trump Entertainment in bankruptcy in 2016. He closed Trump Taj Mahal that same year, and later sold the property, which cost $1.2 billion to open in 1990, to Hard Rock International for just $50 million.

Trump Plaza is located centrally in the beachfront gaming town. It’s situated between Boardwalk Hall and Caesars, and at the entry where the Atlantic City Expressway brings in visitors.

Icahn has expressed little interest in investing money into refurbishing Trump Plaza. He’s under the impression, as many others are, that the acreage is more valuable than the physical building.

Sklar says progress is being made to bring down the Plaza Tower, the original hotel structure. The parking lot and East Tower would remain under Icahn’s current demolition plans.

Icahn Enterprises has hired a New York City demolition project manager, and is underway with accepting bids for the destruction. In all, Icahn says the building could be down in as little as 12 to 15 months once a contract is reached.

Trump Plaza was designed by architect Martin Stern Jr., whose resume in Las Vegas is second to none. A few of his notable Las Vegas works include the Sahara, International Hotel (today Westgate), Riviera, and MGM Grand.

His close relationship with the late real estate billionaire Kirk Kerkorian, who founded the company that is today MGM Resorts, allowed him to be involved with the early founding of the Strip. He’s credited with developing the integrated resort concept.

Trump Plaza was the site of the famous baccarat session in which notorious Las Vegas and Atlantic City high roller Akio Kashiwagi lost $10 million. The Japanese real estate investor was characterized as KK Ichikawa in the Martin Scorsese film Casino.

When Kashiwagi was stabbed to death some 150 times in Japan near Mount Fuji with a samurai sword in 1992, Trump Plaza was reportedly still owed $4 million. The murder was never solved.