The French Lick Resort recently completed a $17 million addition that it hopes will attract sports fans and golfers to the historic Southern Indiana casino. 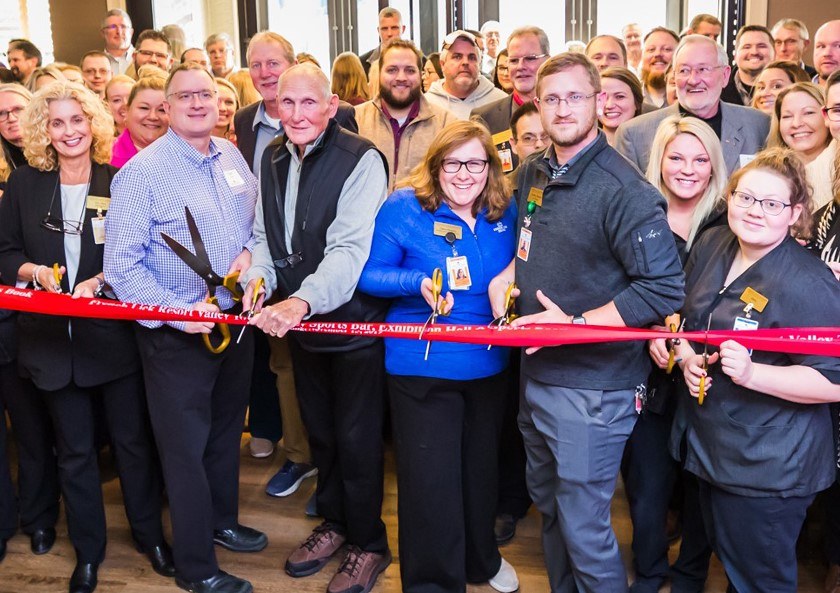 The investment includes the opening of the Valley Tower, a six-story, 71-room hotel. It’s the third hotel on the resort, which also extends into nearby West Baden Springs, Ind. The tower also includes 12 suites that can be arranged as one-, two-, or three-bedroom configurations.

The tower also includes the Valley Sports Bar that is located near the casino’s sportsbook, which opened in early September.

Dave Harner, who serves as the resort’s director of golf, said the new amenities should help French Lick attract even more golfers to its three courses. They include a century-old Donald Ross course that’s been restored to the legendary designer’s specifications and a course built by Indiana native Pete Dye, who also designed such courses as the TPC at Sawgrass and Brickyard Crossing at Indianapolis Motor Speedway.

So many of our golfing groups consist of huge sports fans, so we think they’re going to make the Valley Tower and the new Sports Book area, their preferred place to relax and enjoy all the fun French Lick Resort has to offer,” Harner said.

French Lick is located about 60 miles northwest of Louisville, Ky., and about 100 miles south of Indianapolis.

Most people associate French Lick now with Hall of Fame basketball player Larry Bird, who grew up in the small town. However, the resort helped put the town on the map more than 170 years ago.

In 1845, a doctor built the French Lick Springs Hotel and marketed it as a spa due to the nearby sulfur springs. In 1850, another doctor built a spa just a mile up the road in what’s now known as West Baden.

A renovation after a fire in 1888 led the West Baden Springs to add an opera house and other features associated with European spas. It’s signature attraction was the world’s largest free-span dome ceiling that stretched 200 feet. Not to be outdone, the developers at French Lick eventually added marble flooring and golf courses.

While the French Lick Resort continued as a tourist attraction, the West Baden Springs resort fell apart, eventually starting to crumble by the early 1990s.

More than a decade ago, the Cook Group bought both hotels and renovated them at a cost of $600 million. The casino in French Lick reopened in 2006, and it became the state’s first land-based casino two years later.

It has earned high ratings as a resort casino destination, including from U.S. News & World Report.

While French Lick is looking to attract more people to its brick-and-mortar sportsbook, the casino is one of the biggest sportsbooks in the state thanks to its online presence.

Rush Street Gaming, which operates the casino’s sportsbook, was the one of the first to go mobile with BetRivers in early October. In November, the sportsbook reported a handle of $9.6 million. Of that, $8.4 million was wagered online. That ranked fourth among all sportsbooks in the state.