Sports betting in Indiana continues its meteoric rise as the state’s sportsbooks reported a handle of $147.3 million in November. That’s according to figures released Tuesday by the Indiana Gaming Commission (IGC). 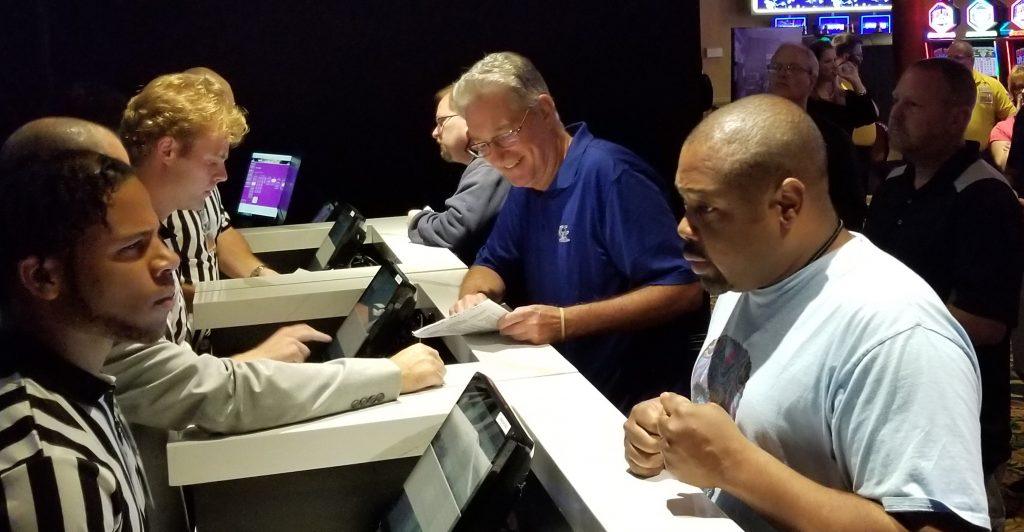 Patrons at Horseshoe Southern Indiana place their bets on Sept.12 when the Caesars Entertainment casino celebrated the grand opening of its sportsbook. (Image: Casino.org)

That’s nearly 61 percent higher than the $91.7 million wagered on sports in October. While betting on football jumped more than 40 percent from month-to-month to $57.7 million, the start of basketball season also helped fuel the big jump.

In November, the first month for college basketball and the first full month of NBA action, Indiana’s sportsbooks took $33.6 million in bets. That’s more than a five-fold increase from October’s $6.2 million.

While the handle has increased significantly, the taxable adjusted gross revenue (AGR) has not kept pace. In fact for November, the AGR was $9.3 million, down from $11.5 million in October. As a result, the state’s share was $883,361 in November, down from nearly $1.1 million the month prior.

As the IGC notes in its monthly statement, the AGR takes into account all wagers made for that month and subtracts the payouts on winning wagers made during the month. So, the sportsbooks will report the revenue on futures bets – such as action on the Super Bowl in February or the NCAA Final Four in April – when that event happens.

Mobile continued to be the dominant player in Indiana sports betting as the state’s three apps combined to process nearly two-thirds of all money wagered in November.

DraftKings once again took top honors. The online app, tied to the Ameristar Casino in East Chicago, reported a handle of $64.1 million and $4.3 million in revenues.

FanDuel’s first full month in Indiana produced a handle of $23.7 million. The app, which launched in late October through the Blue Chip Casino Hotel in Michigan City, generated $1.7 million in revenue.

BetRivers, the Rush Street Gaming app developed for the French Lick Resort Casino, posted a handle of $8.4 million and $476,284 in revenues.

While the mobile apps continued to dominate, 11 of Indiana’s 13 retail sportsbooks saw their handles increase from October to November.

Horseshoe Hammond’s closest competitor, the Ameristar Casino, reported a handle of $8 million in November, up about $1.2 million from October. It’s receipts before adjustments totaled $735,103, nearly $275,000 less than in October.