The International Team took a surprising 4-1 lead on the opening day of the 2019 Presidents Cup, with Tiger Woods and Justin Thomas delivering Team USA its only win in fourball. 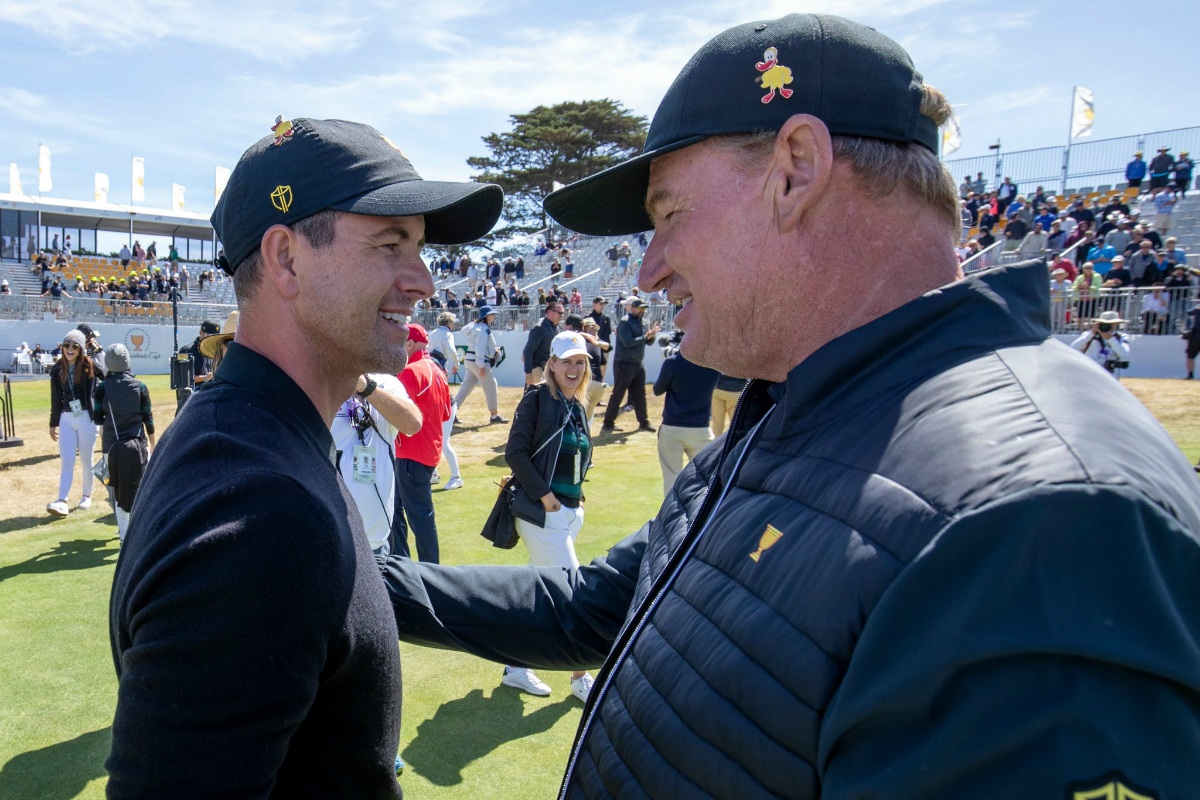 Adam Scott (left) and International Team captain Ernie Els are off to a picture-perfect start in the Presidents Cup. (Image: Simon Baker/AFP)

Tiger Woods and Justin Thomas paired up in the first match of fourballs. They took on Joaquin Niemann and Marc Leishman, won the first two holes, and never looked back on their way to a 4&3 victory.

It was precisely how the heavily favored Americans were supposed to handle the Presidents Cup. But the Woods/Thomas win would be the US team’s only point of the day.

All five matches had the American team favored. But Patrick Cantlay and Xander Schauffele lost 1 down to Sungjae Im and Adam Hadwin in the second match. They were followed by three more losses.

Tony Finau and Bryson DeChambeau lost 2&1 to Byeong Hun An and Adam Scott, Patrick Reed, and Webb Simpson 1 down to CT Pan and Hideki Matsuyama, and Gary Woodland and Dustin Johnson lost 4&3 to Louis Oosthuizen and Abraham Ancer.

The International Team is off to its best start in 14 years. “This is the start we needed,” team leader Adam Scott said. “We haven’t seen this for a while. We’ve got to try to keep this lead now as long as possible, and hopefully the week runs out.”

Woods, the US captain who picked himself as one of his four captain’s picks, was his team’s lone positive takeaway on Thursday. The 43-year-old made six birdies in what was a rather masterful performance in his 24th Presidents Cup match victory.

Asked what clicked between he and Woods, Thomas answered, “Tiger was working well between the two of us.”

Smith continued, “He played great. I didn’t really take advantage of the opportunities I had, and that’s what you have a partner for. It’s nice knowing that, and it’s nice because I know he’s playing well.”

Woods and JT will pair up once again later today in foursomes.

The US will look to bounce back on Friday in foursomes play.

The format is alternate shot, where one player tees off, and his teammate then hits the next shot. Each match is worth a total of one point.

A tie scenario for all five matches is at +550.